Only after the reports of NVIDIA downgrading the specifications of the G-Sync Ultimate monitors, the company decided to issue a statement explaining why it was necessary.

The issue started with a tweet from PC Monitors who noticed that NVIDIA listed ACER X34 S as a G-Sync Ultimate monitor. This display has a nominal brightness of 400 nits (550 peak) which is nowhere near NVIDIA’s (now old) recommendation of ‘over 1000 nits’. As it turned out, the company has recently changed its G-Sync marketing materials. Probably to allow more display monitor manufacturers to meet the G-Sync Ultimate recommendation. The manufacturer issued a statement to Overclock3D explaining the situation:

Late last year we updated G-SYNC ULTIMATE to include new display technologies such as OLED and edge-lit LCDs.

The ACER X34 S monitor was erroneously listed as G-SYNC ULTIMATE on the NVIDIA web site. It should be listed as “G-SYNC” and the web page is being corrected.
— NVIDIA to Overclock3D

While it is important to note that 1000 nits are indeed an extremely high requirement, it was somewhat a definition of an ultimate gaming display. However, since panel manufacturers were unable to meet the requirements, NVIDIA modified the specs allowing more monitors to be certified.

NVIDIA has now confirmed that the ACER X34S was erroneously listed as G-Sync Ultimate. This only means that G-Sync Ultimate certification will not start at 400 nits, but at 600 nits and above. What is important to note is that NVIDIA claims that peak brightness and VESA DisplayHDR standards are not required for certification. However, both standards are important for people who are looking for HDR gaming displays, whether NVIDIA likes it or not.

In the statement, NVIDIA confirms that ‘original G-Sync Ultimate displays were indeed 1000 nits with Full Array Local Dimming (FALD), however, due to increasing popularity of new technologies such as OLED or multi-zone edge-lit displays, those recommendations have now changed. At least now we know why.

Sadly, NVIDIA has not released the full updated specifications for G-Sync Ultimate displays, so it wouldn’t be surprising if there was a change in ‘lifelike HDR’ terminology once again in the future. 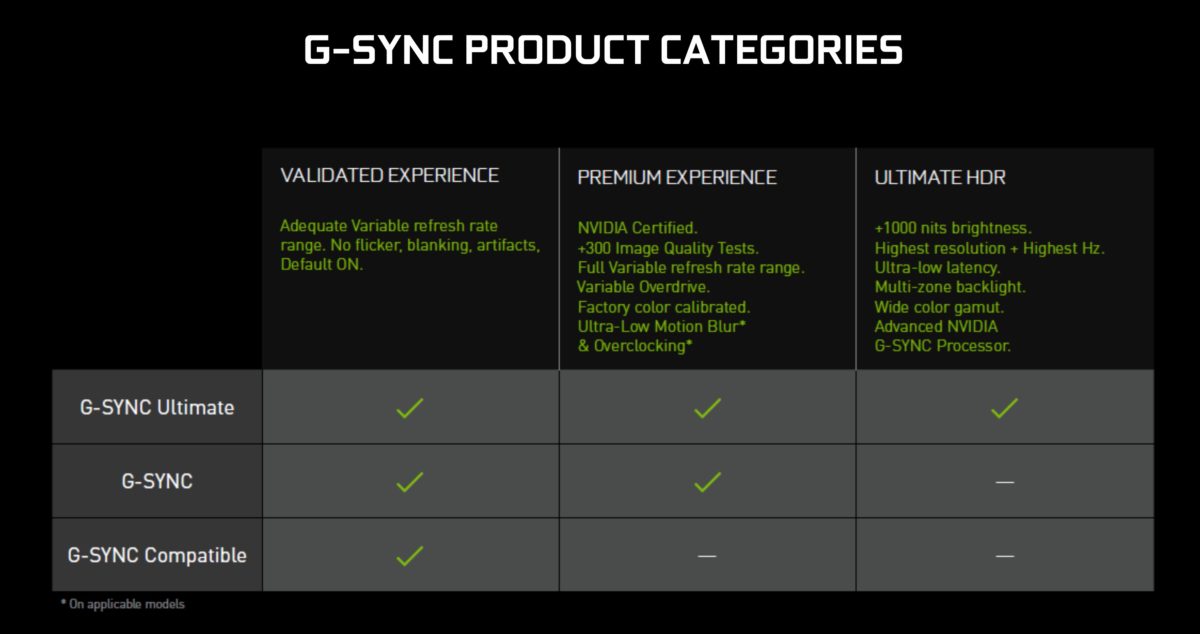