The GPU maker is adjusting pricing for desktop Ada GPUs.

The company was forced to lower the prices due to increasing value of the Euro compared to US Dollar. This means that the price cut is likely not a result of the upcoming Radeon RX 7900 launch. 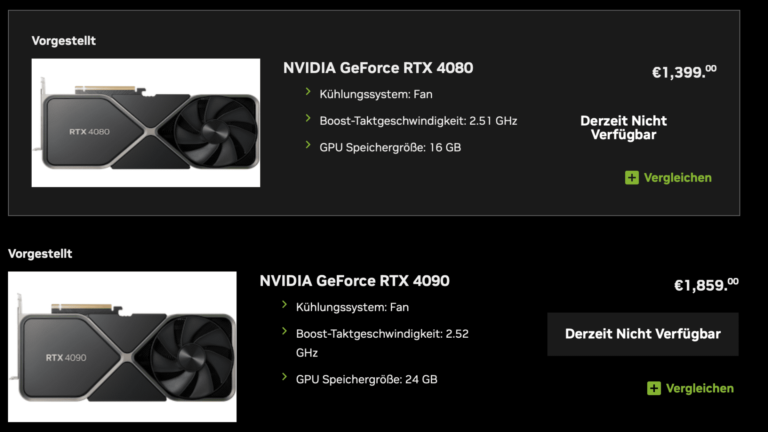 New prices have already been implemented for Founder Edition GPU sold by official partners as well as for some custom models. Custom models are as expensive as €1,410 and €2,100 respectively for RTX 4080 and 4090 models. The latter GPU is still much more popular among enthusiast.

AMD is just about to launch their Radeon RX 7900 series next week which are designed to compete with GeForce RTX 4080 with lower prices. This means that RTX 4080 may see a further price drop soon.