NVIDIA A800 for China

NVIDIA has quietly introduced a new series of data-center products, codename A800.

The series are to be offered exclusively to Chinese companies in an effort to bypass US export rules to the country. The A800 series are basically the same chips as A100 with one exception, the high-speed interconnect bus known as NVLink has been limited to 400 GB/s.

NVIDIA will be offering all A100 GPUs under new names, including A800 40GB PCIe, A800 80GB PCIe and A800 80GB SXM variants. The official specs sheet posted by one of the Chinese companies does not confirm the clock speeds for each GPU. However, they appear to have the same compute performance as A100 series, therefore the clocks should be the same. 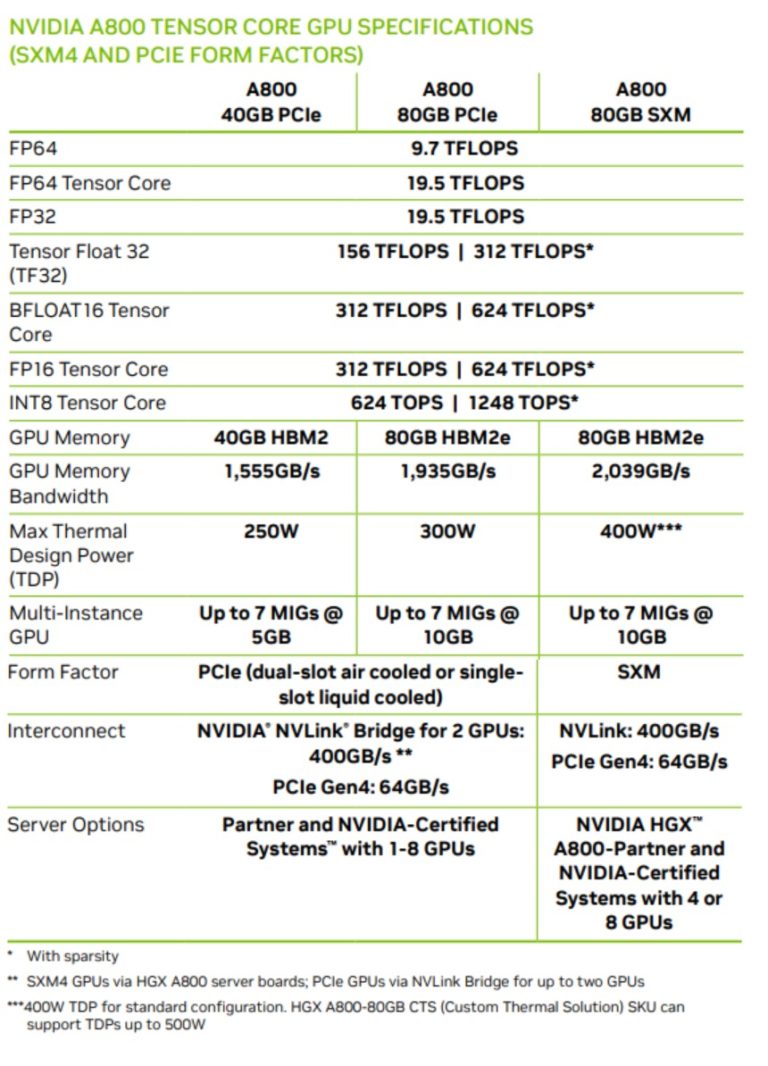 NVIDIA has previously said that Chinese market is $400 million worth of sales, so the customization of A100 to meet the regulations should still turn profitable.