NVIDIA claims GeForce RTX 3050 is infinite times faster than GTX 1650/1050 in the new RTX ON graph, but those do not support raytracing

Yesterday NVIDIA made an update to its upcoming GeForce RTX 3050 website where a new ‘performance’ graph has been revealed.

It probably wouldn’t have caught our attention if not for the fact that it is probably the most pointless graph ever made on the NVIDIA website. The company compares its RTX 3050 desktop card with GTX 1650 and GTX 1050, both considered successors to the upcoming Ampere model. Both cards shipped without hardware acceleration of raytracing.

In this graph, NVIDIA RTX 3050 desktop GPU is offering 60 (fps?) in Control and Minecraft, both games with RTX ON. Meanwhile, GTX 1650 and GTX 1050 do not support RTX (raytracing and DLSS) which is why they sit at 0. The RTX 3050’s successors are doing a bit better in Borderlands 3, which luckily for all cards included, does not have raytracing. 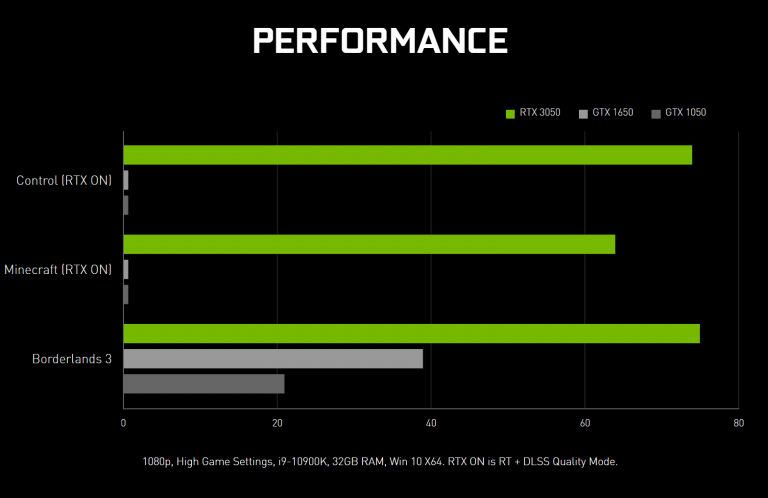 We can only guess what NVIDIA had in mind when making this graph. The company might have wanted to underline the fact that RTX 3050 is a second XX50 class GPU with raytracing acceleration (the first was RTX 2050). And just to add the cherry on the top, this graph titled ‘Performance” does not even mention what is being compared.

The graph has quickly gained popularity and has been turned into a meme by Jarrod Walton from Tom’s Hardware:

Let me improve on that chart for Nvidia… pic.twitter.com/SczldcHlLS

Furthermore, with the website’s update arrived the European pricing of RTX 3050. The card will cost 279 EUR in the eurozone, which is around 312 USD and 249 USD after removing ~20% taxes, so just as expected. There are no leaks on retailer pricing yet, but this card will without a doubt cost more, especially in Europe. 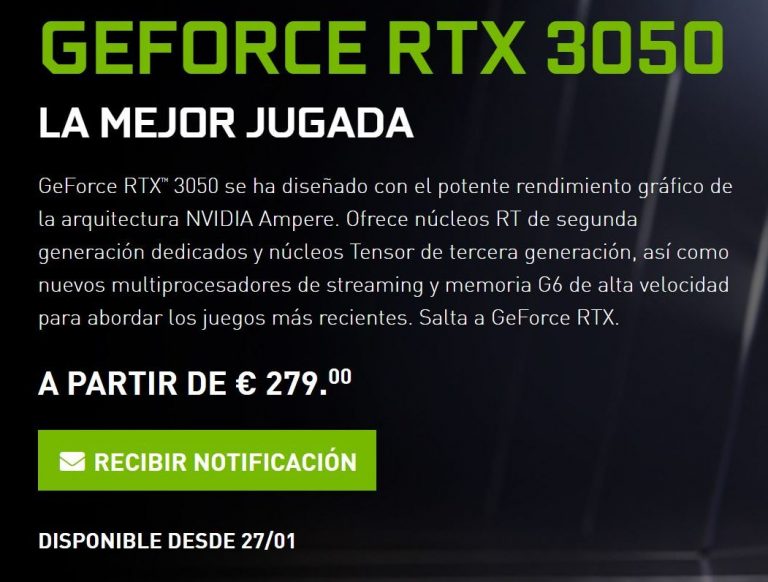 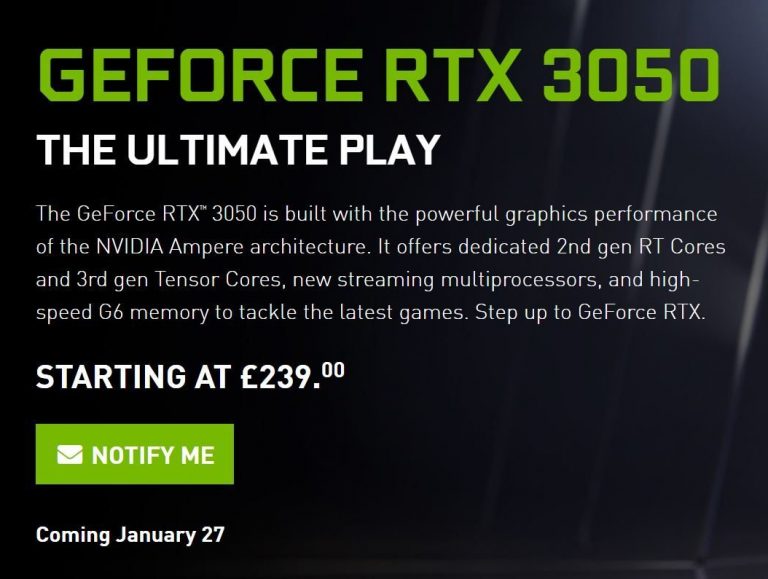