Some details on NVIDIA’s next-gen AI accelerator have leaked just an hour ahead of the announcement.

Contrary to the rumors that NVIDIA H100 based on Hopper architecture will be using TSMC N5, NVIDIA today announced that its latest accelerator will be using a custom TSMC N4 process technology. The rumors were also wrong about the transistors count. This monolithic GPU is build with 80 billion transistors. The chip features up to 16896 FP32 CUDA cores for the SXM variant and 14592 cores for the PCIe based model. 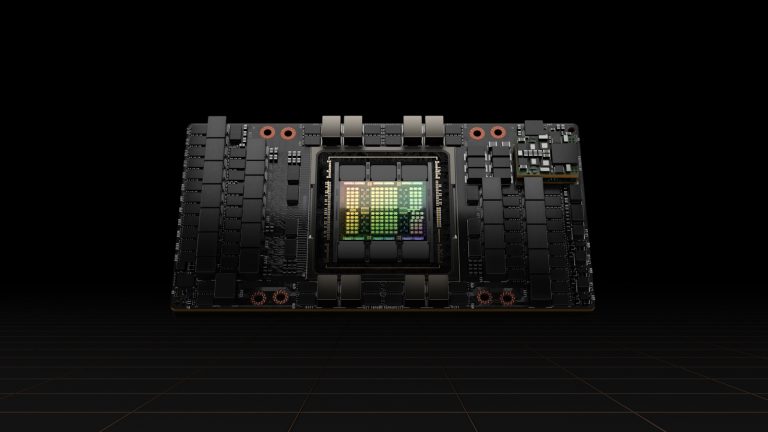 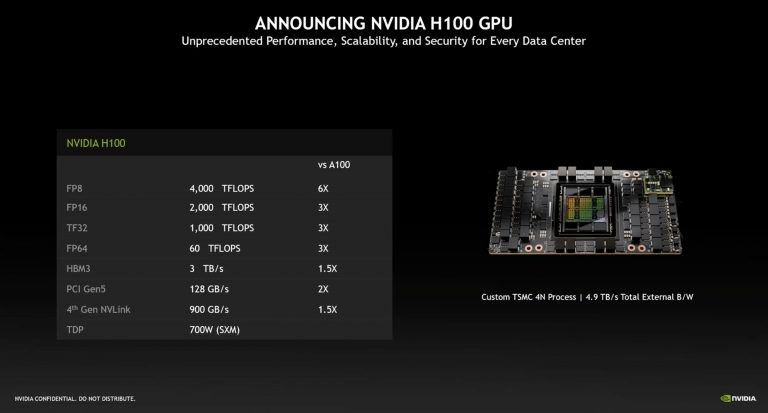 NVIDIA H100 has HBM3 memory with 3 TB/s of bandwidth, this is 1.5x more than A100. This next-gen accelerator features 80GB of High-Bandwidth-Memory. The technology will depend on the variant though, the SXM model has HBM3 rated at 3TB/s whereas the PCIe based H100 GPU has HBM2e rated at 2TB/s. 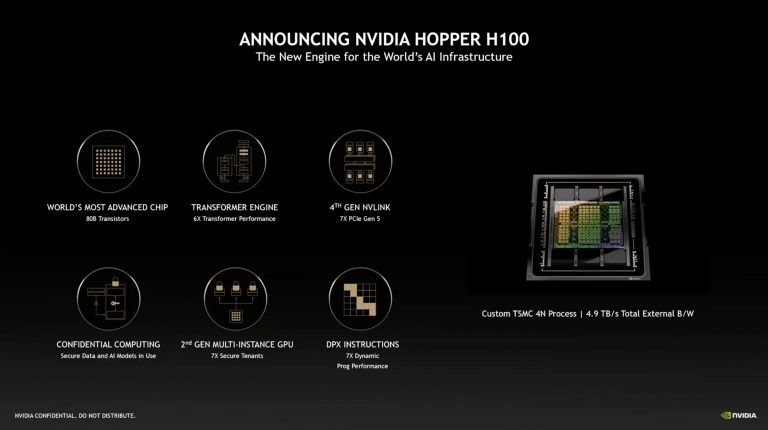 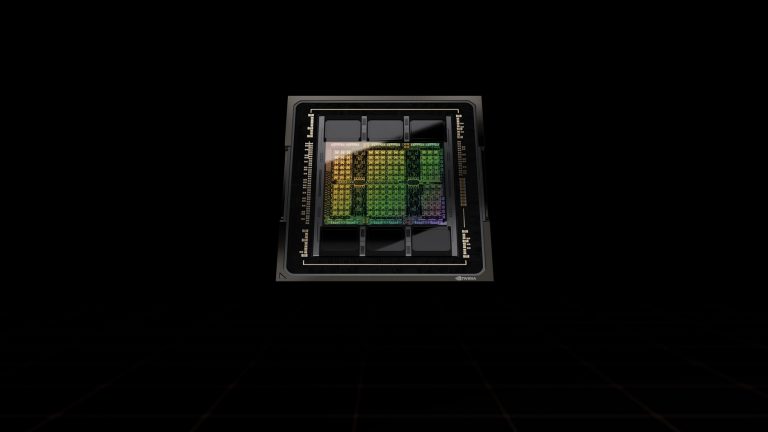 The accelerator will be using PCIE Gen5 or SXM form factor. The latter will have a TDP of 700W, exactly 300W more than A100. 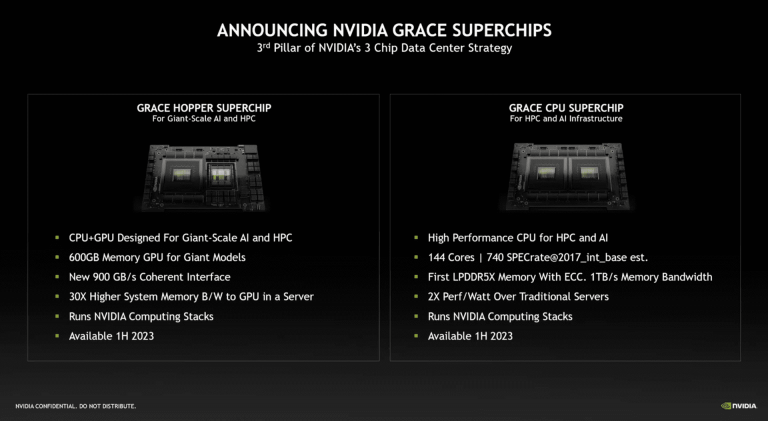 NVIDIA is also launching two ARM-based Grace CPU platforms today. One features Grace CPU combined with Hopper GPU featuring 600GB of memory, whereas the other features two Grace CPUs with a total of 144 cores. It will be equipped with LPDDR5X memory. Both Grace SuperChips will be available in the first half of 2023.