QuasarZone have an interesting comparison between power limit and undervolting on NVIDIA’s flagship GeForce RTX 4090 GPU.

It should be said beforehand that RTX 4090 power efficiency is already quite good which was demonstrated by launch reviews more than a month ago. Reviewers have already shown that despite relatively high TDP of 450W, the card actually barely hits this limit in games. To make things even more intriguing, the card can be further optimized to show even better efficiency.

The RTX 4090 power limiting method has already been shown in those reviews, but undervolting is a bit more complicated, therefore not mentioned by all reviewers. In this case, we have a good comparison of both methods using the same card and the same, although short game list.

QuasarZone tested the RTX 4090 in five games (Cyberpunk 2077, Marvel Spider-Man Remastered, Forza Horizon 5, Lostark, PUBG Battlegrounds). All games were tested at 4K and with maximum quality settings, ensuring it is the GPU that may become a bottleneck, not other components. The results are as follows for average and 1% low framerates: 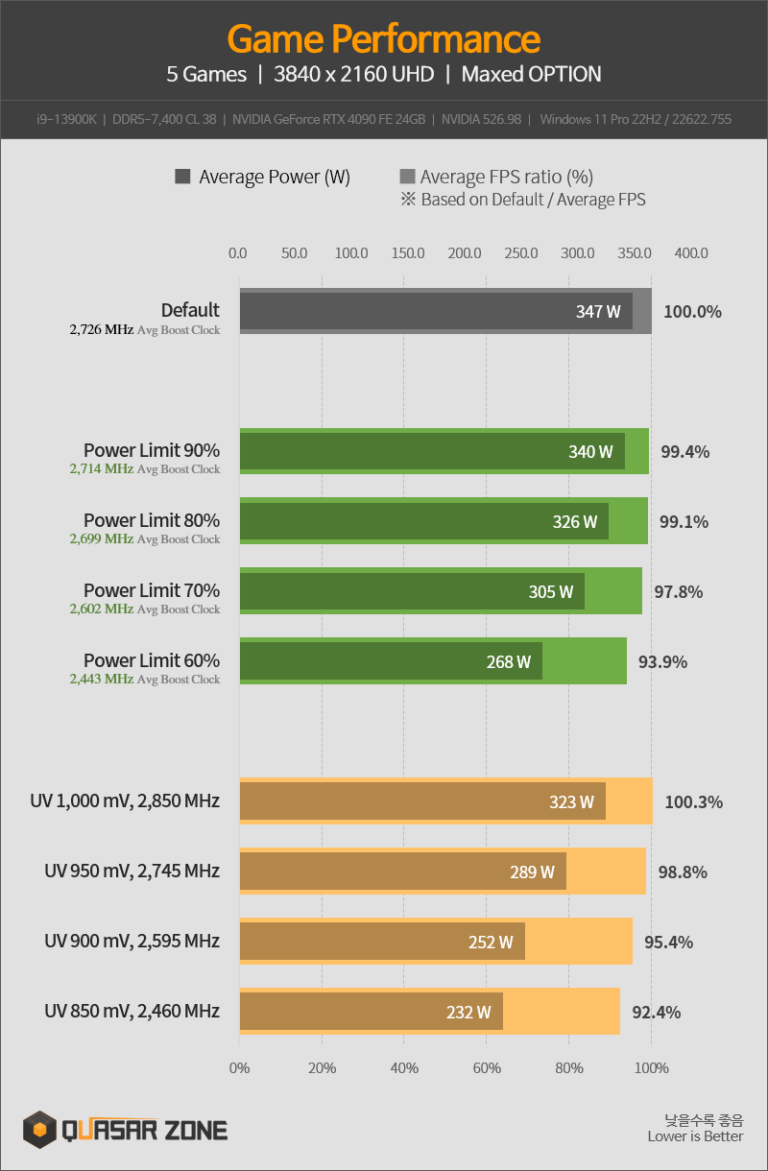 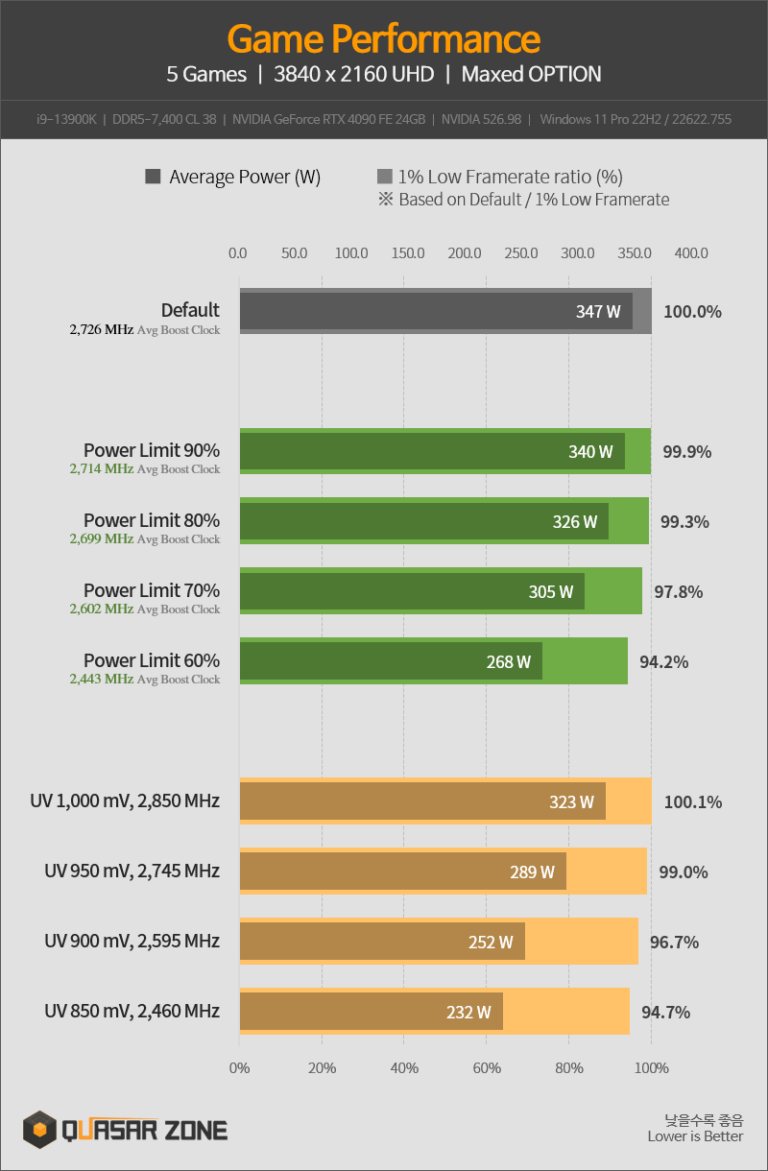 The long story short, power efficiency has greatly improved, regardless of which method was used. Undervolting appears to show better results nonetheless which means higher clocks and lower power consumption, but at the same time this method is more complicated to use (replies on NVIDIA voltage curve). 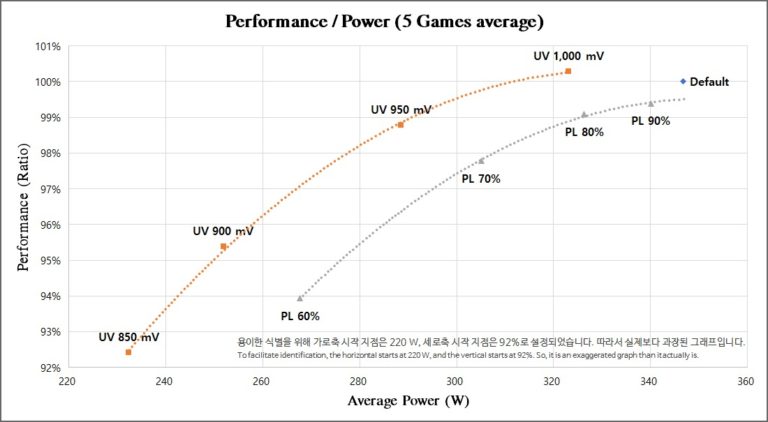 It goes without saying but power limit option is much simpler to use (only requires one slider adjustment in tools such as MSI Afterburner). However, regardless of which option technique is used, performance degradation is minimal. Even with the most impactful settings, performance has only declined by up to 8%, while reducing power consumption by more than 110W. In this case, RTX 4090 was running at almost half of the advertised TDP.