Unfortunately, this is not a full review. This is a showcase of preproduction Razer laptops that were provided to Jarrod by NVIDIA. What this means is that a more detailed review is not possible until the embargo is lifted. Instead, we are provided with DLSS3 vs. DLSS2 comparison between Ada and Ampere Laptop GPUs in a few games and some productivity benchmarks, so pretty much what NVIDIA wants us to see for now.

Jarrod is comparing this gaming laptop to last-gen Razer Blade 17 featuring Core i7-12800H and RTX 3080 Ti GPU (operating within the same TGP range). It is also important to note that both systems have different memory. The Blade 16 has DDR5-5600 whereas the Blade 17 features DDR4-4800, which may affect performance. 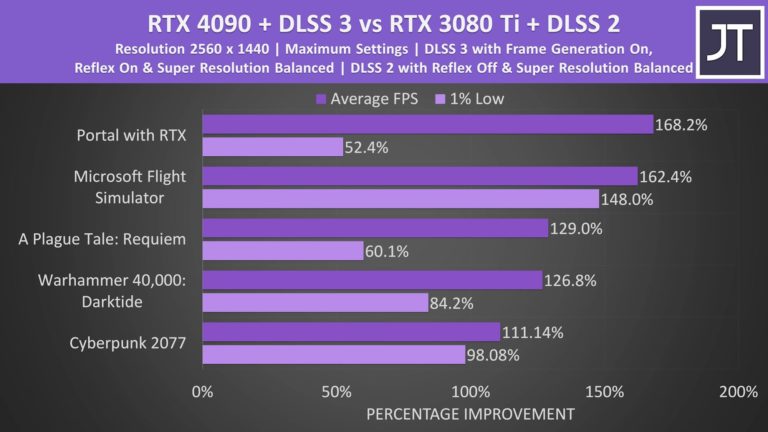 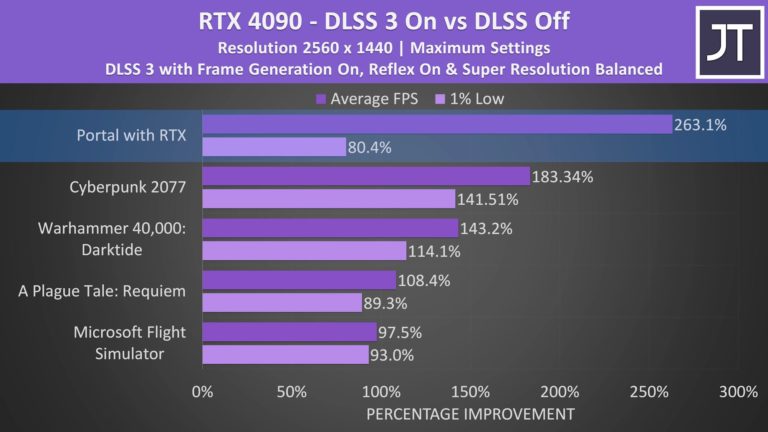 This sneak peek shows RTX 4090 with DLSS3 upscaling technology enabled in comparison to RTX 3080 Ti with DLSS2. It goes without saying, but this comparison is not very useful, one would prefer to see typical raster performance instead. However, should a game support DLSS3, it will provide at least 80% to 263.1% better performance on RTX 4090 GPU.

A bit more interesting are Blender and DaVinci Resolve comparison, with no DLSS tricks involved. Here the RTX 4090 is 72.4% to 135.8% faster in Blender and at least 126% faster in Resolve Studio when rendering 8K and 4K videos using H.265 codec. 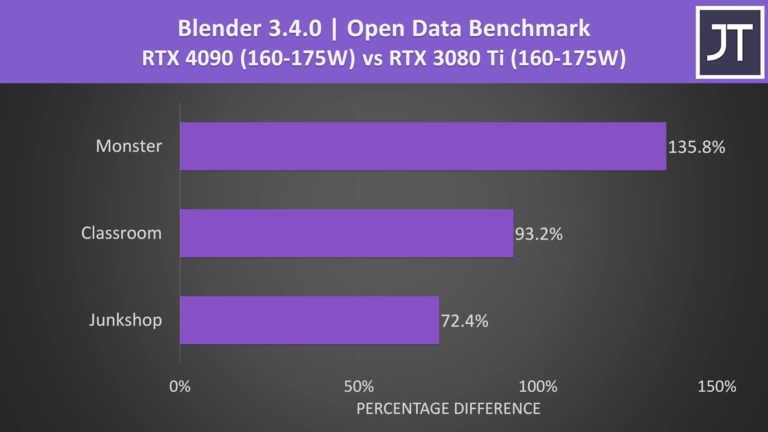 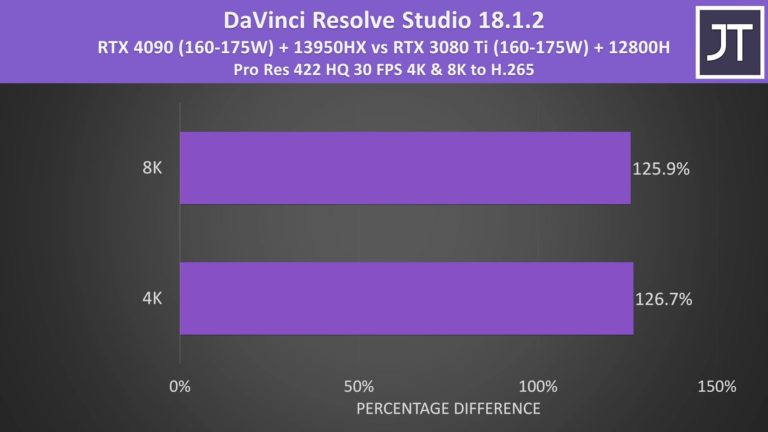 Jarrod is preparing videos featuring all the upcoming RTX 40 GPUs. As he said, Schenker (XMG) is to provide him with many laptop configurations, so there will be a lot more to watch. The RTX 4090 showcase also features some latency comparison, so if this is something you are interested in, check the video below: