In case there was any doubt, here’s Jensen with RTX 4090.

NVIDIA is set to announce its RTX 4090 flagship Ada GPU in just a couple of hours. Many of you were wondering how NVIDIA’s own design might look, and we can finally tell you it is precisely what the leaks have suggested. 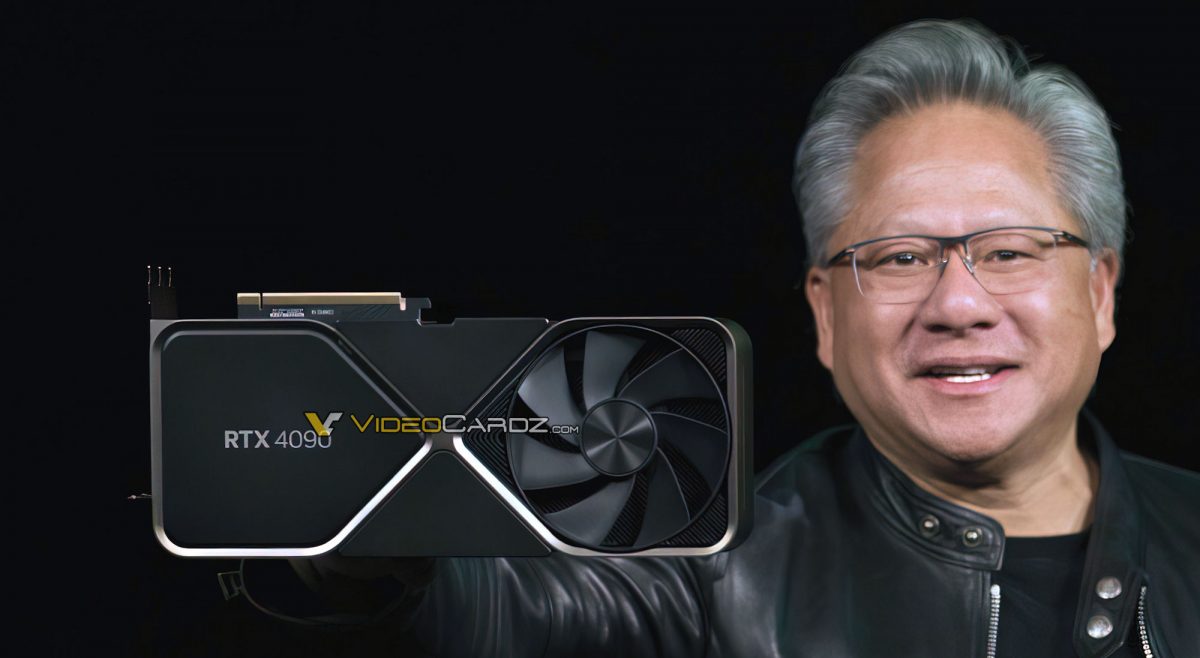 A picture we received shows the RTX 4090 Founders Edition as a triple-slot and dual-fan design, much like the RTX 3090 Ti is. Just as expected, the card new RTX logo featuring NVIDIA’s new font, which has already been seen on leaked packaging photos as well as on the company’s website.

Furthermore, the next-gen GPU clearly has a bigger axial fan than the Ampere model, and it matches perfectly the leak that featuring RTX 4080 dated a few weeks back: 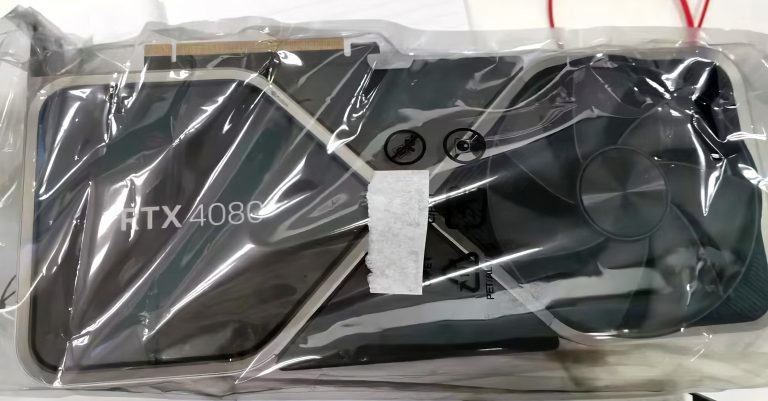 NVIDIA is keeping board partners and the press in the dark when it comes to pricing and release date. That said, there is no need to speculate at this point because it will all be confirmed as soon as the broadcast starts.