The RTX 4080 may cost a lot more than official MSRP.

NVIDIA announced its RTX 4080 16GB card at $1199 (£1269) which should be the price for the Founders Edition and the cheapest board partner designs. Nearly 3 weeks away from the official launch of new Ada SKU, we can now see that UK retailers will ask for an extra 180 pounds sterling.

Palit RTX 4080 GameRock series, featuring three models all with 16GB VRAM are now listed by LaptopsDirect. This retailer expects you to pay at least £1450 for the cheapest model, all the way up to £1530 for the most premium design by Palit. That’s significantly more than NVIDIA MSRP.

The first thing we did was to check on RTX 4090 pricing at this and other retailers. Unfortunately, despite the official MSRP for the flagship Ada GPU being 1679 GBP, the cheapest models you can find in stock in the UK are at £1950. The same price is listed by LaptopDirect, meaning this RTX 4080 pricing may actually be more accurate than we typically expect from early listings. 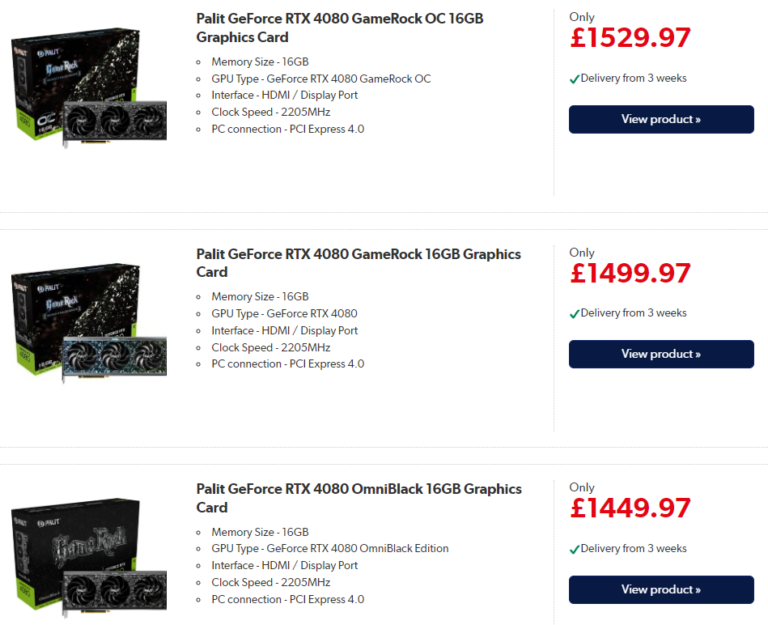 And in case you have missed this launch, Palit GameRock OmniBlack is a new design already confirmed for RTX 4090 series. It’s a special variant of the GameRock series with “Starlight Black crystal design” but without the ARGB behind the cooler shroud. This is also the cheapest GameRock model. 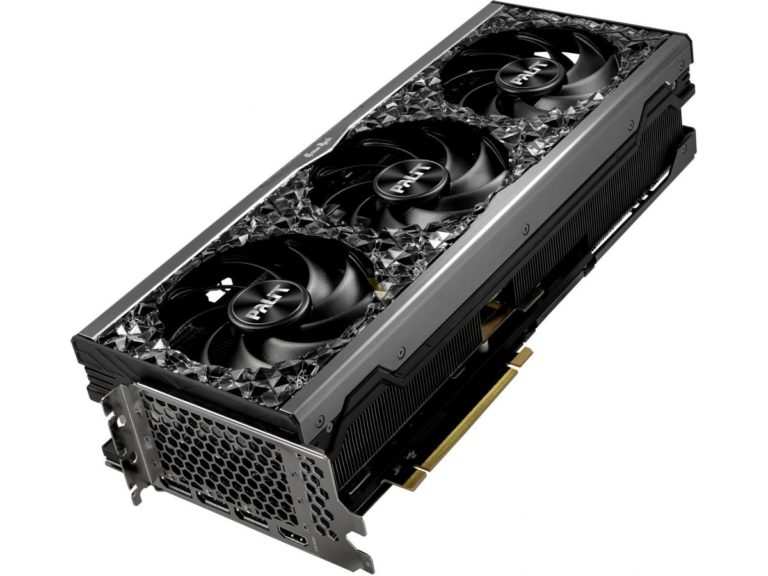 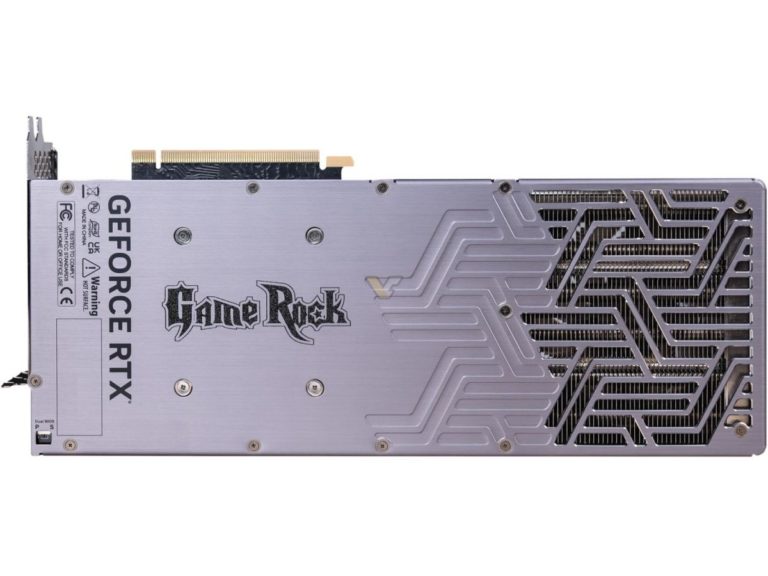 In terms of design, the RTX 4080 series appear to be identical to RTX 4090, which may explain the higher price, but it certainly shouldn’t be this high.

Many thanks to Purgatory_Nabil for the tip!