With just 9 days until official launch of RTX 4080 graphics cards, reviewers should now have their cards in hand. This obviously leads to first performance leaks surfacing before the embargo.

According to newly emerged Geekbench data, the upcoming GeForce RTX 4080 has been tested with three different graphics APIs, including Vulkan, OpenCL and CUDA. For us, this is an opportunity to compare the scores to known GPUs, such as RTX 3080 or 3090 Ti. Here is now it stacks up.

The GPU has been tested with a high-end system equipped with ASUS ROG Crosshair X670 Extreme motherboard and Ryzen 9 7950X CPU. A common setup among reviewers. It is correctly recognized as RTX 4080 with 76 Compute Units (Stream Multiprocessors) with 9728 CUDA cores and with 16GB of VRAM. It goes without saying, but this is not the canceled 12GB variant. 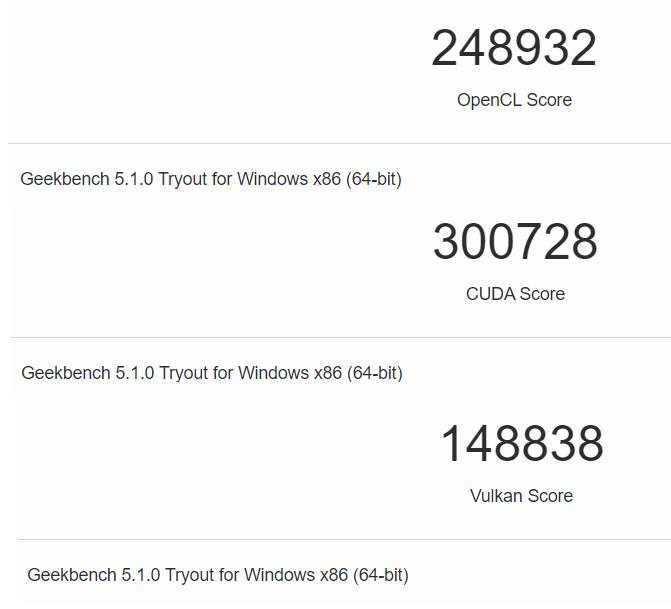 Obviously, the Geekbench test is far from accurate comparison for gamers. This is a very short and relatively light test that oftentimes does not even engage the fans on the GPU. So take that into consideration.