This is a follow-up to the yesterday’s leak featuring GeForce RTX 4080 16GB in 3DMark tests.

It is no secret that RTX 40 series will run at much higher clocks than Ampere GPUs. NVIDIA themselves have confirmed 2.85 GHz clock on their Founders Edition, while leakers are sharing more and more data that show next-gen GPUs running close or even faster than 3.0 GHz.

In fact, the same leaker that posted FireStrike Ultra and TimeSpy Extreme results yesterday has now shared a result from the primary TimeSpy test. A change from Extreme to default profile is important because it runs at lower resolution (1440p vs. 2160p). This test typically unlocks the GPU to run at a higher clock because this test is more CPU-bound than the 4K profile.

Needless to say, this was proven by the newly posted screenshot showing alleged RTX 4080 16GB with 3.0 GHz max clock. We can also see it shows 1.4 GHz memory clock which matches the specs of RTX 4080 16GB 22.4 Gbps memory configuration. 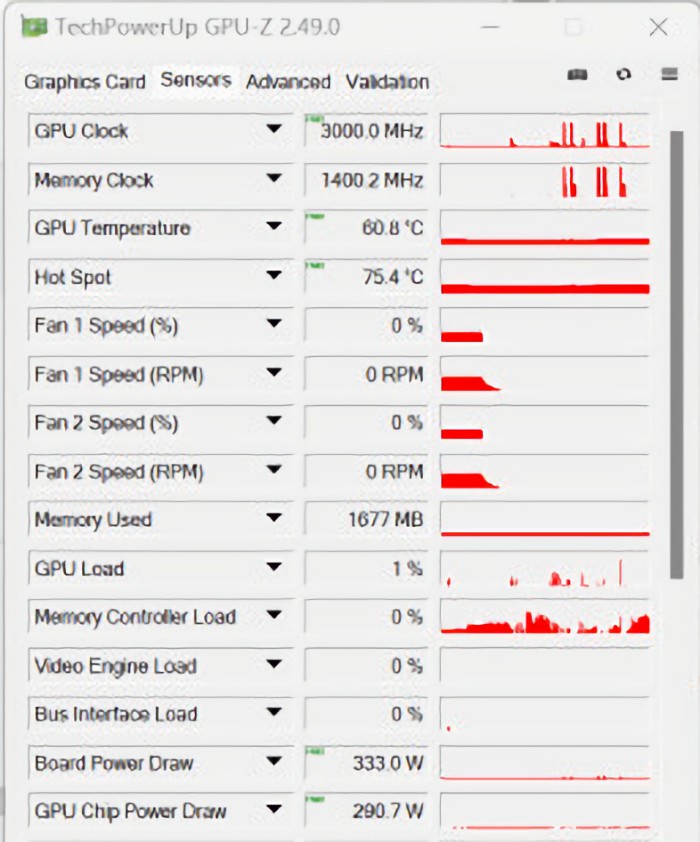 The leaked screenshot also shows a max temperature of 60.8°C and hot spot of 75.4°C. The GPU-Z software also recorded a peak power consumption of 333W and GPU power of 290.7W. The TDP of the RTX 4080 16GB is 320W, so this means a small power excursion or a custom model being tested. 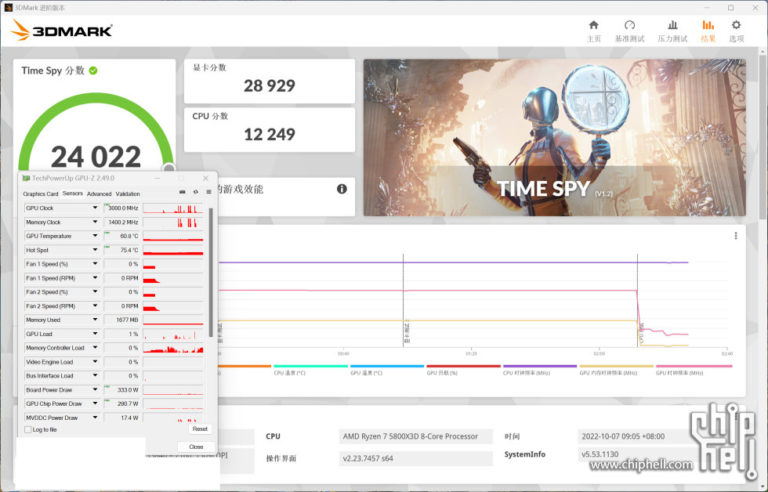 Since we have a new score, we can quickly check how fast is this new RTX 40 GPU. In this case, the gap is slightly bigger than in Ultra/Extreme 3DMark profiles, as shown yesterday (this again may prove it is an overclocked GPU). We are looking at RTX 3080 series offering 61 to 64% of RTX 4080 16GB.