YouTuber RedGamingTech shared exclusive photos of box for yet unannounced RTX 4070 box. While there was no card inside, it confirms that NVIDIA might once again offer their design alongside board partners. 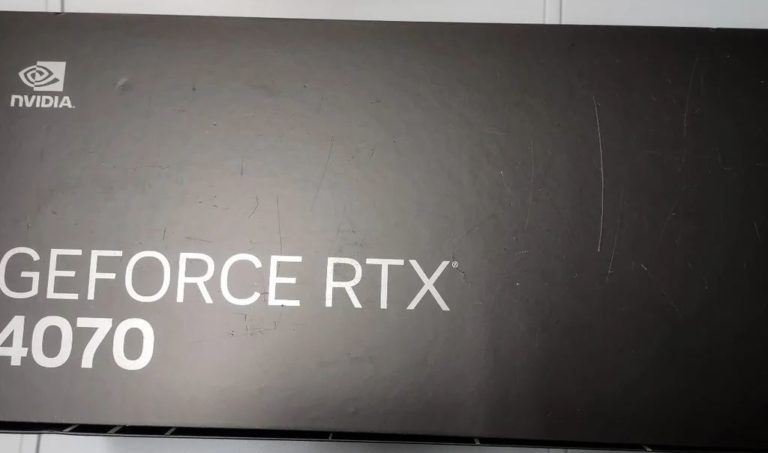 The picture above supposedly confirms NVIDIA’s earlier plans RTX 4070 Founders Edition GPU, that’s despite not offering a higher-end RTX 4070 TI model with their in-house design. The box that was pictured shows no card, which means that the card was either not ready at the time, or this was just a box design being prepared for a card that may come out.

Another leaker (kopite7kimi) came forward by saying that the same cooler design might be used by another AD104 GPU called RTX 4060 Ti. Both SKUs are expected in the first half of 2023. It would be a logical decision to reuse an existing board design and cooler for two cards.

The data written on the box confirms that the card would require a 2×8-pin to 1×16-pin power adapter, and it would be 112mm wide. For comparison, the RTX 4080 is 140mm wide, so this Founders Edition GPUs is considerably smaller.

The latest information indicates that the mass production of AD104-250 GPU is set for the second half of February, which typically means market availability a few weeks later.