The site had already shared 3DMark score of the RTX 4060 before, which in many ways is more useful than Geekbench, but today the first synthetic scores were shared of the RTX 4070 GPU as well. NVIDIA announced both GPUs earlier this week, but the reviews are probably not to be published until we get closer to launch next month.

It looks like the scores were once again supplied by a company called Thunderobot, who clearly have no issue leaking stuff at this point. They tested two identical systems equipped with Intel’s new Core i9-13900HX 24-core CPU. Since this is an enthusiast laptop design, one could assume that higher TGP variants were used, but have they really? 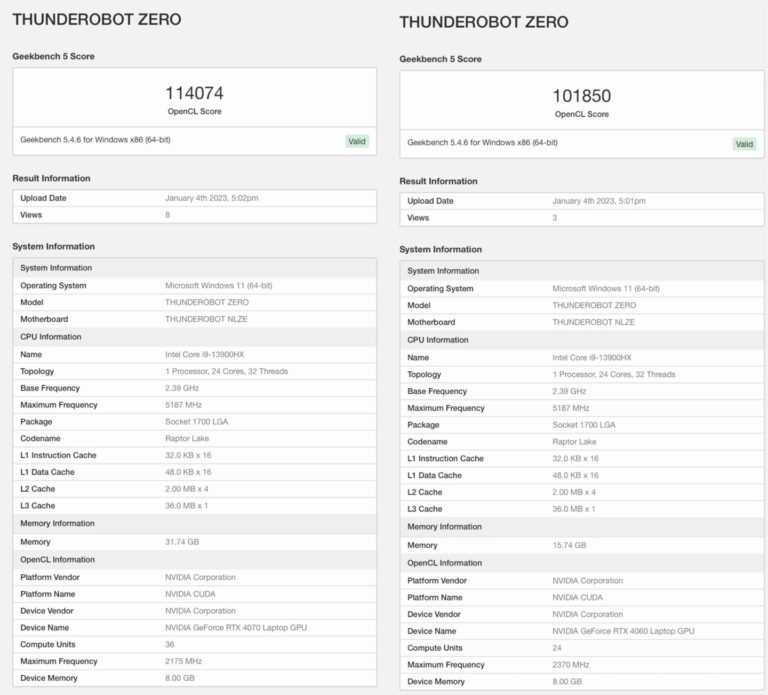 The performance is actually not very good, which would suggest this is not the top TGP variant (the so-called Max-P model) of either of the cards. The Geekbench data for RTX 30 “Ampere” shows an average from all TGP variants, so it is likely even higher if only the top TGP models were used. In any case, either something is wrong with the driver or Geekbench OpenCL is not showing the strength of the Ada architecture in mobile form factor.