NVIDIA is set to introduce its fastest gaming graphics card yet, the RTX 3090 Ti. 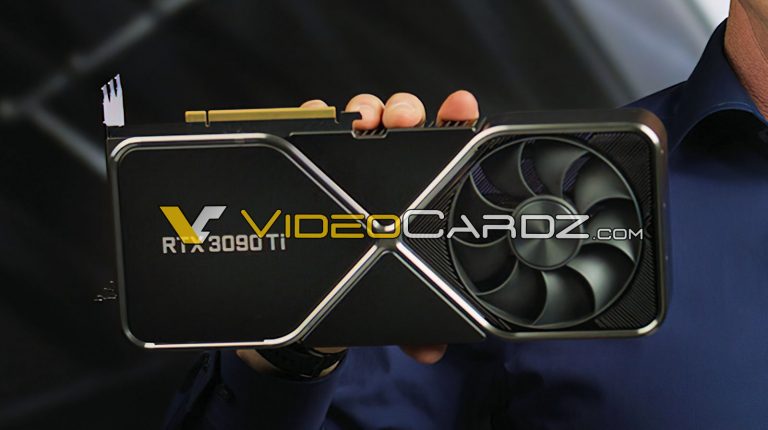 The RTX 3090 Ti Founders Edition is a triple-slot design, pretty much identical to the original model. The card will make use of a single 16-pin power connector which will feed up to 450W of power. We have already seen custom models with recommended 1000W power supply so this SKU is definitely not for mid-range spec’ed systems.

According to our information, the card will have a significantly higher base clock of 1560 MHz and a boost of 1860 MHz. This is respectively 12% and 10% higher than RTX 3090 non-Ti. What this means is that the card will offer up to 40 TFLOPS of single-precision compute power.

NVIDIA GeForce RTX 3090 Ti obviously won’t be cheap, but NVIDIA is yet to confirm the MSRP of this model, possibly during its CES 2022 special address tomorrow where the card will be presented for the first time.