There is an RTX 3090 Ti mini-review at TweakTown focusing on the graphics card’s memory overclocking and potential gains in cryptomining.

Cryptomining is nothing something we would like to advertise on this website, however, this is still technically one of the most popular tests for graphics memory overclocking. Over at TweakTown one can find a memory overclocking test for two RTX 3090 Ti cards, including ASUS ROG STRIX LC and MSI SUPRIM X models. Both of which feature 21 Gbps memory spec out of the box, but it is no secret that they can go much higher. The review is using cryptomining test to verify potential performance gains from memory overclocking.

There is a good chance that somebody has already been able to surpass the 1.5 GHz memory spec barrier, however this seems to be a limit for most cards. TechPowerUP have a roundup of four custom models, and none of them was able to go higher:

The sample tested by TweakTown was actually able to go above 1538 MHz, which basically means 24.6 Gbps of effective memory speed and 1181 GB/s of total bandwidth. That’s probably even higher than the upcoming RTX 4090 graphics card. However, this was not entirely a stable configuration. The lesson here is that the card can be used at 24 Gbps OC for long period of time during crypto-mining sessions, achieving some impressive results in a process: 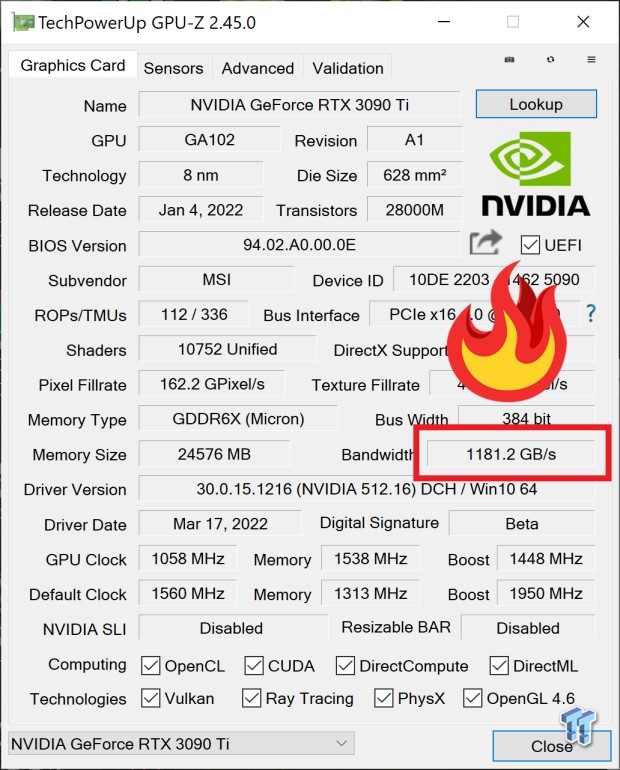 With 24 Gbps memory spec, the MSI SUPRIM X card achieves 130-132 MH/s in Ethereum mining. That’s nearly 25% higher than stock RTX 3090 Ti, but one should remember that RTX 3090 Ti has a lot of undervolting potential and crypto-mining does not need GPU clock and power limits to be at the highest level. 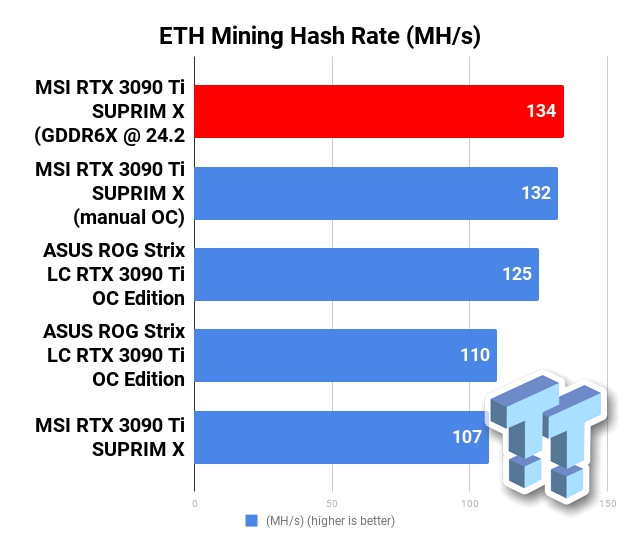 The upcoming GeForce RTX 4090 graphics card is now expected to feature 21 Gbps memory spec as well. This new card will likely use down clocked 24 Gbps chips, which in combination with much higher TDP (up to 600W) should enable consumer graphics cards to finally reach 1.2 TB/s at ease with overclocking.