NVIDIA GeForce RTX 3090 Ti flagship Ampere card may ship with 450W by default, but nothing is stopping enthusiasts from going higher.

MegaSizeGPU posted a screenshot from GPU-Z software which shows 890W power limit. The software confirms that the card has unlocked GPU power to 890W, almost double of what the card ship with. To unlock so much power, a special XOC BIOS for extreme overclocking is needed. The user confirms that ASUS TUF graphics cards does indeed work with this BIOS:

This BIOS is usually used during record-breaking competitions with liquid nitrogen cooling involved. Enthusiast should make great use of the XOC BIOS with graphics cards such as GALAX HOF or EVGA KINGPIN, both of which are equipped with dual 16-pin power connectors.

Most RTX 3090 Ti cards, however, are limited to one PCIe Gen5 connector which cannot feed more than 600W (at least by specs), but as shown below, models such as EVGA FTW3 can use up to 614W with this BIOS. 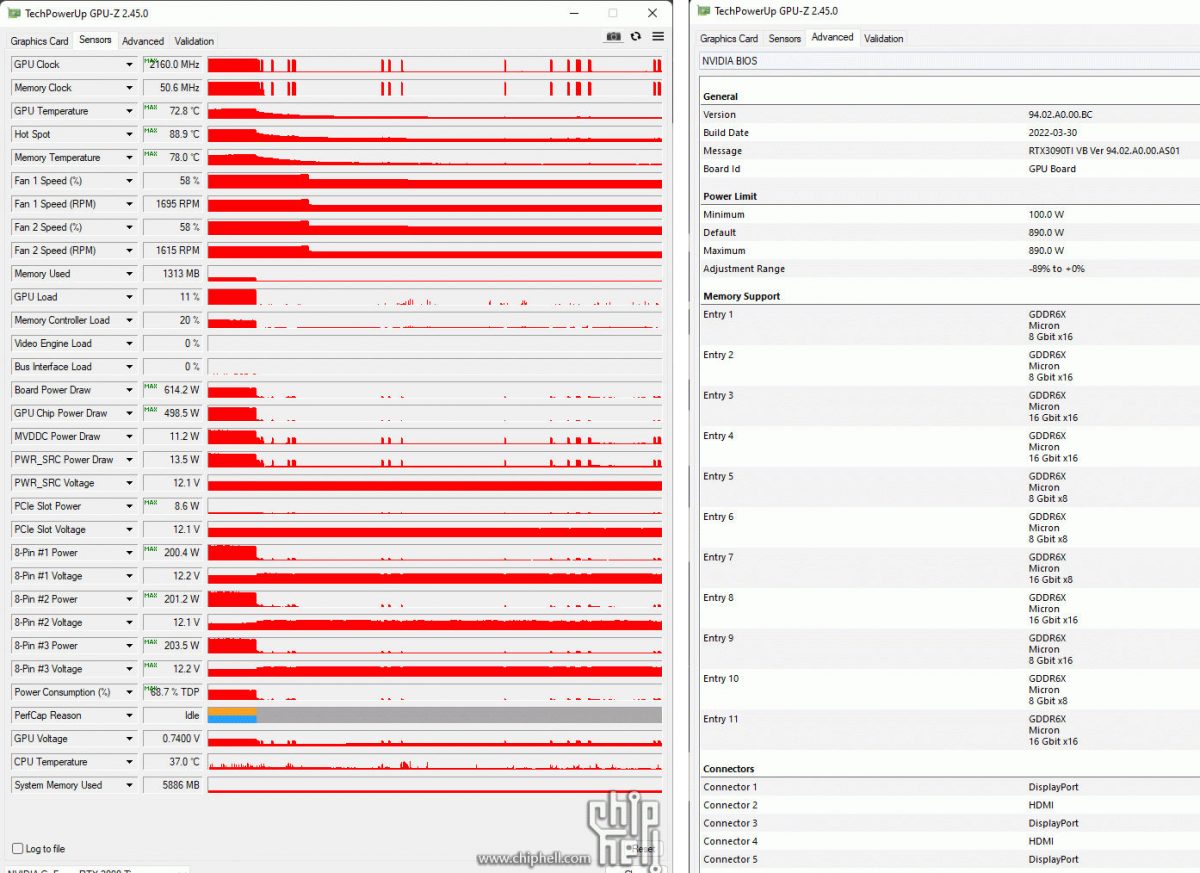 Various custom RTX 3090 Ti solutions are locked to sub-500W power limits, but there are exceptions that allow up to 516W (such ROG STRIX Liquid Cooled): 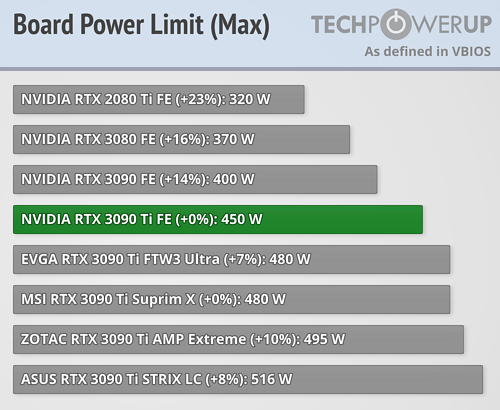 You can find the XOC BIOS through Chiphell forum link or on TechPowerUP website (we asked MEGAsizeGPU to upload it for everyone). Be advised, this may irreversibly break your card, and you are doing this at your own risk.