The card that launched in March with an MSRP of 2000 USD, is now officially available for 1600 USD. That’s a significant reduction for NVIDIA’s fastest model yet. NVIDIA AD102 based card launched just as the GPU pricing has begun its rapid decline by the end of first quarter, which is a result of cryptocurrency market crashing and oversupply of RT 30 graphics cards.

Best Buy is an official NVIDIA partner selling Founders Edition models exclusively in the United States. One could say that MSRP has officially been reduced by 400 USD, which is true, except this is not an official price cut but rather a retailer discount. Obviously, Best Buy is not selling these cards at a loss, but rather they received a deal from NVIDIA to lower the price. Hopefully this is a permanent discount though. 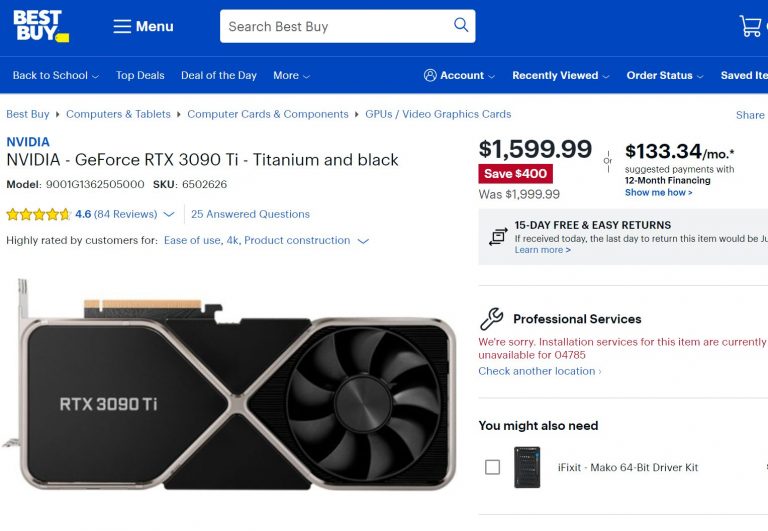 Officially, this model is still listed on GeForce website with 2000 USD price tag. This could suggest that current pricing might revert to original pricing eventually. However, given how much cheaper RTX 3090 Ti is on almost every market, it would be very hard to justify the official MSRP right now. 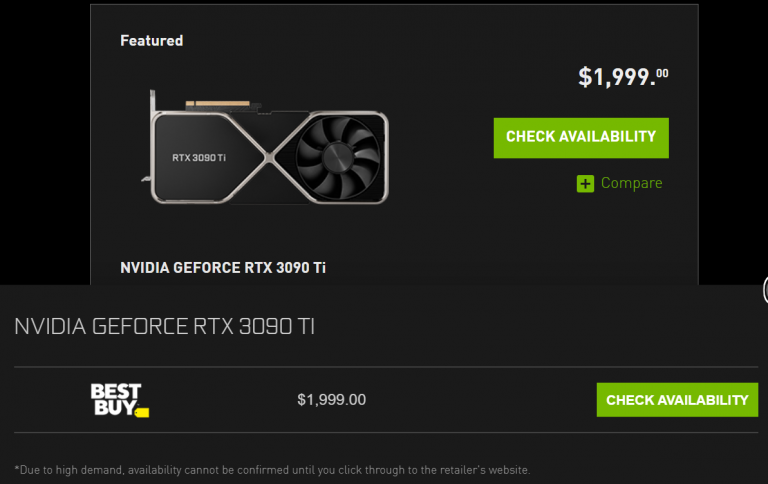 This discount is probably just a start of NVIDIA and retailer reducing RTX 30 GPU pricing. July and September will be the last months when retailers can still sell significant number of RTX 30 GPUs. Soon later we will be seeing leaks and probably official confirmation of next-gen RTX 40 GPU launch which will have an impact on current-gen sales, as it always does.