The NVIDIA GeForce RTX 3090 graphics card, the flagship Ampere SKU launching officially in two days, has been tested with cryptocurrency mining software. The card appears to offer around 120-122 MH/s in ETH mining.

We covered the RTX 3080 ETH mining performance quite extensively (updated chart included below). Out of the box, the 8704-CUDA based model offers 81 MH/s hash rate at stock and up to 89 with overclocking and power limit adjustment.

With a hash rate at 121 MH/s, the RTX 3090 appears to be 49.4% faster than RTX 3080. While this result is indeed impressive, the exact benchmark settings were not provided (graphics card settings, maximum power limit, mining algorithms), so these values should be taken with a grain of salt.

NVIDIA GeForce RTX 3090 will retail at 1,499 USD, more than twice as much as RTX 3080. The cost-effectiveness of RTX 3090 mining is substantially lower than the RTX 3080 model, which is already not looking great compared to the much cheaper Radeon RX 5700 series. 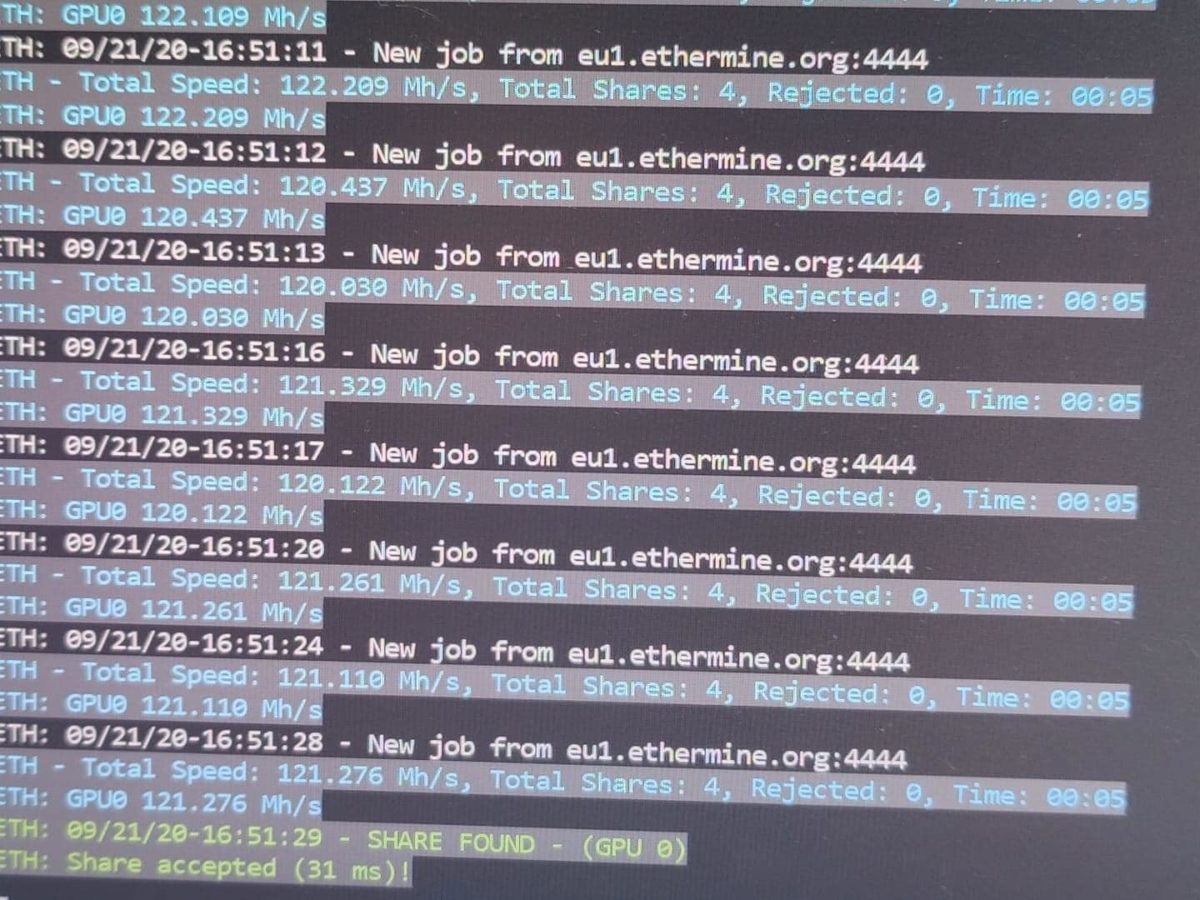