The PG133 board has been mentioned in various rumors many times in the past few weeks. It was mentioned by @kopite7kimi as the board design for the upcoming GA102 GPU graphics cards. Single boards are used by NVIDIA for multiple models based on the same GPU. This includes the X080 or X060 series. All these cards use the same board design with small changes to the power stages or memory layout.

The PG133A board has been spotted in Korean National Radio Research Agency. This certification process is usually the last step before the product reaches the market: 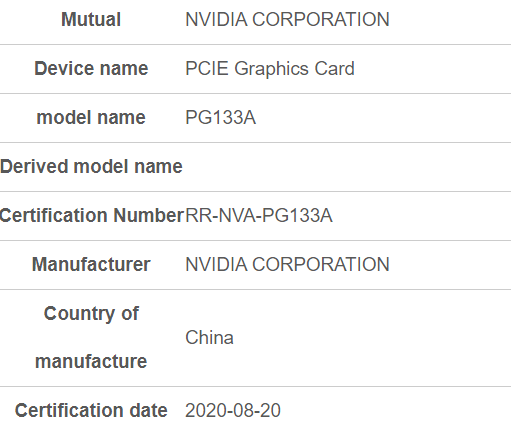 Based on previous launches, the PG133 board design is not likely to be used by Quadro series, as they were usually using their own board designs with different display configurations and power delivery circuits.

It is believed that another board variant called PG132 will be adopted by board partners. The PG133 would be exclusive to NVIDIA’s Founders Edition, as previous leaks suggest. Meanwhile, the PG133 is most likely the same board we saw with the RTX 3080 leak – the irregular-shaped one.

What is also interesting is the appearance of the new AMD board, codenamed D343. This board has been added to RRA database at the same time as the new XGMI bridge. This interconnect technology might also be powering the upcoming Radeon Instinct MI100.

The D343 board has been added in various configurations; D34315, D34316, D34317, D34318 and D34319. The number of those variations does not support the claim that this is MI100 – it should theoretically only launch on a single board. However, even more cut-down models of Arcturus chip should be expected. On the other hand, other D343 variants may simply be custom accelerators for special use, such as specific supercomputers with different thermal specifications (just a theory). 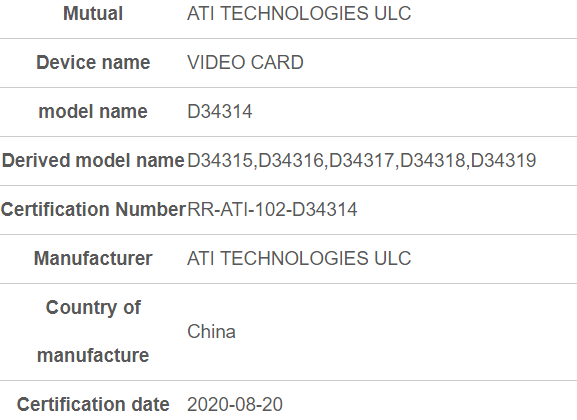 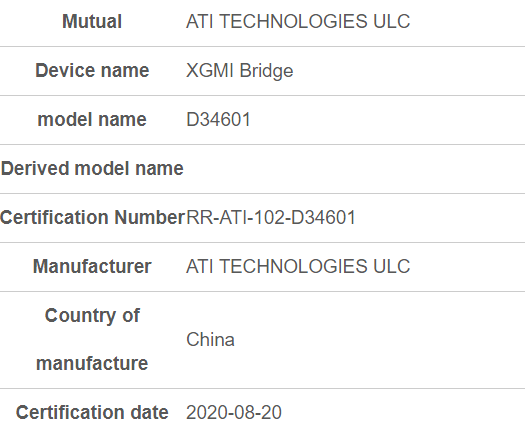