The creator does not reveal the graphics card itself, which may raise questions about whether it is based on real data. However, since the same channel already posted a review ahead of the embargo and it was later proven accurate, there is no reason to suspect otherwise.

As explained in the video, the creator was so determined to review this unreleased graphics card that he purchased the graphics card ahead of the embargo for 20,000 RMB (3,136 USD), which is 2.6x more than the MSRP for this model. Unfortunately, the exact model name is not mentioned, but it is said to be a factory-overclocked model. The creator failed to take a proper screenshot in the latest GPU-Z software which correctly reads the data from the 3080Ti BIOS. Instead, he used an older version that does not recognize the card, nor the sub-vendor PCI Device ID string, which makes it impossible to guess which model this is. 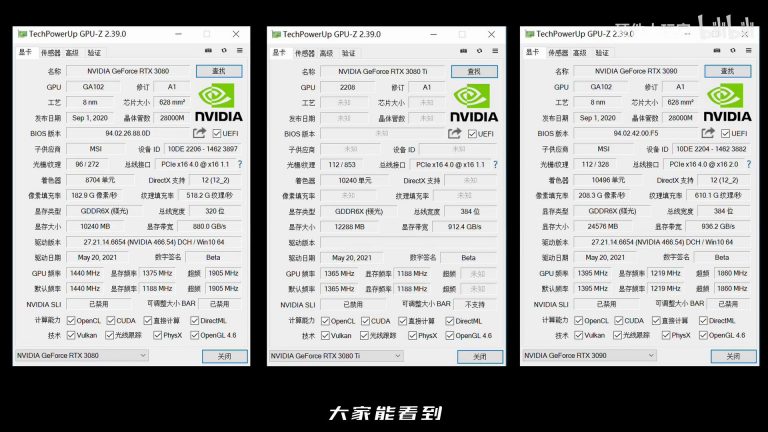 The graphics card was tested on a system equipped with Ryzen 9 5900X, MSI B550 UNIFY motherboard, and HyperX DDR4-4000 memory. The graphics card was reportedly tested using a 466.54 driver, which is currently only available to the press. The creator also mentions that his card was set into gaming mode (which in most cases means slightly higher clocks).

It is demonstrated that after optimizations RTX 3080 Ti can achieve 65 MH/s while consuming 227W. This is still a lot of hashing performance, but hopefully, miners will be put off by the very high price of this model (1199 USD). At this moment there is no indication that the hash rate limiter introduced with the RTX 3080 Ti has a chance of being broken. Till that happens, 65 MH/s appears to be a limit for RTX 3080 Ti. 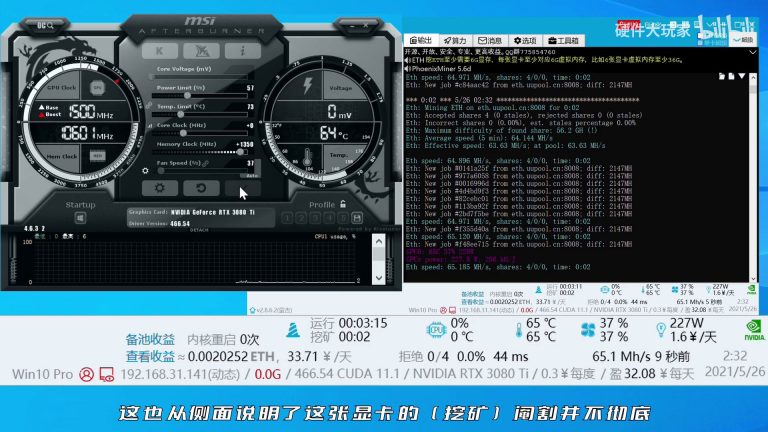 These are probably the most important charts from the video. They show all 3DMark (synthetic) and gaming performance combined. The purple bars represent the overclocked performance while pink refers to stock settings. All percentages are in reference to RTX 3080 Ti stock.

In 3DMark software, it appears that there is a minimal gap between RTX 3080 Ti and RTX 3090. Both stock and overclocking scenarios show less than a 3% difference. The performance difference between RTX 3080 Ti and RTX 3080 non-Ti is ranging from 12 to 5%, depending on the settings. This really shows that a massive increase in price over the non-Ti model is simply difficult to justify. 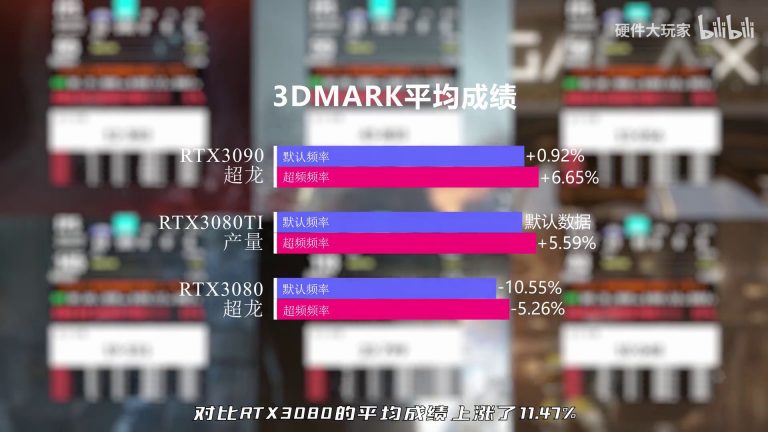 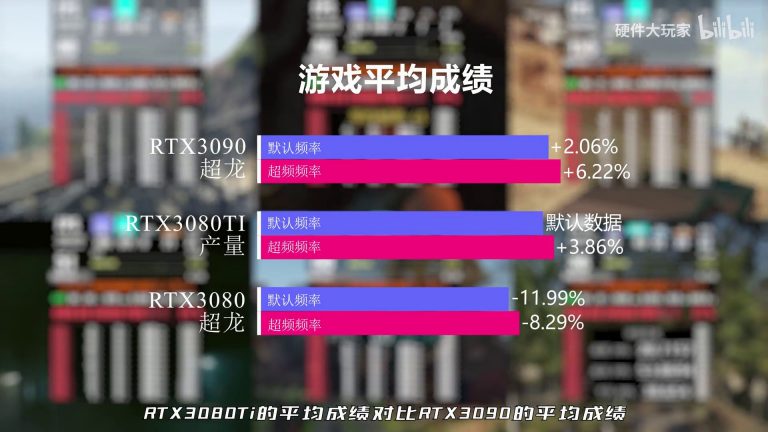 The remaining of this post contains screenshots from said video. 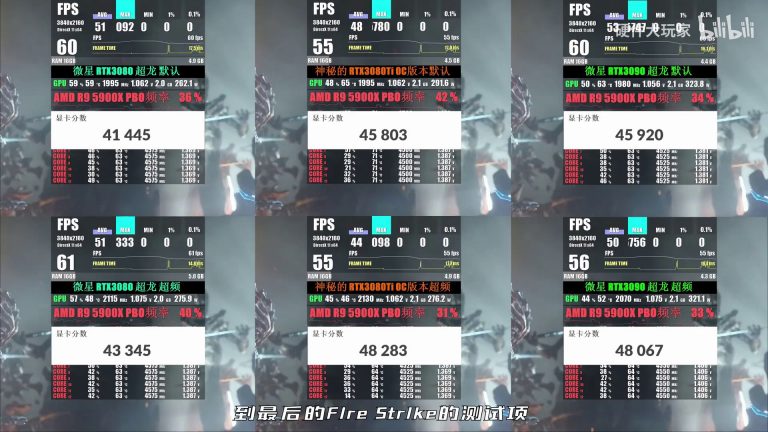 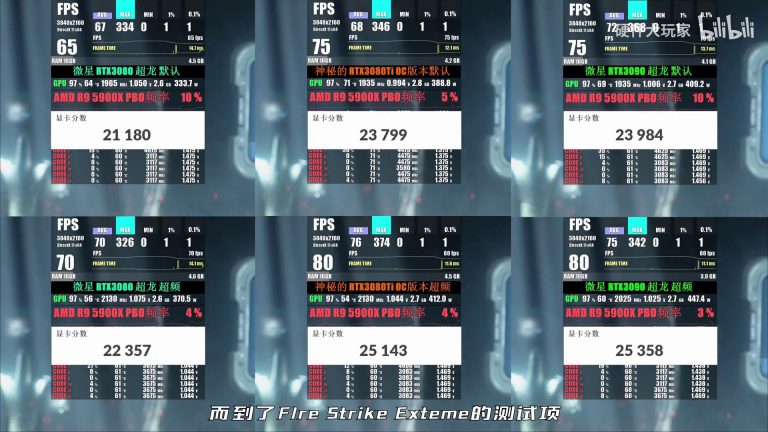 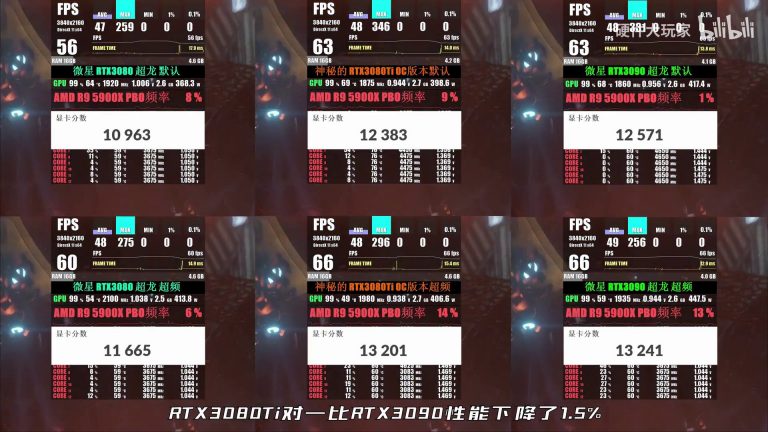 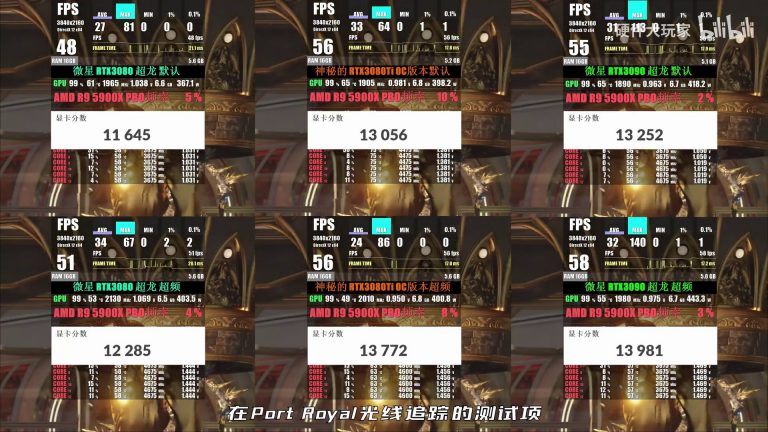 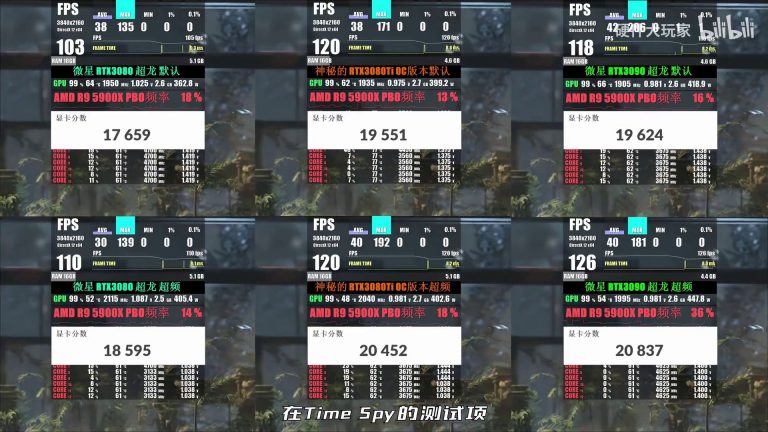 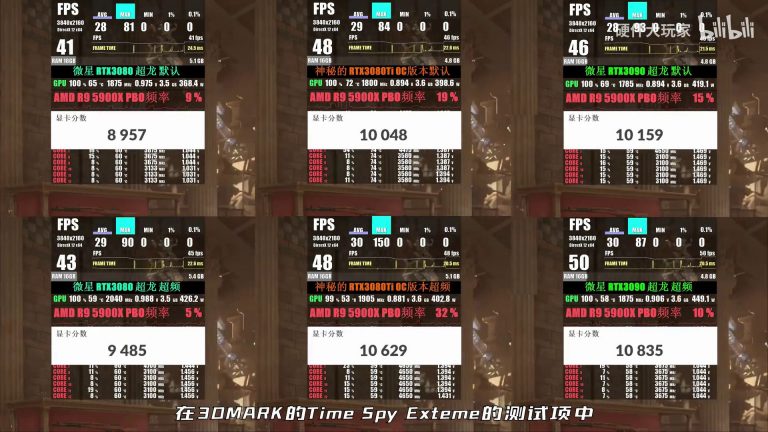 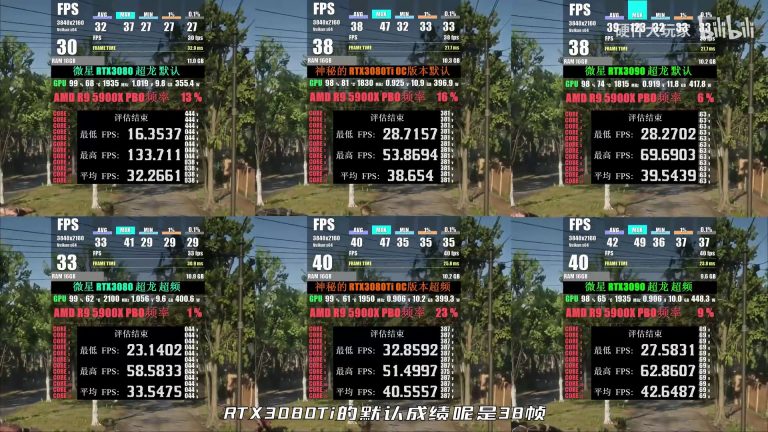 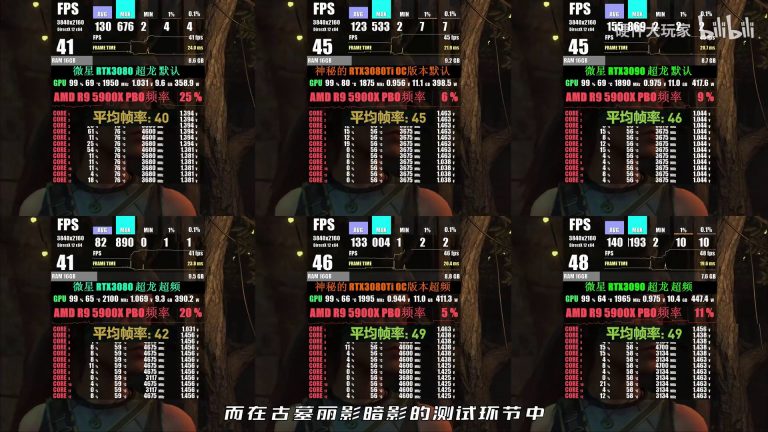 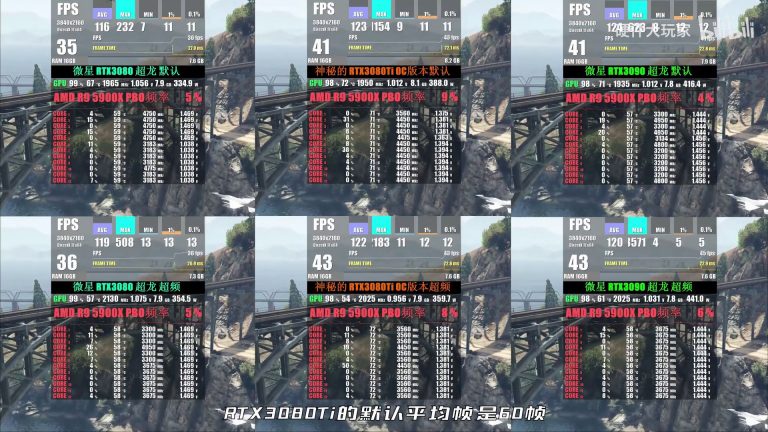 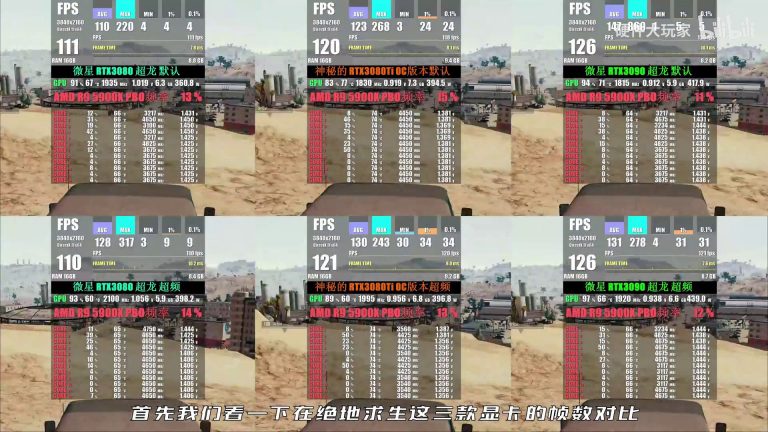 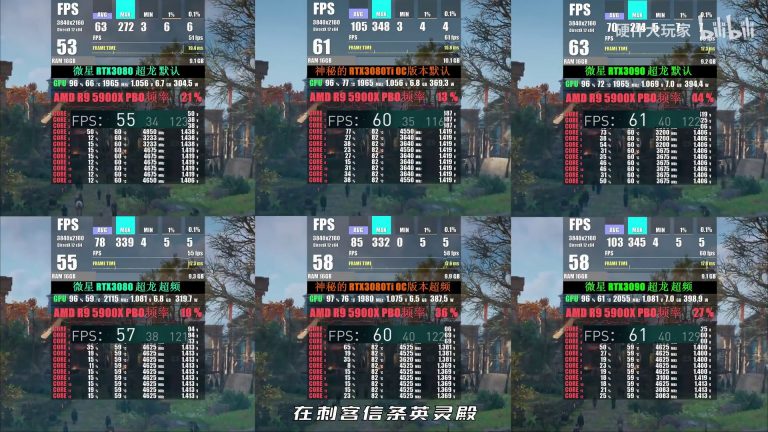 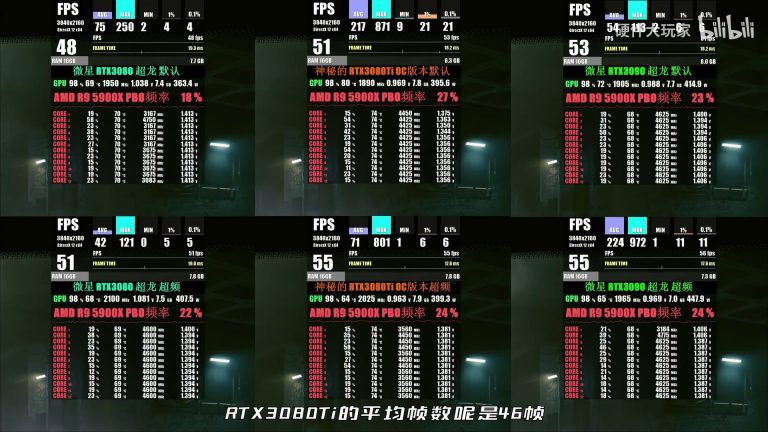