It appears that the flagship Ampere GPU for laptops has finally been confirmed through a fresh leak over at Geekbench.

The entry lists Intel 12th Gen Core Alder Lake-S CPU alongside NVIDIA GeForce RTX 3080 Ti Laptop GPU. Multiple entries were discovered, some using a generic driver name of “NVIDIA Graphics Device”. What is seemingly confirmed at this point though is the fact that this SKU is to feature 58 Compute Units, which means Streaming Multiprocessors, each carrying 128 CUDA cores.

What this means is that the RTX 3080 Ti Laptop GPU would feature 7424 CUDA cores, while 256 CUDAs were disabled for this variant by NVIDIA. Unlike desktop enthusiast GPUs, the laptop series is to features a new GPU codenamed GA103S. The processor would have fewer cores than GA102 and reduced memory bandwidth to 256-bit. It is worth noting that according to Kopite7kimi there is also a 320-bit version of this GPU, seemingly for desktops. The 256-bit interface, therefore, allows GeForce RTX 3080 Ti Laptop GPU to carry either 8GB or 16GB memory configuration.

Performance-wise, the GPU is not the fastest, but this is likely because there are no final drivers available to the laptop makers. In this case, the laptop was made by HP and it is part of its OMEN gaming series. In both Vulkan and OpenCL APIs the GPU scores under the existing flagship SKU: GeForce RTX 3080 Laptop GPU. 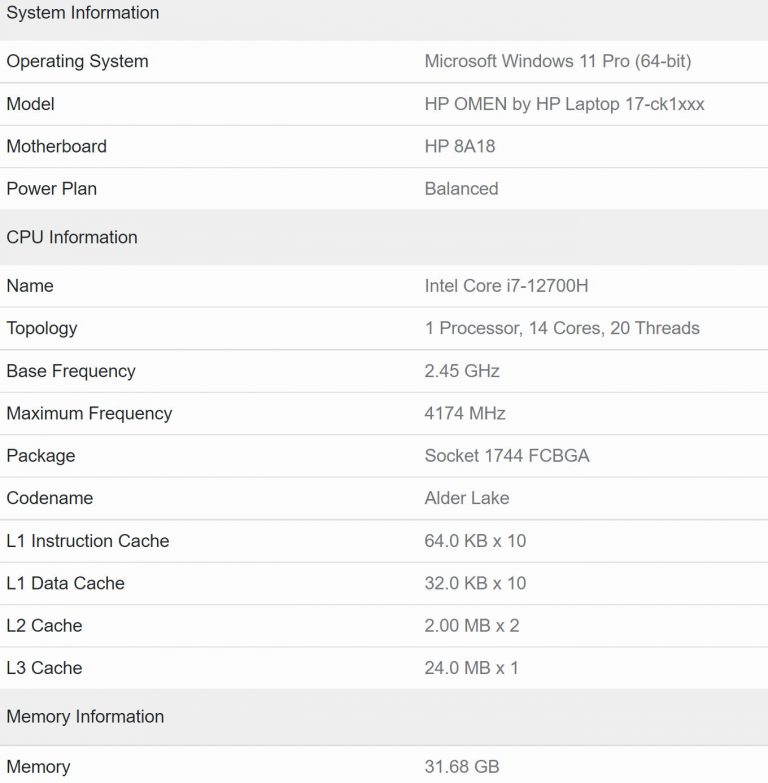