HardwareCanucks have a new video showcasing yet-unreleased RTX 3080 Ti Laptop GPU performance. This is the upcoming NVIDIA flagship SKU based on Ampere architecture.

According to HardwareCanucks, laptops featuring NVIDIA RTX 3080 Ti & RTX 3070 Ti GPUs will launch tomorrow. Their video is not a review and should not be treated as such. Although the tests were performed by HC, this video is actually sponsored by NVIDIA. Therefore, those benchmark results should be taken with a grain of salt.

HardwareCanucks provided 1440p gaming benchmarks of Watch Dogs, Metro Exodus, Doom: Eternal, and COD Vanguard. Those games were also tested with DLSS and raytracing to showcase the full potential of Ampere architecture. It appears that HC was not allowed to compare RTX 3080 Ti anything from RTX 30 series. Instead, we are looking at a comparison with RTX 2080 SUPER, considered the flagship mobile GPU from the previous generation. 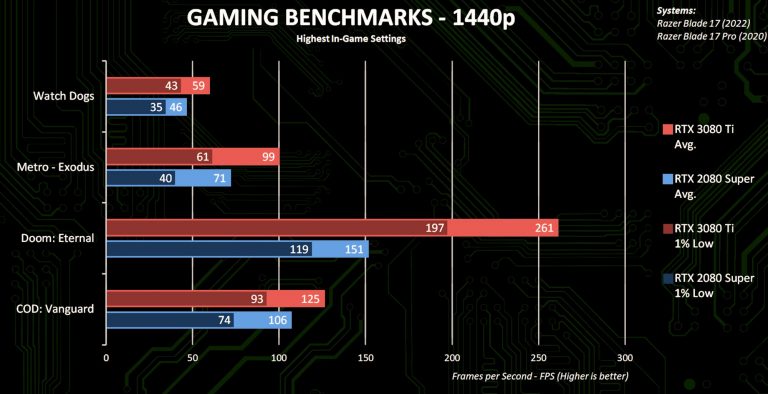 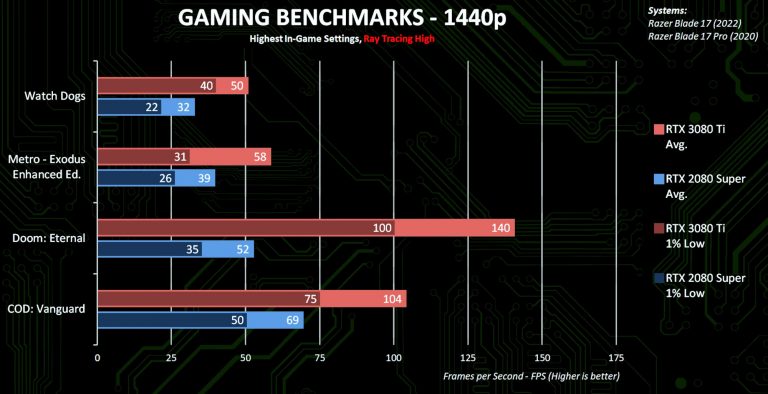 With RTX 3080 mobile and GA104 GPU NVIDIA could only go as high as 6144 cores, The RTX 3080 Ti, on the other hand, features a new GPU called GA103S, this is a compact version designed specifically for laptops. It is equipped with 7424 CUDA cores and 16GB GDDR6 memory across 256-bit by default.

According to HardwareCanucks, the RTX 3080 Ti and RTX 3070 Ti laptops are set to launch tomorrow. 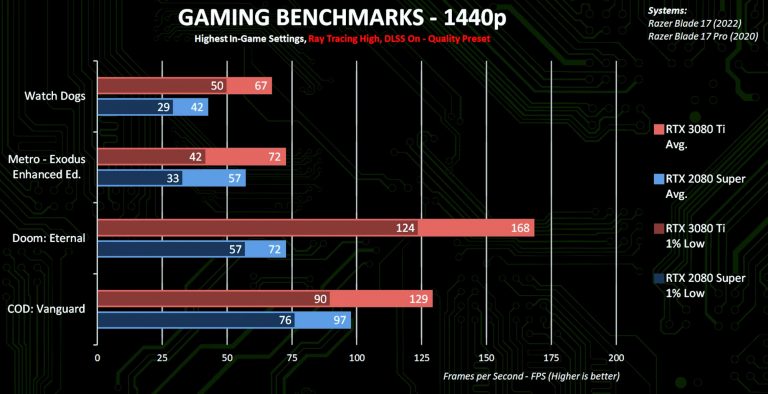 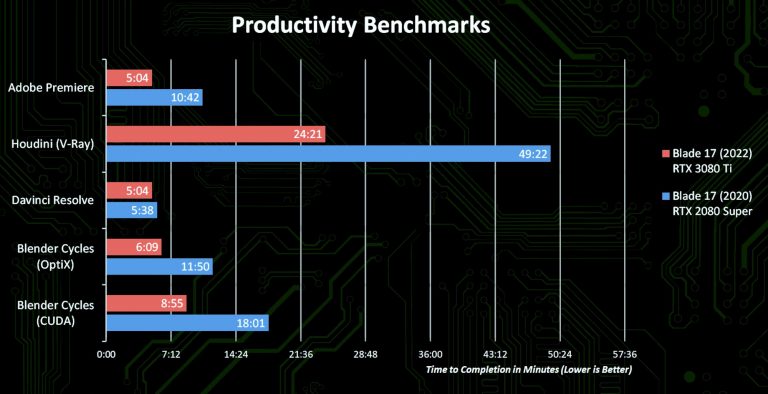