No more secrets, the full specs are now revealed.

NVIDIA GA102-225 GPU has a PCI Device ID of 2208, a validation from TechPowerUP’s GPU-Z monitoring tool confirms.  This is also the first time we learn the reference clocks of the upcoming GeForce RTX 3080 Ti graphics card. This SKU has a base clock of 1365 MHz and a boost of 1665 MHz. This combined with 10240 CUDA cores provides a maximum theoretical single-precision compute performance of 34.1 TFLOPs, a minimal reduction compared with RTX 3090’s 35.6 TFLOPs. 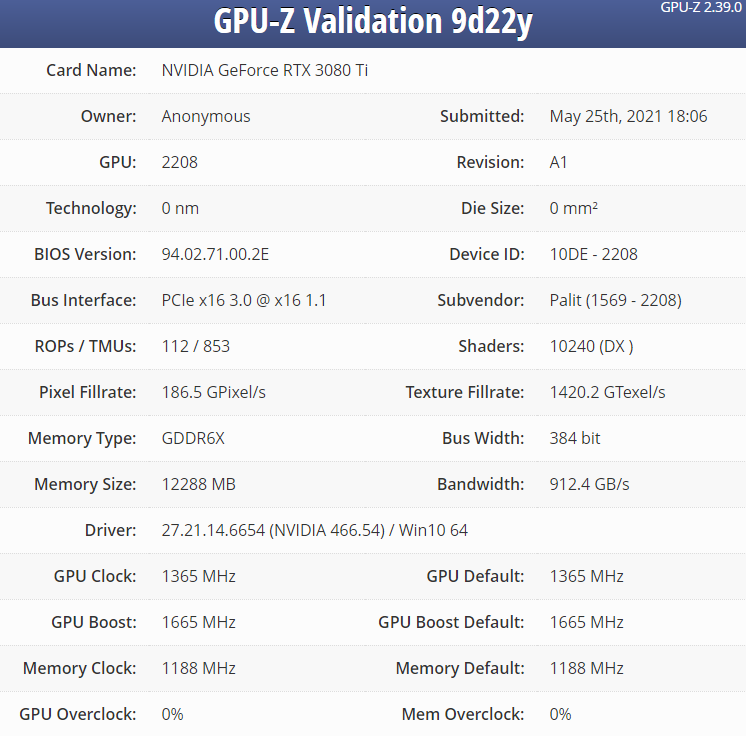 What the GPU-Z validation does to mention is the 350W TDP, which we have confirmed with reviewers who already have the graphics card. The specifications of the RTX 3070 Ti are still to be confirmed. Both models will be unveiled during Computex 2021 keynote on May 31st. The RTX 3080 Ti will launch on June 3rd. The price of this model has not yet been communicated to the press by NVIDIA.