Mical Wong, the founders of the Turemetal brand specializing in fanless PC hardware, published interesting photos with GeForce RTX 3080 graphics card in one of their cases. The Turemetal UP10 is an ultra-premium fanless case that retails at 770 USD. This in combination with never-in-stock and never-at-MSRP GeForce RTX 3080 simply means that we are looking at a very expensive setup.

Regardless of how much did this cost, we have a first look at GeForce RTX 3080 graphics card performing under a full load without fans. It wouldn’t be correct to say that this is the first RTX 3080 to be seen running without the fans, as most premium graphics cards already have 0dB technology that basically stops the fans under a certain temperature level. In this case, however, are looking at RTX 3080 under a full load, a Furmark stress test to be precise.

The system packed into Turemetal UP10 chassis is equipped with a 65W AMD Ryzen 5 5600X CPU, while the graphics card used by Mical Wong is ASUS RTX 3080 TUF Gaming. It is unclear in which mode the graphics card was tested, but it is shown that the whole system consumes 410W of power. Both the GPU and CPU require custom heat spreaders, which are then connected to massive heatsink through countless heat pipes. The thickness of those heat pipes is actually quite astounding. 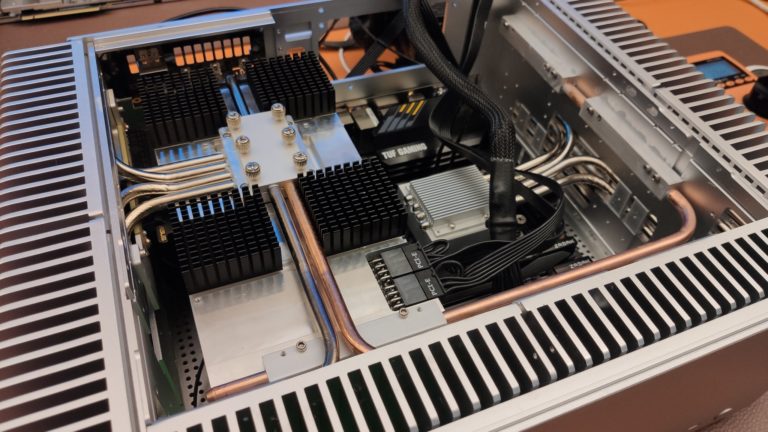 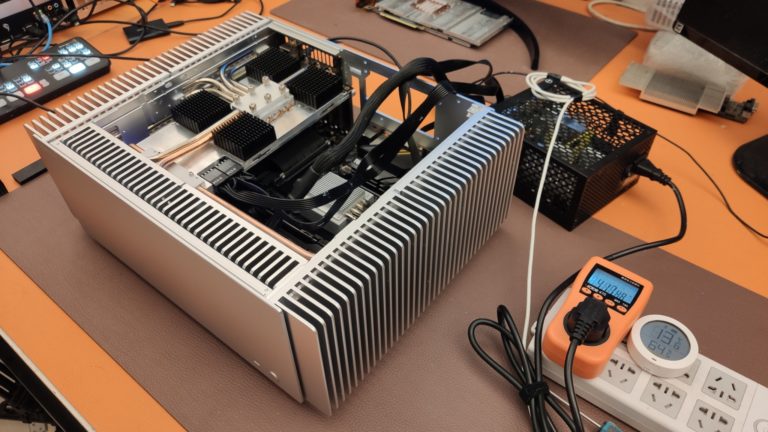 A burn-in test that was only run for 4 minutes and 17 seconds is obviously not long enough to draw any conclusions. Officially RTX 3080 has a maximum temperature of 93 degrees Celsius, which is basically an upper limit for the GPU, but not necessarily for other components such as GDDR6X memory, which can easily heat up to 100C+.

Out of 410W consumed by the whole system, the power supply feeds 347W to the GPU alone. This is likely because the card is factory-overclocked. For a fanless build, it would probably make sense to actually decrease the power limit, which shouldn’t affect performance that much. 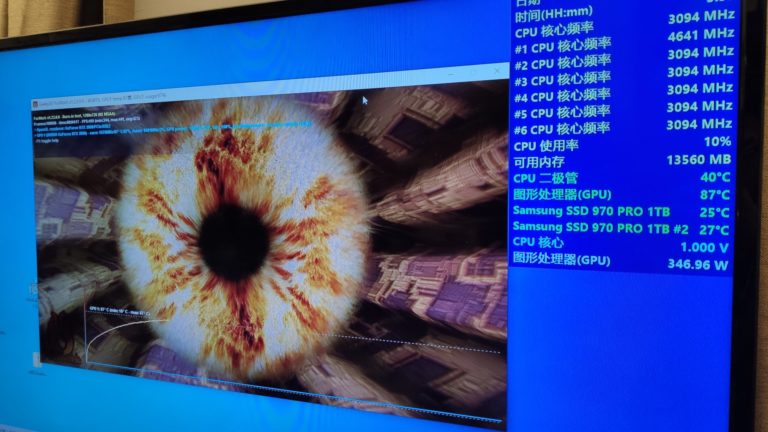