Our friends over at Notebookcheck gained access to preliminary performance evaluation of the upcoming GeForce RTX 30 mobile GPUs from NVIDIA.

According to the data published by Notebookcheck, the RTX 3080 mobile would be a few percent slower than desktop GeForce RTX 3070, despite featuring more cores. This flagship mobile RTX 3080 is equipped with GA104 GPU with 6144 CUDA cores. The GPU will also be offered with up to 16GB of GDDR6 memory.

It is important to note that Notebookcheck is using data based on ‘pre-sample’ testing. They do not state if the GPUs are Max-Q or Max-P variants or whether the Resizable BAR feature was enabled (the technology is coming to RTX 30 notebooks).

NVIDIA will officially introduce its GeForce RTX 30 Mobile GPUs later today during its special broadcast. You can watch it here. 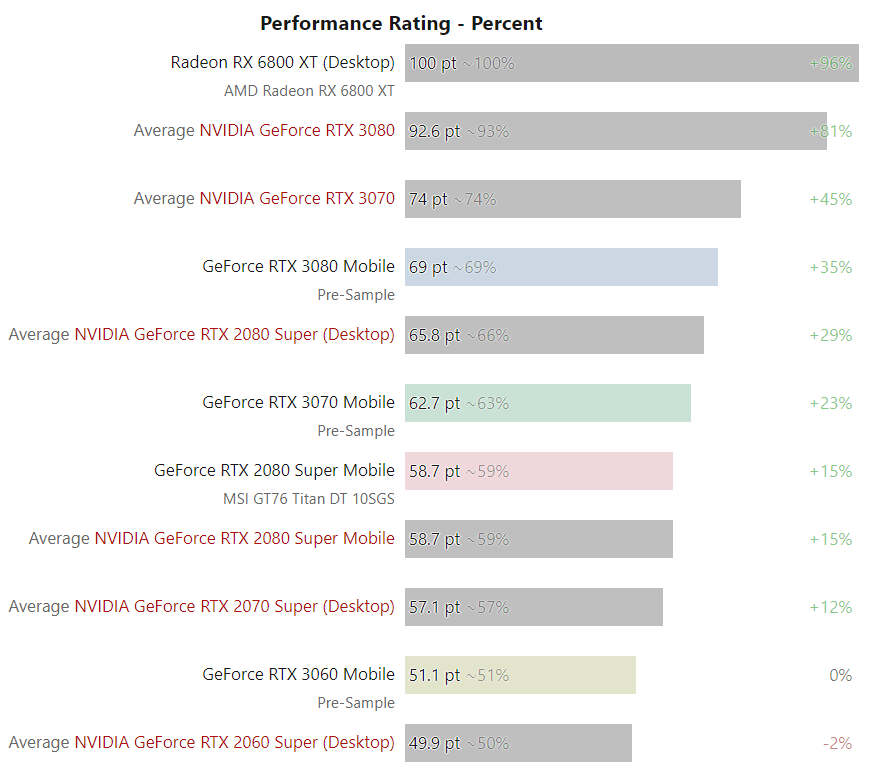 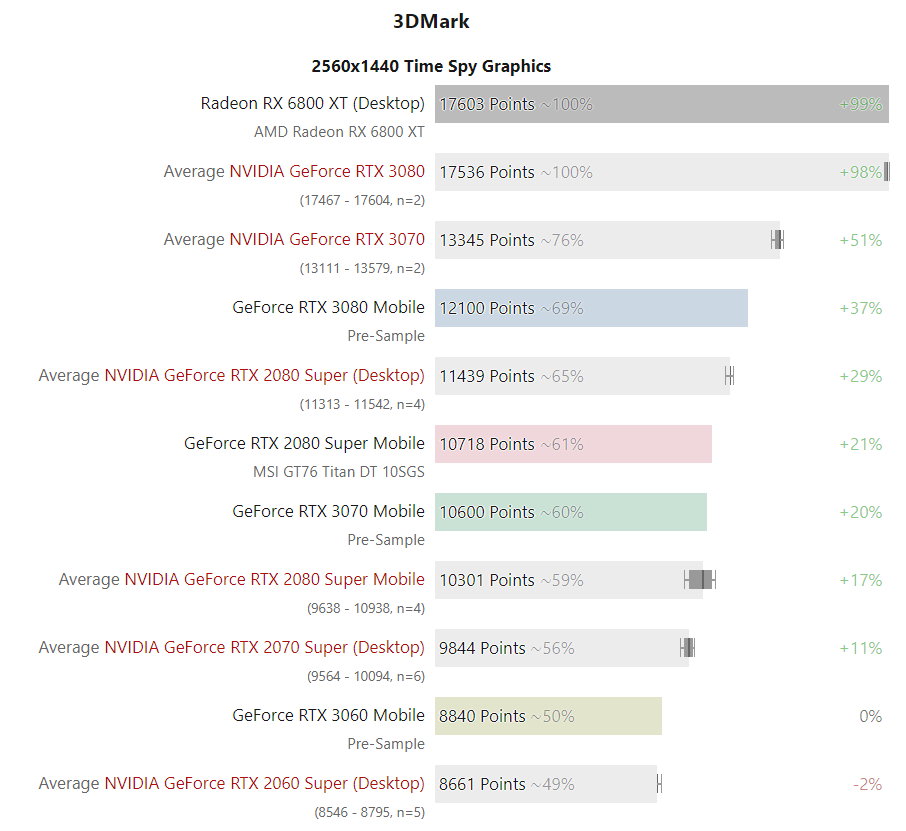 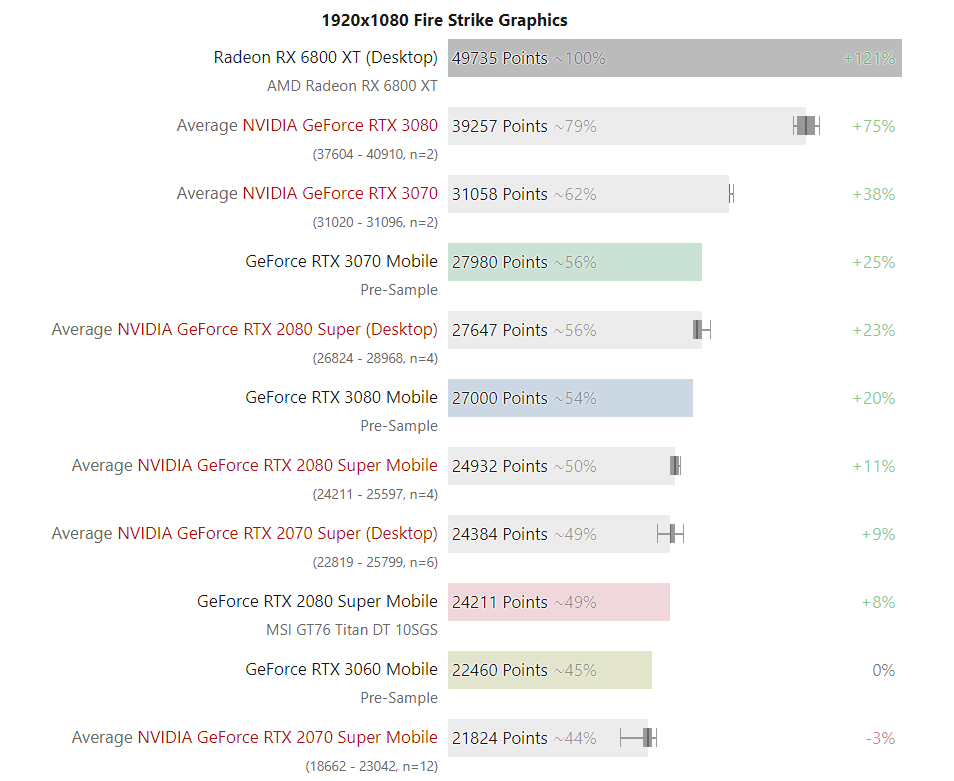