SKIKK is a customizable gaming laptop retailer from Netherlands which is now offering its first gaming laptops featuring GeForce RTX 30 GPUs for preorder.

NVIDIA announced it will have a press conference on January 12 next year where the announcement of their RTX 30 mobile graphics is to be expected. Despite the fact that the manufacturer never confirmed if the event will be related to desktop or mobile graphics cards, it is apparent that NVIDIA will unveil its next-generation mobile GPU series first, as the leaks on new GPUs have been surfacing almost daily.

As noted earlier, those graphics cards will launch in many variants, such as Max-P and Max-Q. The latter is likely to arrive in many sub-variants, which will be power-adjusted by notebook makers themselves to better fit their cooling solutions. It would definitely help if notebook makers, ODMs, or even retailers listed the exact TGP variants of those Max-Q GPUs, but sadly that is often not the case.

According to Dutch notebook company SKIKK, GeForce RTX 3060 laptops will be available starting at 1699 EUR. More powerful laptops featuring RTX 3070 GPUs will retail at least 1999 EUR. Meanwhile the flagship RTX 3080 GPU will be available for as much as 2699 EUR with SKIKK’s 15 inch and 17 gaming laptops.

All those machines are featuring the same 10th Gen Core Comet Lake CPUs (either Core i7-10875H or 10870H). There is definitely no Tiger Lake-H being offered at this time. The photos of the new gaming laptops from SKIKK have not yet been published. 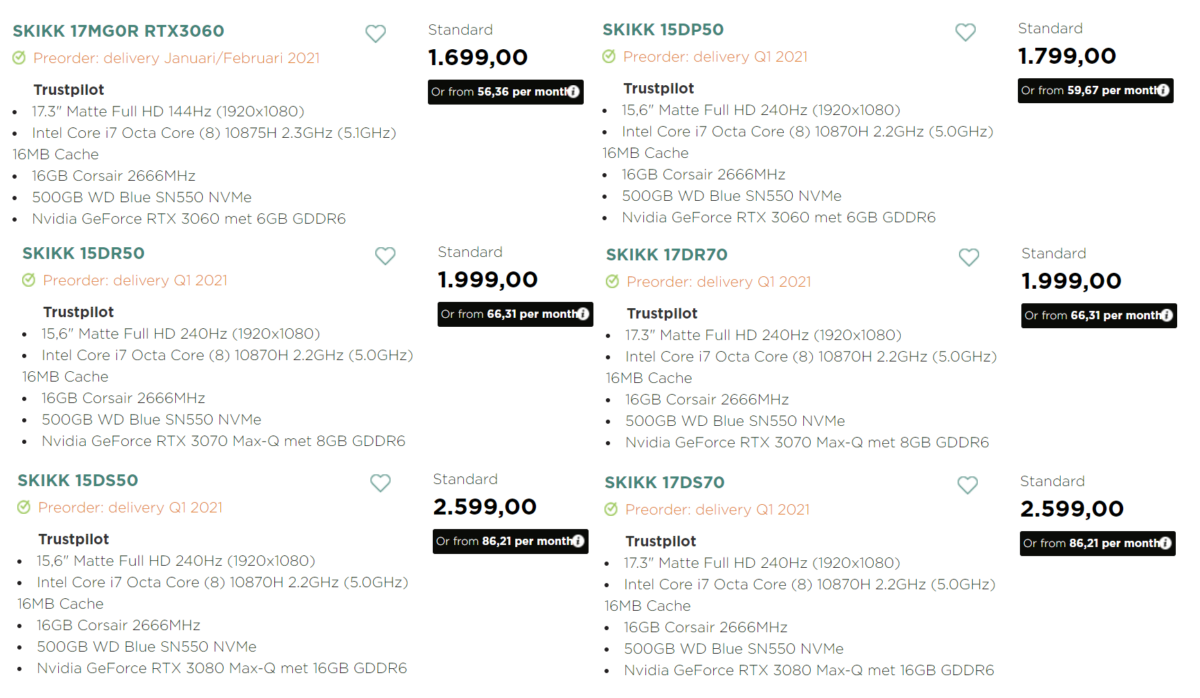