Alleged pictures of the upcoming GeForce RTX 3080 graphics cards have been leaked on Chiphell. The models photographed by a leaker are clearly prototypes or engineering samples likely to be one of the many suggested designs for the final choice. The design does appear to be NVIDIA’s.

The card features a two-fan design with a large heatsink which might later be hidden under a shroud in a later state. We can see the RTX 3080 backplate on one of the prototypes. The blue color of the upper sample is not the color of the card, this is just a wrap of the silver metallic shroud around the card. The design is very unique, both fans are placed on opposite sides of the card pushing the air in different directions.

The RTX 3080 design features an irregular shaped PCB, you can see this by looking at the rear of the card. This V-shaped design has allowed NVIDIA to place the fan closer to the GPU. Some of the readers might remember a similar NVIDIA design for the GeForce GTX 295 reference model, it also had a cut in the PCB under the fan.

We can’t see any power connectors in a typical place, which could mean that the connectors have been moved to the side, so similar to Quadro models. There also appears to be a new version of the NVLink connector near the I/O bracket.

NVIDIA GeForce RTX 3080 features an Ampere-based GPU. NVIDIA has not confirmed the launch date for these cards, but judging from the fact that the design has already been leaked, we are much closer to the launch than we previously expected. 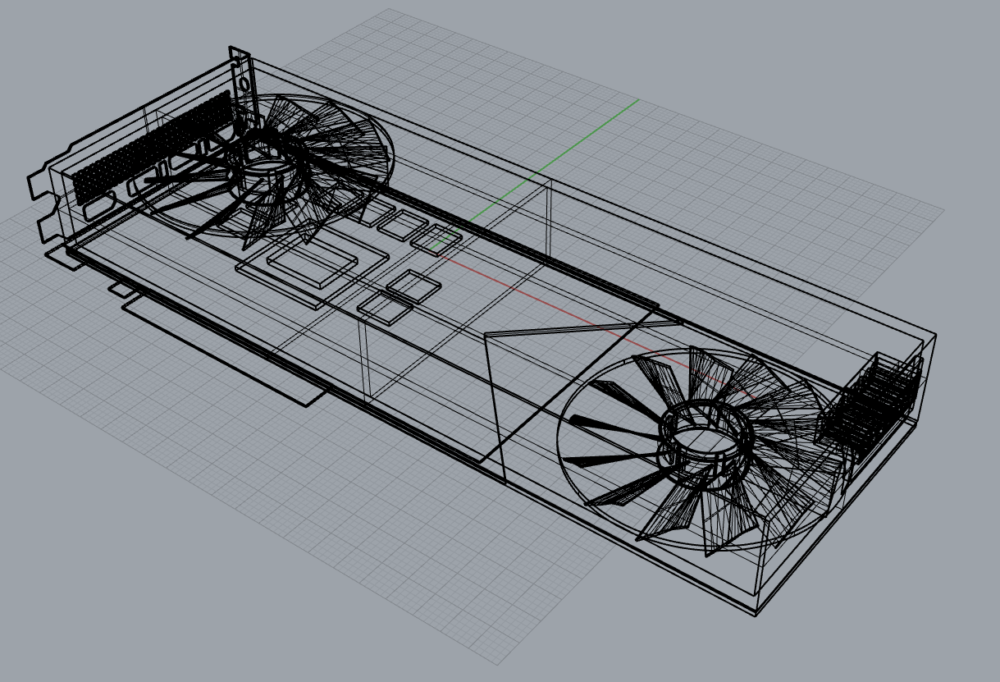