The heatsink for the upcoming Ampere RTX series has leaked yet again, but this time without any shroud attached to it. The cooler has a huge cooling block with at least four thick heat pipes.

The secondary heatsink is physically attached to the rest of the primary part of the cooler, meaning it cannot be removed or modified by the user. NVIDIA is not using heat pipes in their cooler designs this often anymore. The last GeForce graphics card to use heat pipes was RTX 2060 Founders Edition and the card before was GTX 480.

This uniquely shaped heatsink will feature dual fans, each on the opposite side of the card. This should improve airflow no matter how the card is installed in the system. This is also another open-air cooling system by NVIDIA and it appears that blower-type designs are a thing of the past. 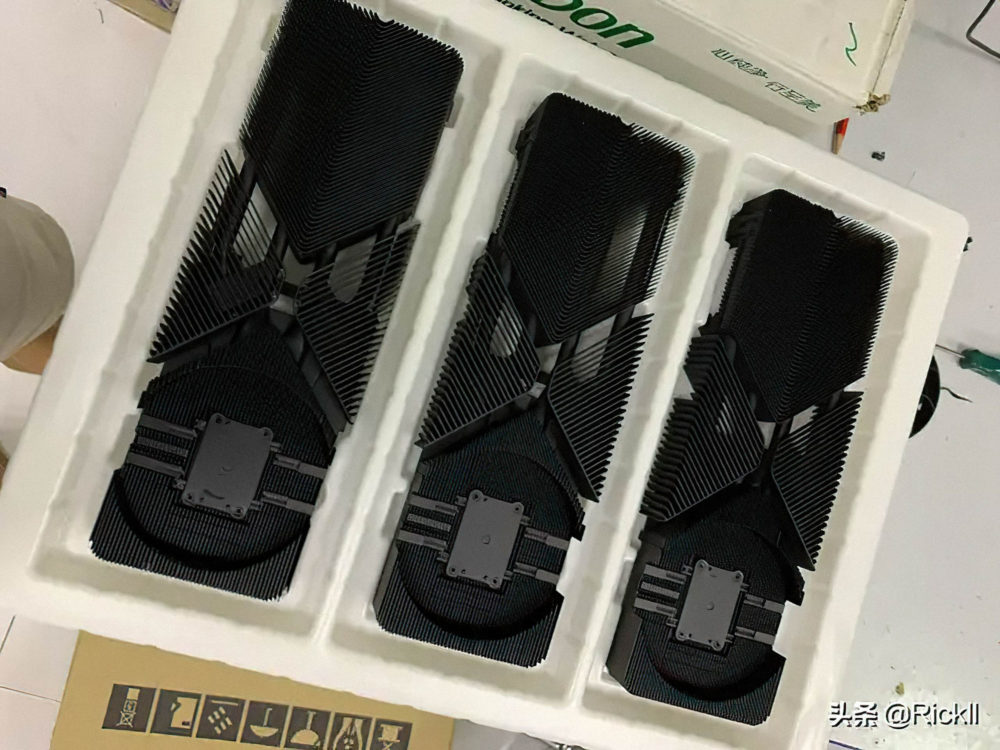