Upcoming RTX 3080 graphics card will feature a unique dual-fan design and irregularly-shaped PCB. This is a completely new approach to the reference design by NVIDIA.

It remains unclear what will happen to the custom models. Will NVIDIA let board partners improve the reference design we see below, or will they receive a different, more regular circuit design for their cheaper blower-type and the old fashioned dual- and triple-fan designs?

3D artists have taken their time to show the RTX 3080 graphics card at different angles, as the original photographs were simply no match to give us a proper look at the design.

NVIDIA GeForce RTX 3080 is now expected to launch in the next two to three months. We had similar leaks in the past and they were usually weeks ahead of launch. The leaked prototypes had no electromagnetic compatibility (EMC) certification yet (it is clearly labeled on the PCIe slot), meaning they are not the final designs. Thus, the actual retail product may look slightly different, although we do not expect significant changes to be introduced. 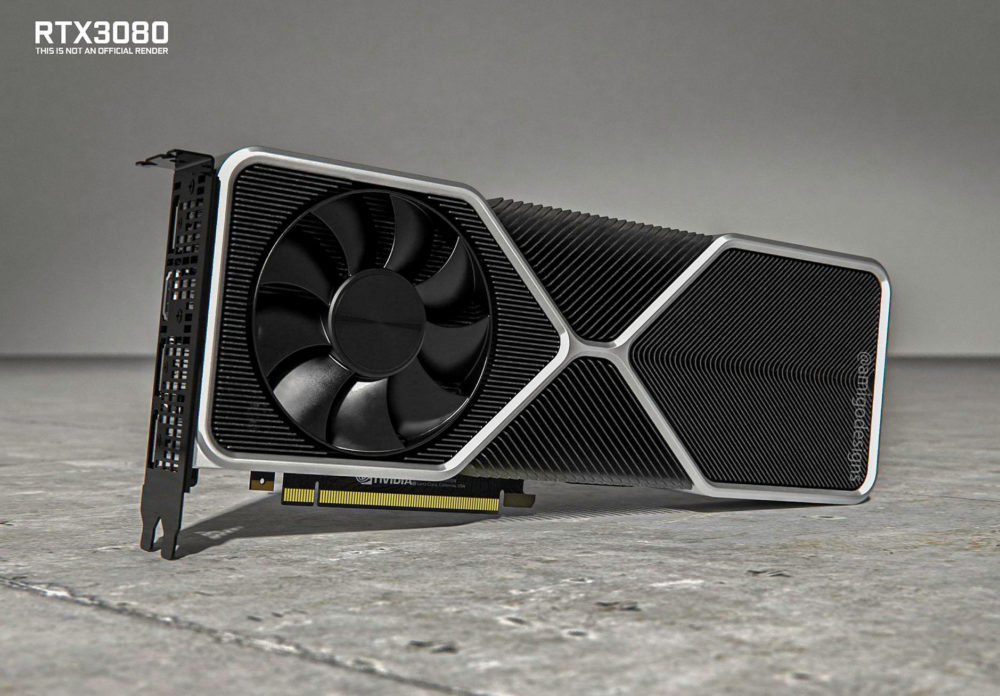 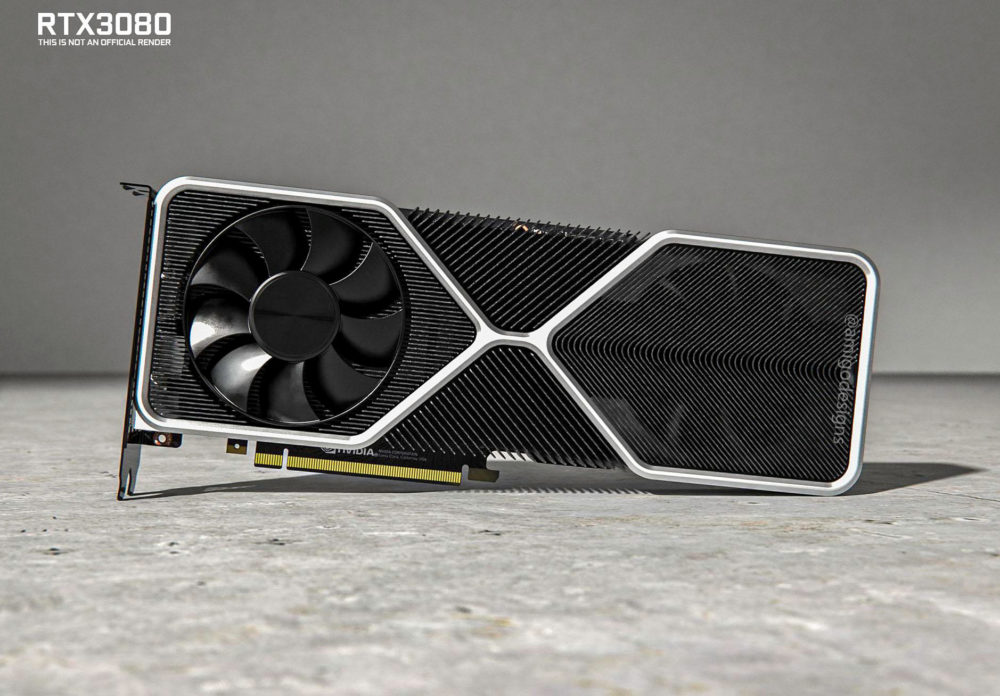 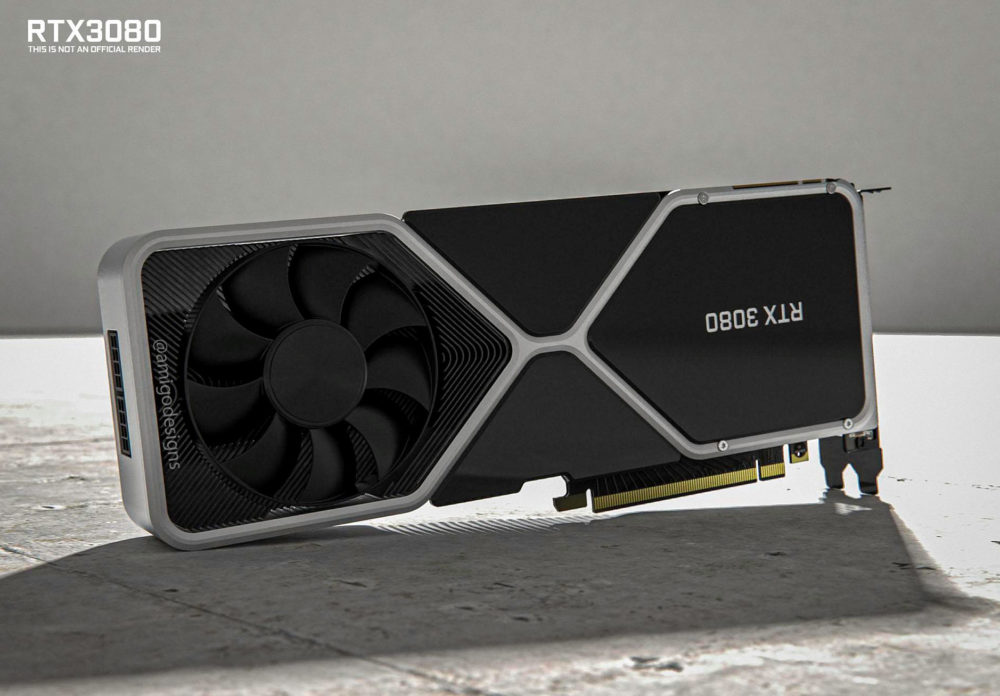 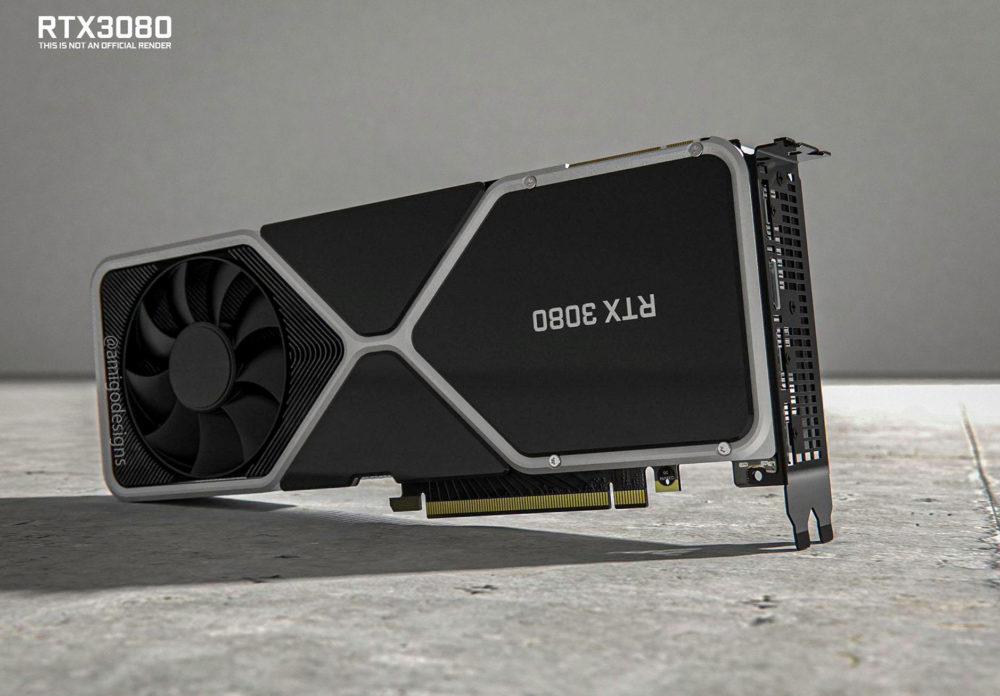 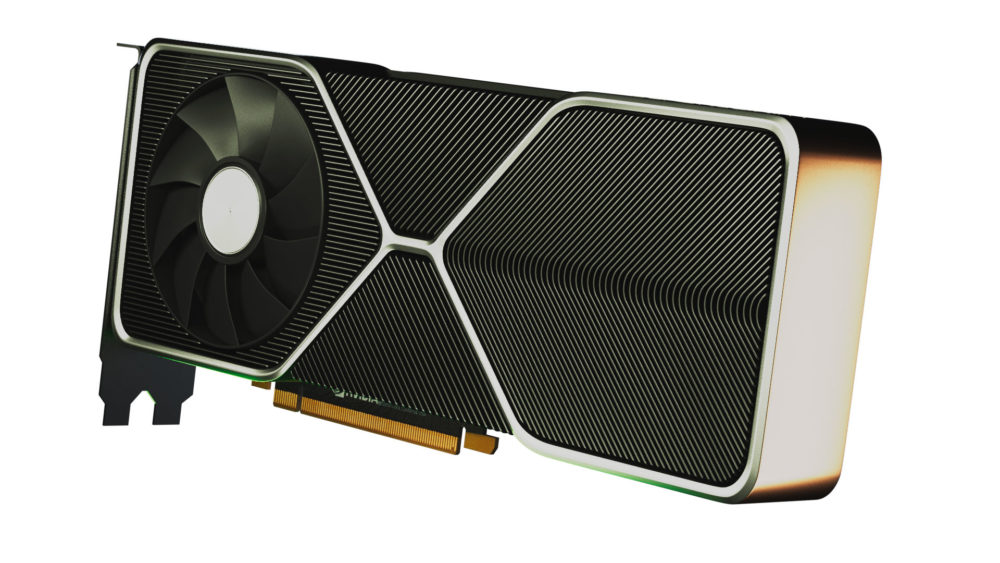 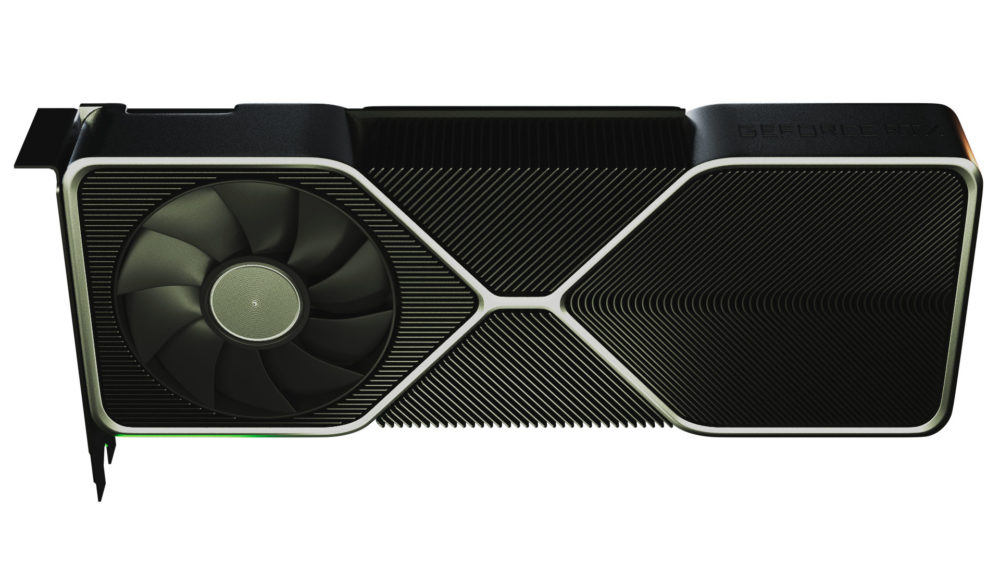 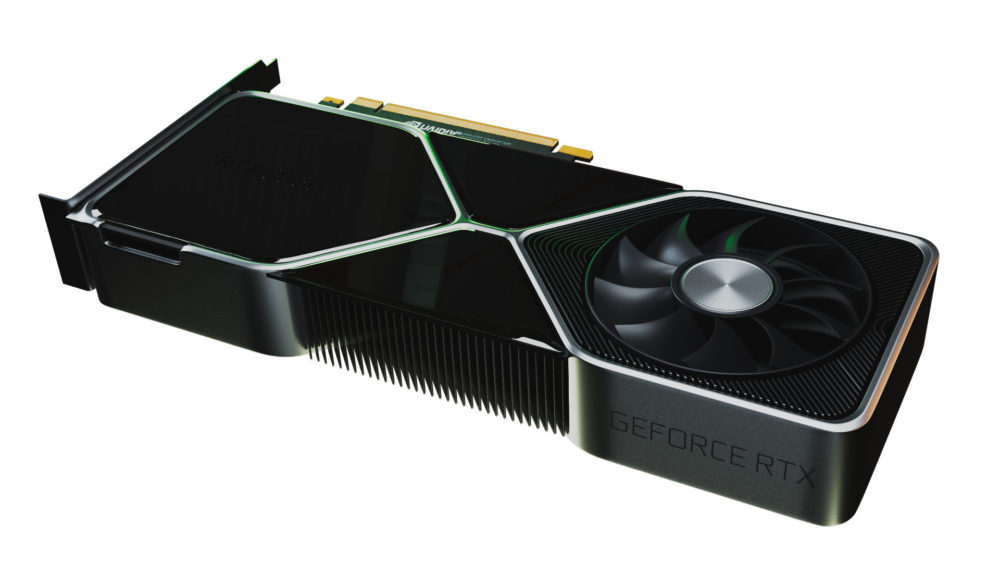 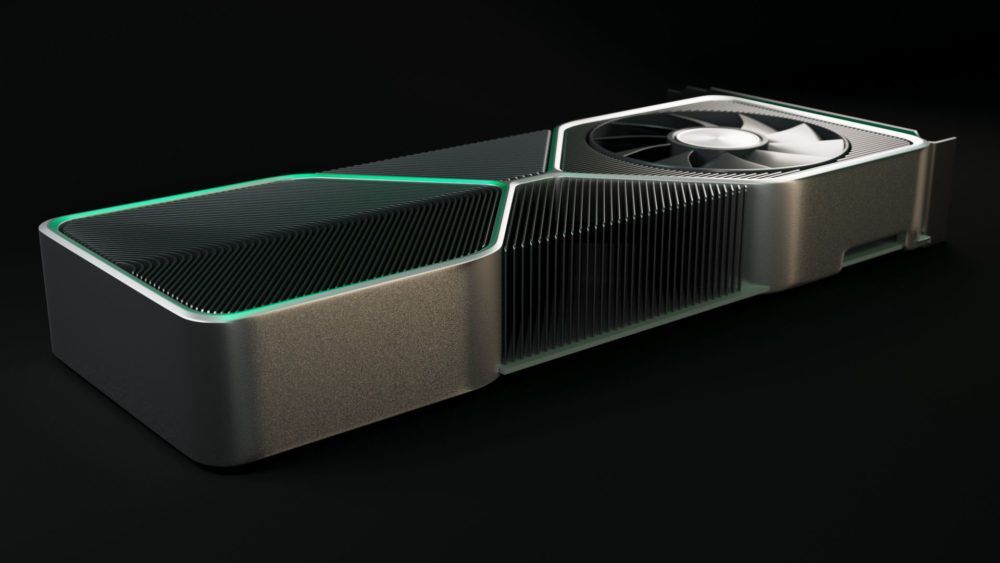 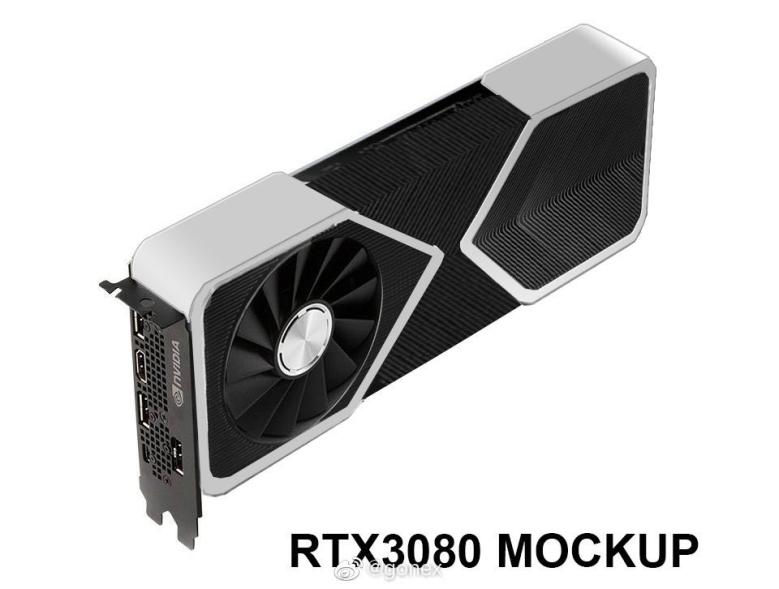 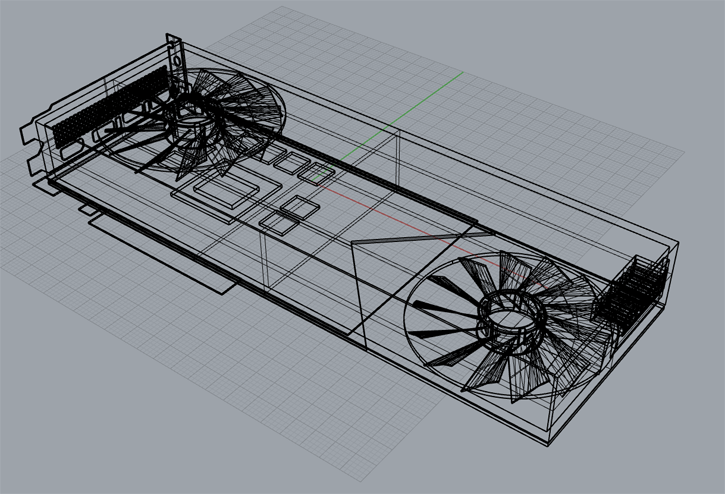 The leaked reference design of the RTX 3080 (Chiphell)