A possible lineup of the GeForce RTX 30 mobile series has been shared by a user at Gigglehd.

Earlier this month we saw the first mobile GeForce GPU based on Ampere architecture. That leak actually covered the very first photo of the GA104 GPU itself, the same GPU that will be used by GeForce RTX 3070 desktop, which is launching in just four days.

The GA104 GPU would be used by another two Geforce SKUs: the RTX 3080 Mobile Max-Q and RTX 3070 Max-Q, a fresh leak from Gigglehd seems to suggest. There are surprisingly no Max-P variants for the higher-end GeForce RTX 30 SKUs.

This is a copy of the sheet given by a manufacturer to pre-order before the RTX 30-equipped notebook was released.
— AleaNs

The leak also reveals the first plans for GeForce RTX 3060 Mobile Max-P. Not much is known about this GPU, but if anything we heard about the desktop model is true, then this mobile SKU should also offer a cut-down GA104 GPU.

The GA102 GPU is not expected to come to mobile form factor, although NVIDIA has made a commitment to offer desktop and mobile SKUs with similar specifications. In reality, though, those SKUs are never the same, spec and performance-wise since they have different TGP targets.

A surprising part of this leak is that next-generation graphics would still be offered with Intel 10th Gen Core Comet Lake-H CPUs. Ae we know next-generation mobile graphics card mobile processors are often released at the same time, hence Tiger Lake-H was to be expected at this point.

It is important to note that we do not know the source of this information, but we did reach out to our sources when the GA104 mobile photo has been leaked and we have been told us that ODMs did not have any engineering samples of the GPUs back then. According to the rumors that have been floating around the mobile industry circles, we should expect news from NVIDIA on its mobile graphics around CES 2021 though. 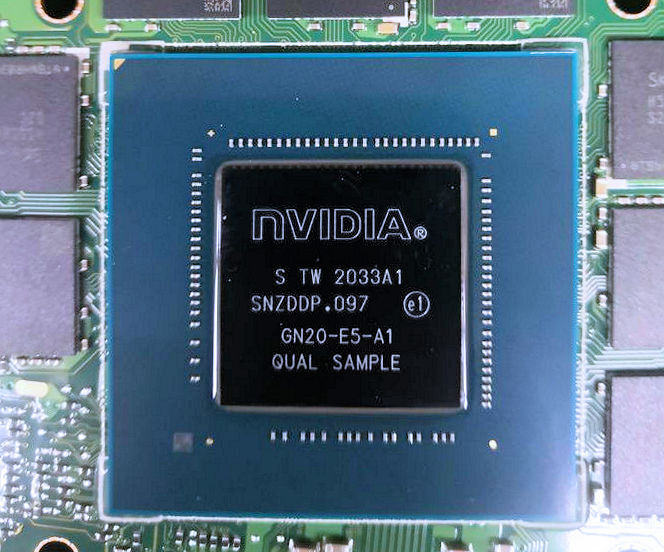