Pro Hi-Tech, a Russian YouTube channel, has recently tested a very unique graphics card. This graphics card had already appeared on our website.

Earlier this month we reported on a custom GeForce RTX 3070 with 16GB memory. A Palit GamingPro model has been modified by VIK-ON to support higher capacity memory modules, which replaced the original 8GB configuration. The process of replacing the modules is complicated and probably impossible without proper equipment and experience, as the modification also requires knowledge of how to trick the graphics cards into supporting more memory capacity. Pro HI-Tech borrowed the card from VIK-ON to do more extensive testing. 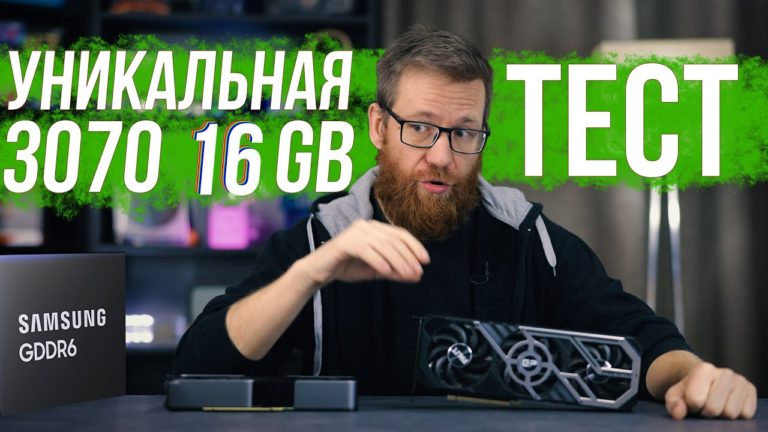 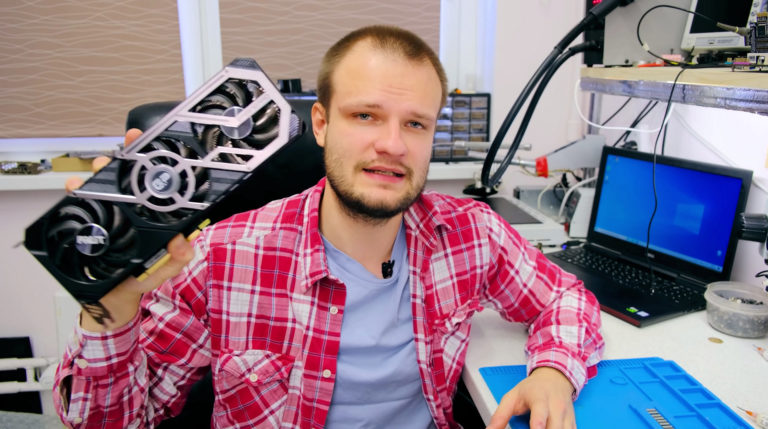 A 16GB memory buffer on RTX 3070 could provide more space for high-resolution textures as well as boost ray tracing performance which stores some data in the buffer, the reviewer thinks. Some of the tests do show the advantage of higher capacity ram. In games such as Watch Dogs Legion, the 8GB model can often see random freezes due to limited buffer at ultra settings with ray tracing set to high. The freezes can still be noticed with the 16GB model, but they are a lot less frequent. This is only seen in actual gameplay, a built-in benchmark paints a different picture where the whole scene is already prebuffered and no random frame freezing is visible. 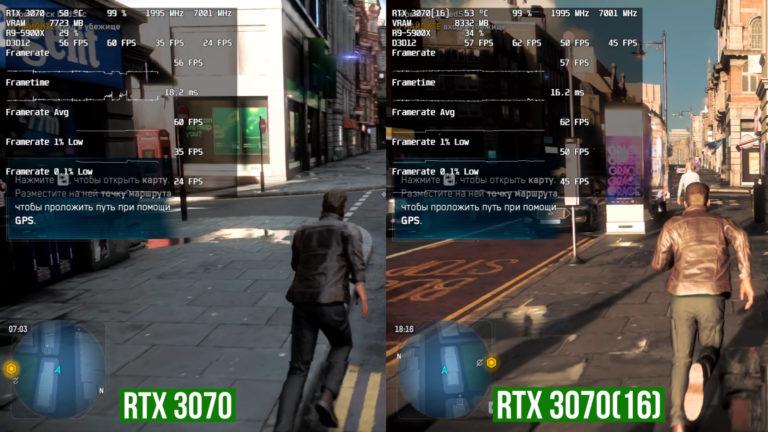 In other games, such as Cyberpunk 2077 the memory allocation and framerate are pretty much the same. The higher memory buffer does appear to boost 0.1% LOW FPS in select titles though. What seems apparent is that some games can clearly take advantage of 8GB+ memory capacity, but allocation and actual memory use are not always the same thing that immediately results in higher framerate. 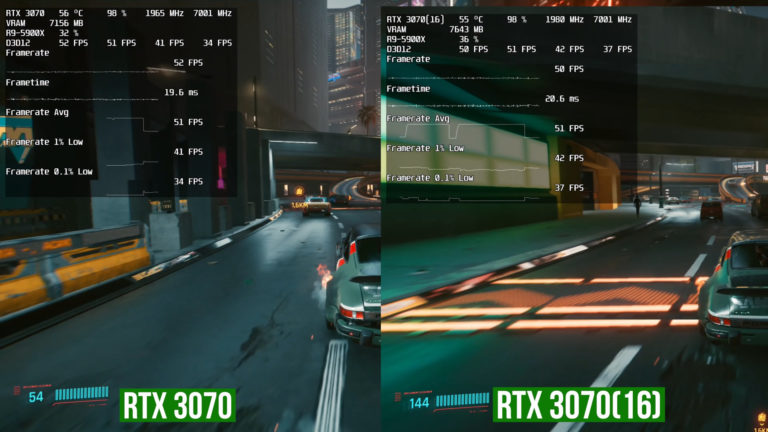 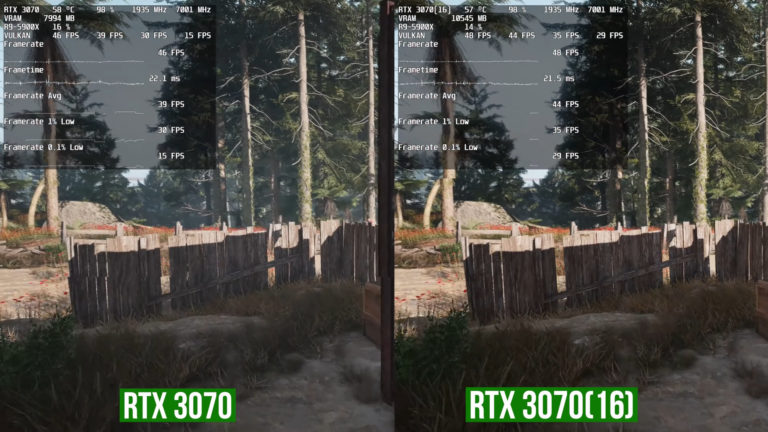 The RTX 3070 with 16GB has some benefits such as a smaller chance of frame freezing or the ability to use higher resolution textures, but performance-wise the difference is minimal. The GA104 might see bigger gains with the memory technology upgrade to the GDDR6X standard, which is exactly what NVIDIA is planning with RTX 3070 Ti. Higher bandwidth and two additional Streaming Multiprocessors could really make the Ti variant exactly what the modded 16GB card simply cannot be, a worthy upgrade over vanilla RTX 3070.