It appears that today is the RTX 3070 Ti review leak day.

Bilibili creator (硬件大玩家 Big Hardware Player) has published a video with RTX 3070 Ti graphics card synthetic, mining and gaming tests. This early review does not reveal the name of the graphics card, which is likely a custom variant as access to the Founder Edition model requires signing an NDA. It does not take a lot of effort to determine the exact model which was used though, thanks to the GPU-Z screenshot that was released during the video review.

This early review is based on the NVIDIA press driver for RTX 3070 Ti (NVIDIA 466.61). This has been used for RTX 3070 non-Ti comparison as well, but the RTX 3080 model is using an older driver 466.54. The leaker has still not updated the GPU-Z software to 2.40.0 which has full RTX3080Ti/3070Ti support and means that some data is missing. It is likely the leaker wanted this information to remain hidden (BIOS version, boost clock etc.). The subsystem ID confirms this is a Colorful Vulcan X model.

Update: Just as we were writing this post, another video review of another RTX 3070 TI has leaked out. There is also a video from TecLab (also Bilibili) showing a different model (Gigabyte) and full GPU-Z screenshot: 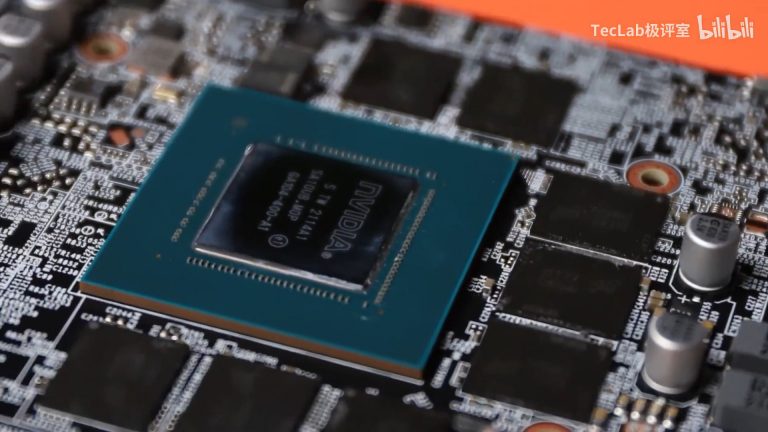 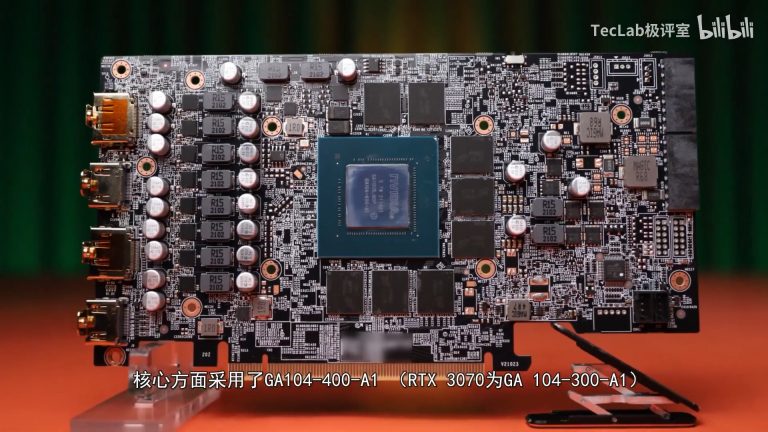 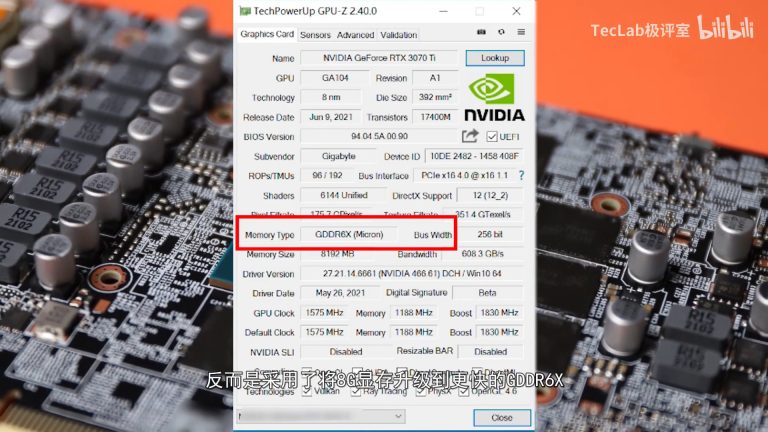 The leaker tested both the stock and power-optimized settings (which should provide better mining performance). The mining software is clearly showing the effect of the new hash rate limiter, which is now a standard for almost every SKU in the RTX 30 lineup (except RTX 3090). It was demonstrated that the hash rate drops 70 to 40 MH/s (in case you watch the video, do note that the video is sped up) with stock settings. With GDDR6X memory overclocked by 1500 MHz and power limited to 80%, the performance isn’t much better, as it starts at 78 MH/s and quickly drops to 45 MH/s. For as long as no one cracks the new mining limiter on this 290W TDP model, it definitely shouldn’t look as interesting to miners as the RTX 220W RTX 3070 non-Ti before the introduction of the LHR series (stock 50 MH/s). 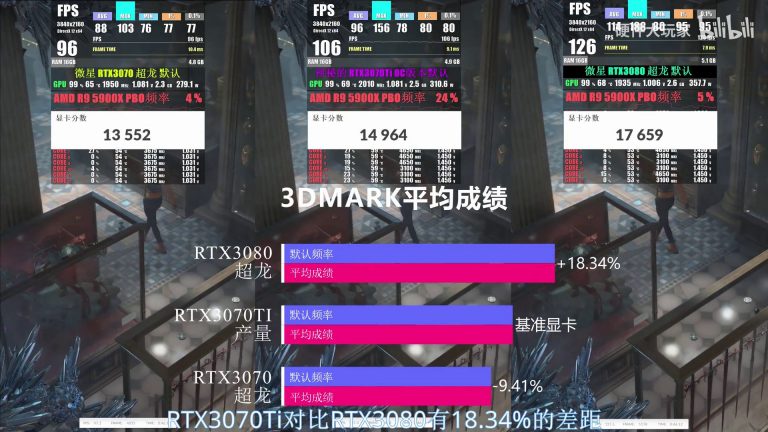 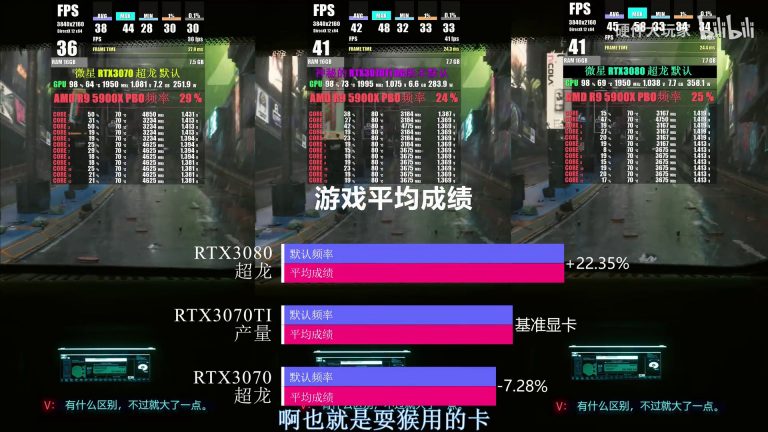 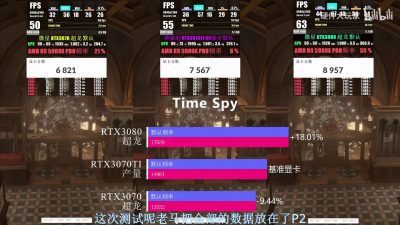 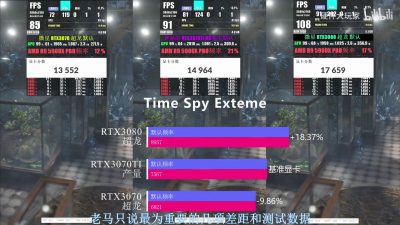 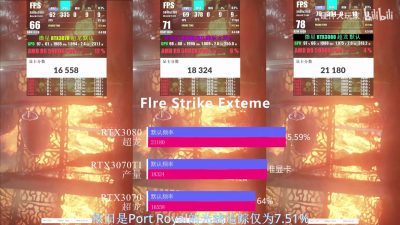 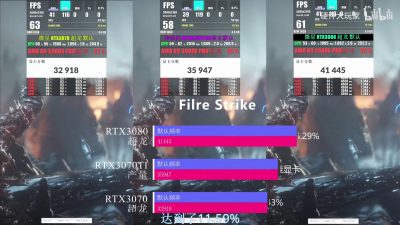 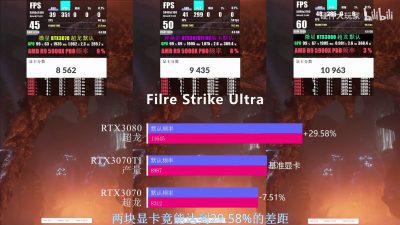 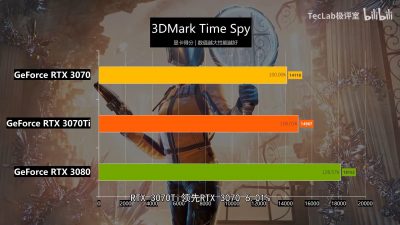 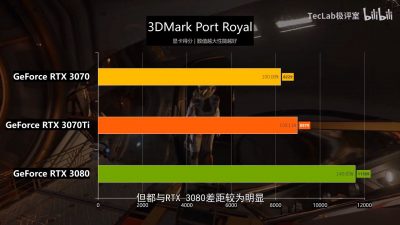 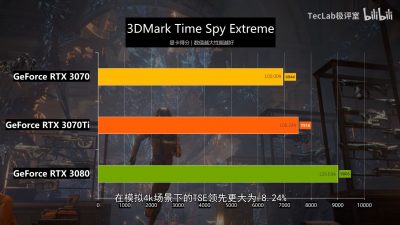 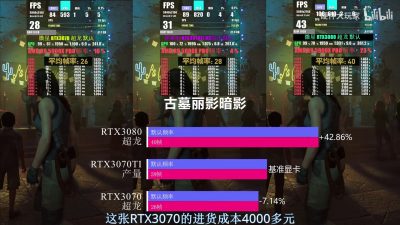 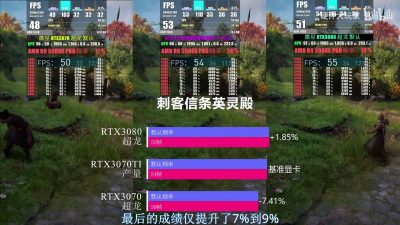 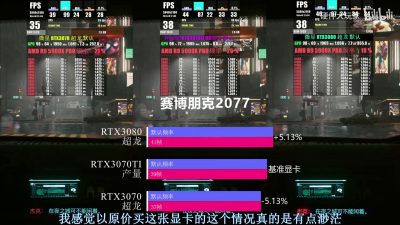 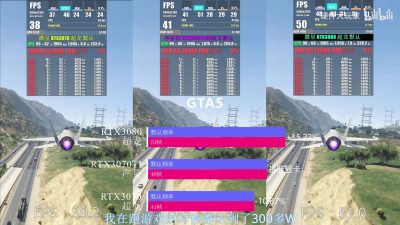 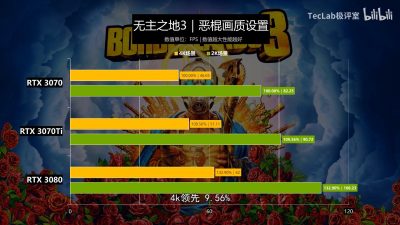 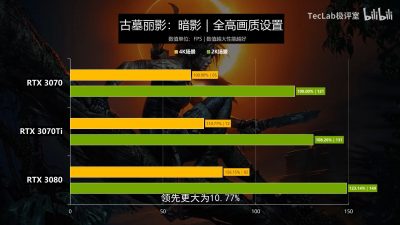