The reviews of the second 30 Ti model are not expected till next week, but the first performance leaks are beginning to surface.

As discovered by Leakbench there are entries of RTX 3070 Ti in the Ashes of the Singularity benchmark database. The graphics card was tested in a High preset, which is kind of unusual as most tests focus on a Crazy preset. 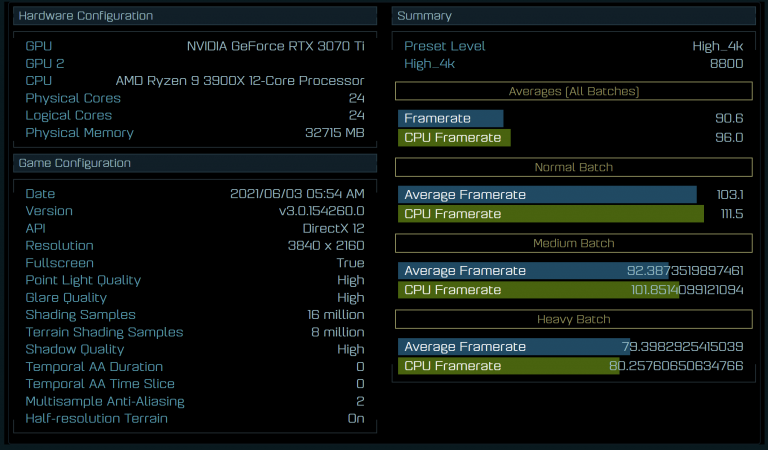 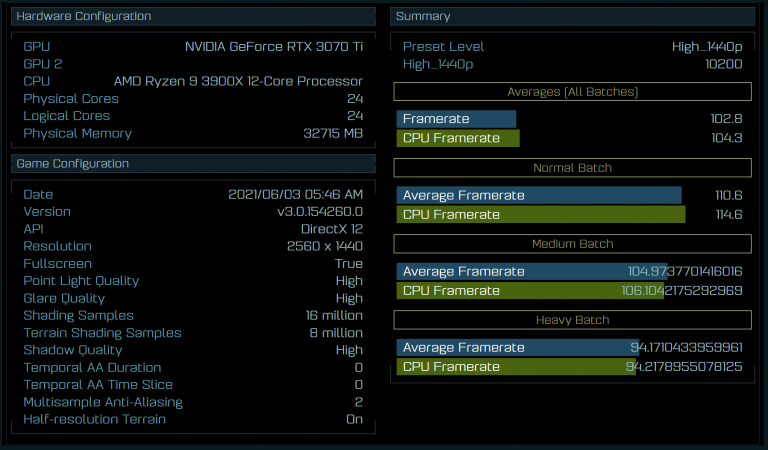 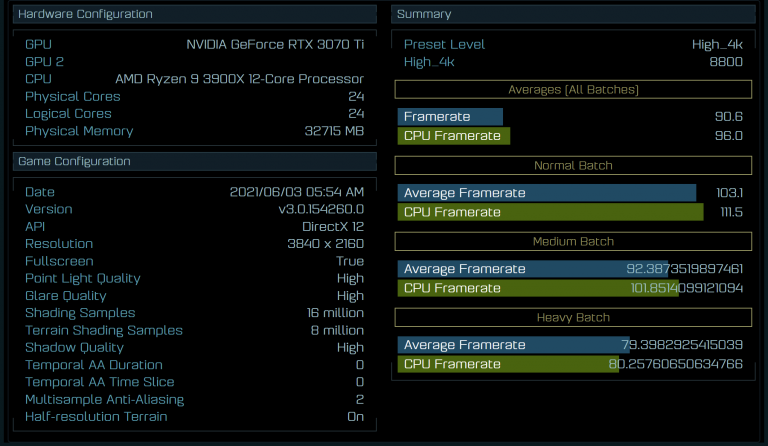 Unfortunately, by using the High preset we do not have enough data for any meaningful comparison, at least not in the 4K and 1080p preset. It is worth reminding that AotS does not report on CPU and GPU clocks, nor does it provide information on memory configuration. With that in mind, it is not possible to make an apples-to-apples comparison.

The High 1440p preset in the AotS database with Ryzen 9 3900X CPU does not have many results either, in fact, the RTX 3070 Ti score is now the best. Overall, there is around 10% performance uplift coming with the Ti variant.

NVIDIA GeForce RTX 3070 Ti offers GA104-400 GPU with 6144 CUDA cores. In comparison to RTX 3070 non-Ti, this model will also feature upgraded memory to GDDR6X technology. The G6X standard will come at a cost of a much higher power consumption of 290W (non-Ti is only 220). The graphics card is now set to launch on June 10th with a starting price of 599 USD. The reviews are now scheduled for June 9th.