Geekbench’s OpenCL test indicates that NVIDIA has already distributed the driver for its next-gen laptop GPUs.

Somebody has access to MSI’s upcoming gaming laptop based on Intel 12th Gen Core series, as well as RTX 3070 Ti GPU with the drivers. This GPU is the newest member of the RTX 30M family featuring just 256 CUDA cores fewer than its older RTX 3080 sibling. With such a small gap between those SKUs, one should expect that some variants of both cards will switch places depending on how much power they can use. 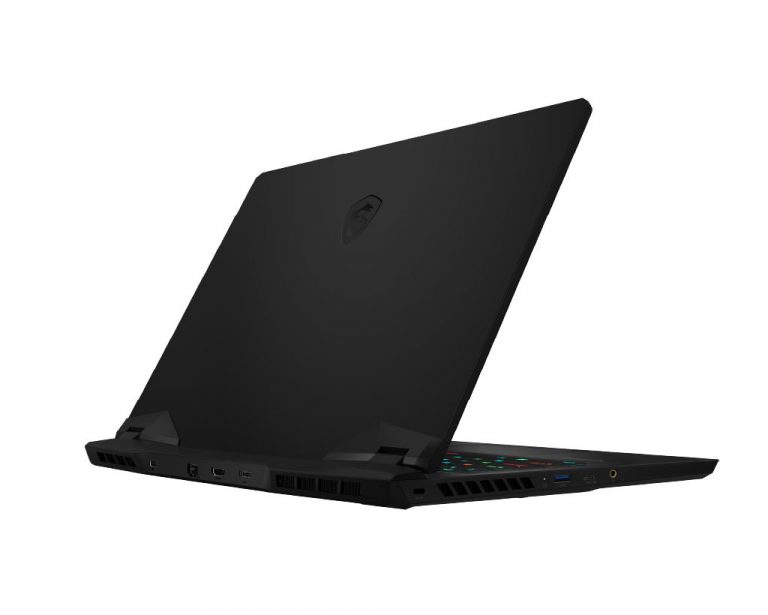 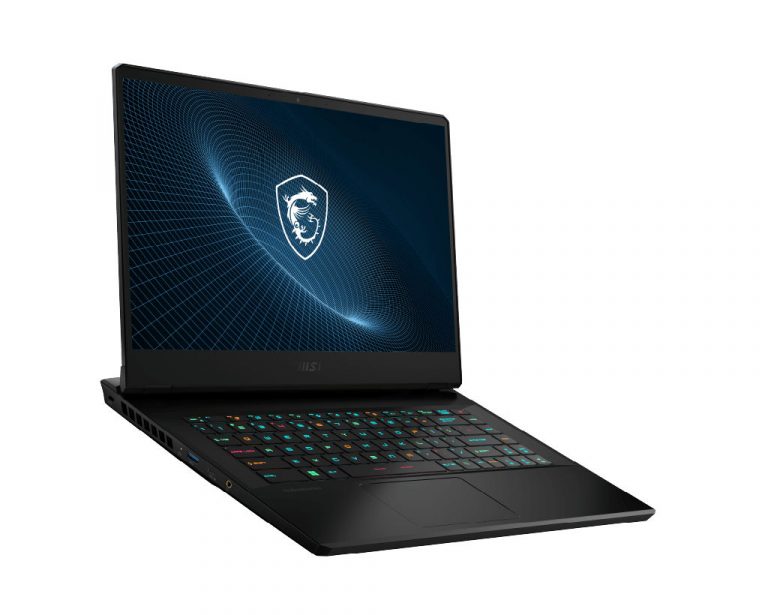 The MSI Vector GP66 12U is a high-end gaming laptop with a design borrowed from the Raider series. This thin laptop weighs only 2.4 kg and it will feature the full-power Max-P series of NVIDIA RTX 30 GPUs (up to 150W). Unlike Raider, this machine will not be available with the RTX 3080 Ti flagship GPU though, but 150W RTX 3070 Ti is available. Another distinctive feature of Vector is the lack of DDR5 memory, those systems will exclusively rely on DDR4-3200 kits, which should theoretically lower its price. 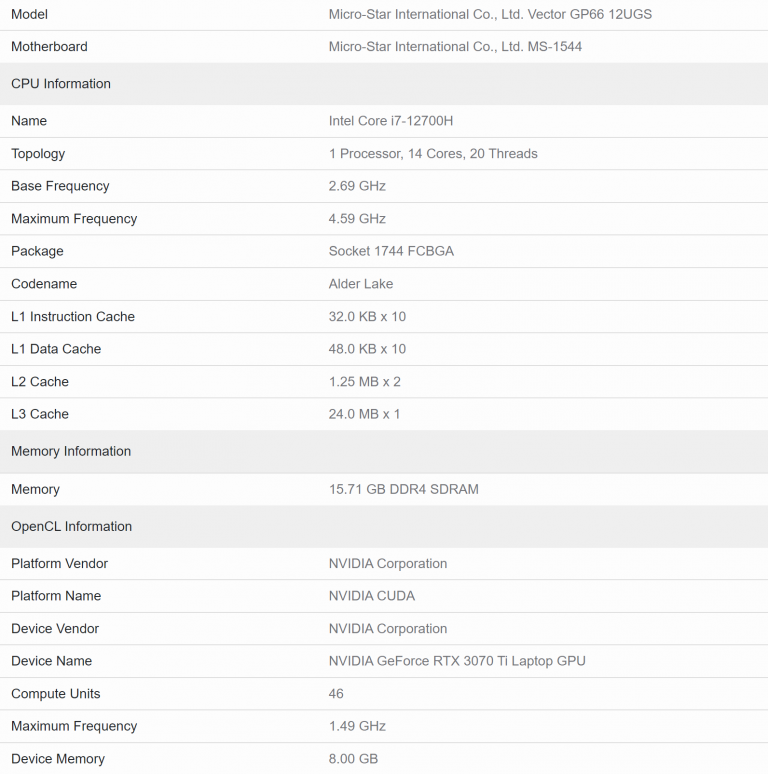 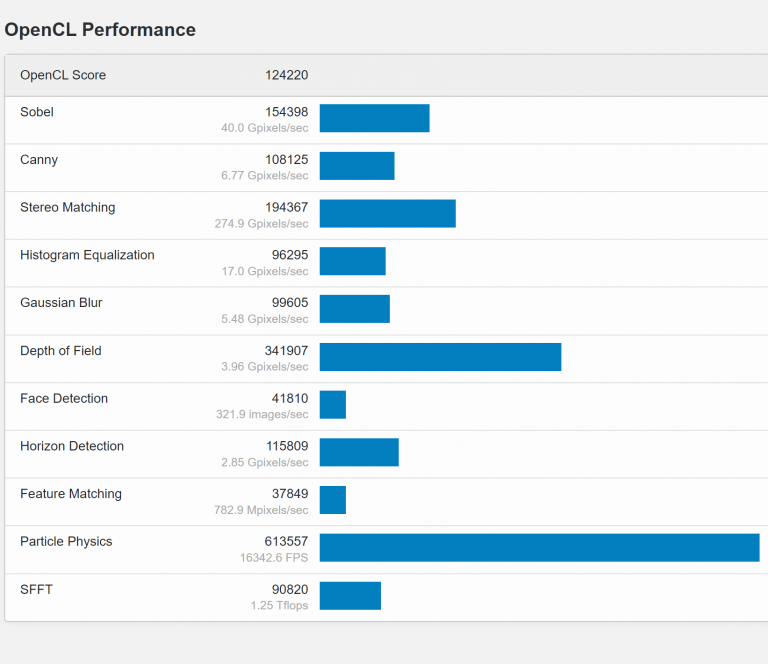 The RTX 3070 Ti Laptop GPU managed to score 124220 points in the OpenCL benchmark, which is thus far the only API that was tested. This API  is not a good comparison for gaming, but it shows the raw performance that can still be compared with existing NVIDIA solutions. In this case, the mobile RTX 3070 Ti is around 15% slower than its desktop version.

Geekbench’s score of RTX 3080 Laptop GPU shows nearly identical performance, but one should remember that those are average scores combining Max-P and Max-Q variants. Meanwhile, the RTX 3070 Ti Laptop GPU tested above is the full-powered version. 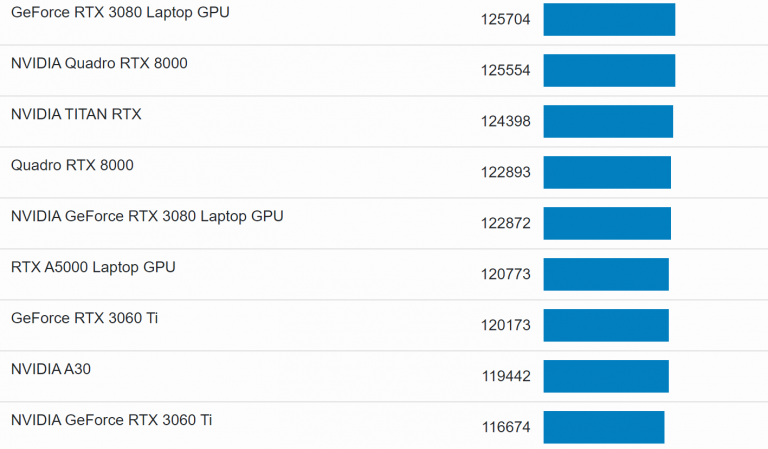 NVIDIA RTX 3070 Ti laptops will launch on February 1st with a starting price of 1499 USD. Officially, this GPU is to offer 1.7x of GeForce RTX 2070 SUPER performance. The 17-inch version of identically spec’ed MSI Vector will retail at 2600 USD.