A fresh leak has just dropped. It appears that notebook manufacturers will finally be able to pair AMD Ryzen processors with high-end NVIDIA GPUs.

According to the slides leaked by Wccftech, the next generation laptops should be available with both high-performance AMD Ryzen 5000H processors and NVIDIA “Ampere” GeForce RTX 30 high-end GPUs. The current generation of AMD Ryzen 4000H mobile CPUs is limited to PCIe 3.0 x8 interface, which was the reason cited by our sources for not developing laptops with graphics cards better than RTX 2060. This is all about to change as NVIDIA RTX 3070 and RTX 3080 GPUs would be offered with the Ryzen 7 series of the next Ryzen generation, the new leak suggests.

We have heard that AMD Cezanne (Ryzen 5000H) laptops were already listed on long-term roadmaps and datasheets with GeForce RTX 3070 and RTX 3080 graphics cards. Though the prototypes of next-gen GPUs have only started shipping to ODMs last month, so OEMs (companies working with ODMs) have not yet received the prototypes with such configurations. Regardless of this fact, the slides that appear to have originated at NVIDIA, would ultimately confirm that the company is ready to support AMD Ryzen 5000 CPUs. This will undoubtedly put a lot of pressure on Intel, which dominated the gaming laptop market for years. 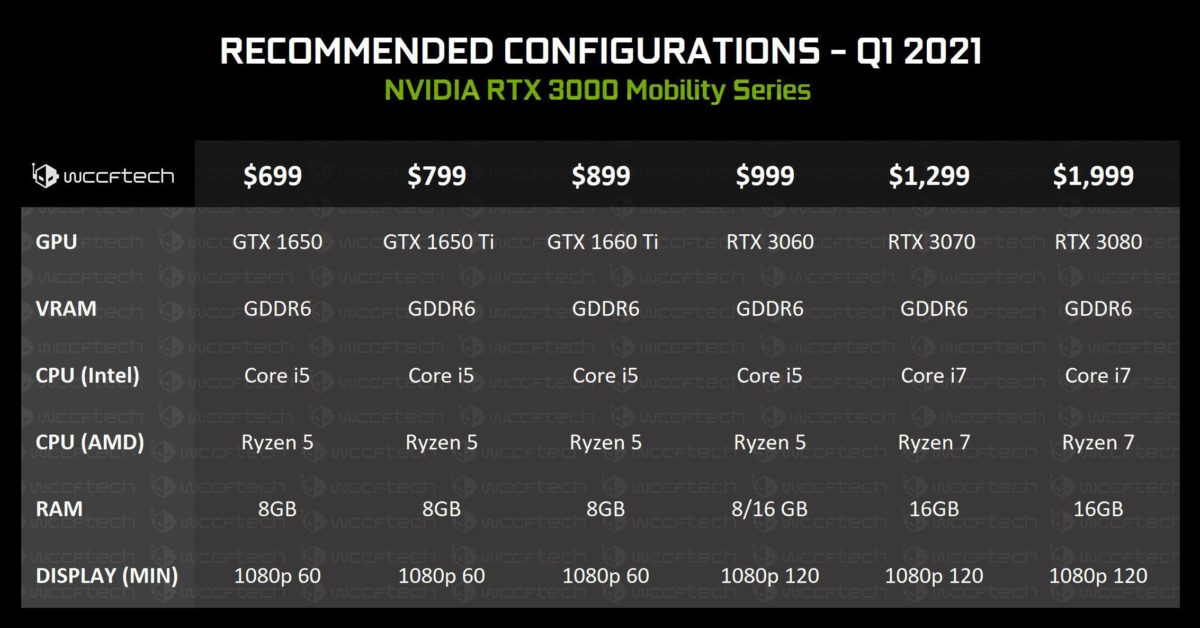 All three SKUs have already been listed by Notebookcheck with detailed information on their GPU variants. The RTX 3080 would be equipped with GA104-775 GPU, RTX 3070 with GA104-770, and RTX 3060 with GA104-610. The memory configuration is not yet confirmed, but depending on the variant, we will be seeing up to 8GB/16GB of GDDR6 memory on these cards. The memory speed will again depend on whether the card is in Max-P or Max-Q variant.

NVIDIA, AMD, and Intel have not yet officially confirmed when to expect the next-generation mobile hardware. We have been told that the announcements are expected at CES 2021 (which will be a virtual event this year). As for the actual launch, the Cezanne-H is now expected in late 2021, while Tiger Lake-H should launch in Q2 2021. According to the leak from Wccftech, the first laptops with RTX 30 mobile series should come from ASUS and MSI, with other manufacturers to follow in April, however, we have not been able to confirm this information. 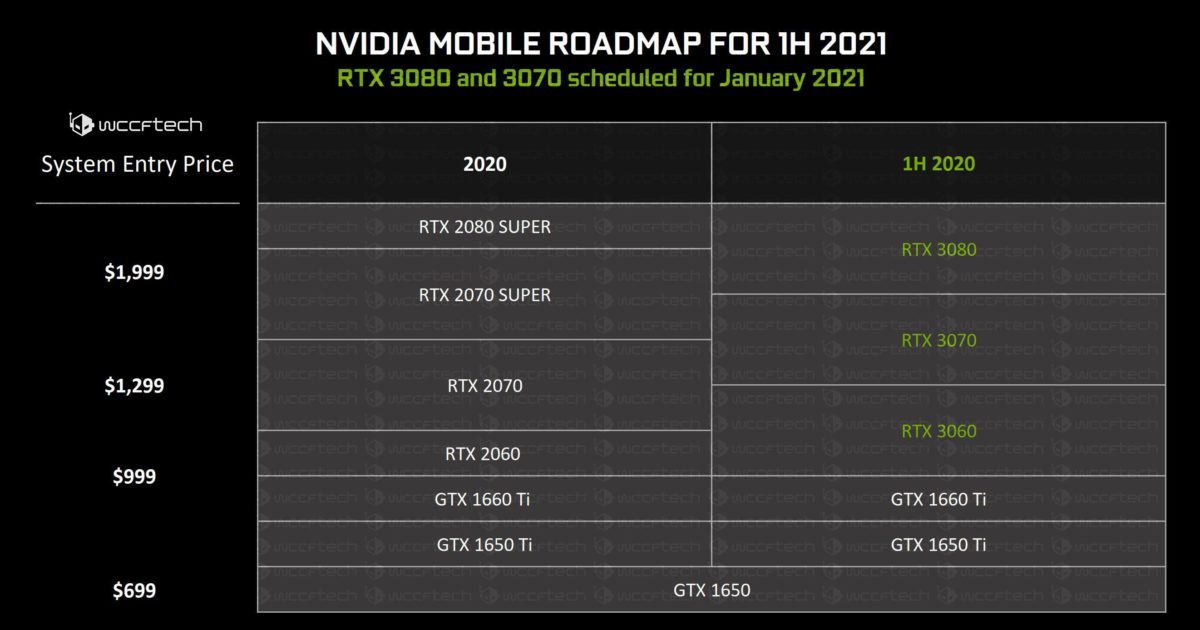