A new wave of Ampere mobile graphics cards is on the way.

A qualification sample of next-generation mobile graphics cards based on NVIDIA Ampere architecture has been pictured. The graphics processor codenamed GN20-E5-A1 allegedly refers to GA104 GPU. It is the same GPU we are going to see in desktop GeForce RTX 3070 and RTX 3060 Ti graphics cards.

The RTX 3070 Mobile is therefore the first GA104 model to be shown. This is also the first time we see the new GDDR6 memory layout around the GPU. It is much denser than the previous generation.

The GeForce RTX 3070 Mobile is pretty much confirmed to feature GDDR6 memory. The SK Hynix modules are labeled as  H56C8H24AIR. A quick google search reveals that the same memory is used by AMD Radeon Pro 550M. When it comes to the capacity, according to Notebookcheck, the RTX 3070 Mobile carrying the GN20-E5 codename should feature 8GB GDDR6 memory across a 256-bit bus.

The full GA104 GPU features 6144 CUDA cores, but the RTX 3070 Mobile is a cut-down variant of yet unknown confirmation. It may mirror the specs of the desktop RTX 3070 model, which features 5888 CUDA cores.

According to our sources, NVIDIA is preparing to launch its GeForce RTX 30 Mobile series around CES 2021. 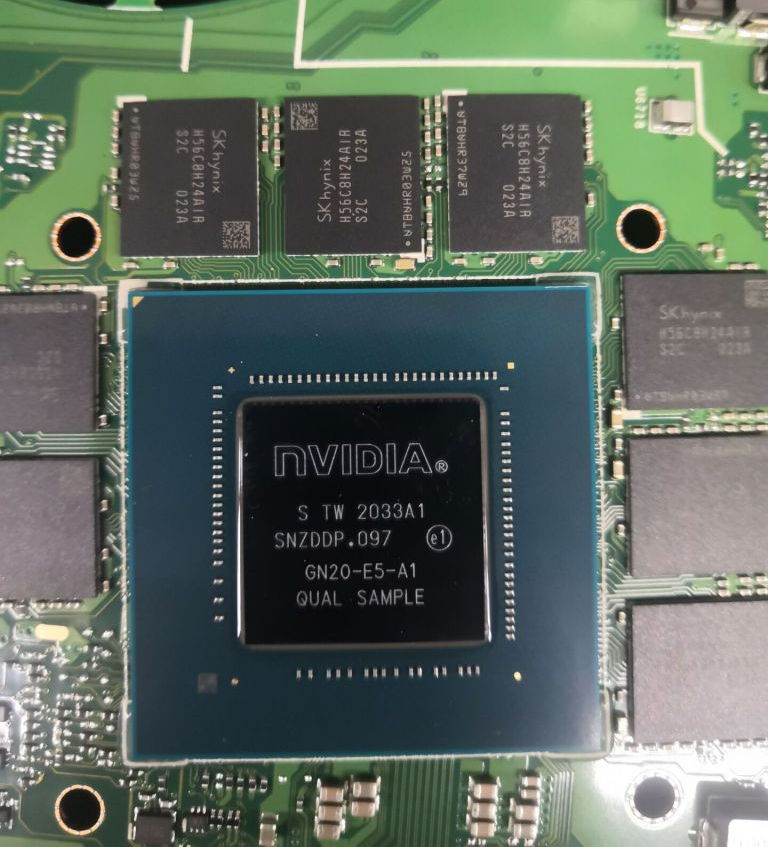