The RTX 3060 8GB is a new model released by NVIDIA last month alongside RTX 3060 Ti with upgraded GDDR6X. Both cards were announced as “additional versions” giving more choice to gamers and creators.

The RTX 3060 8GB is more than just a memory change. Due to smaller memory capacity, NVIDIA had to modify the memory bus width as well (from 192-bit to 128-bit). A shorter memory bus has an impact on memory bandwidth, and as a result can affect performance at high-fidelity gaming.

However, no other changes were applied to this model, it’s the same GA106-based card with 3584 CUDA cores and 170W TDP. Therefore, NVIDIA found no reason to put a new name on this model. That’s despite the fact there was never a desktop RTX 3050 Ti model perfectly suitable to take this spot. 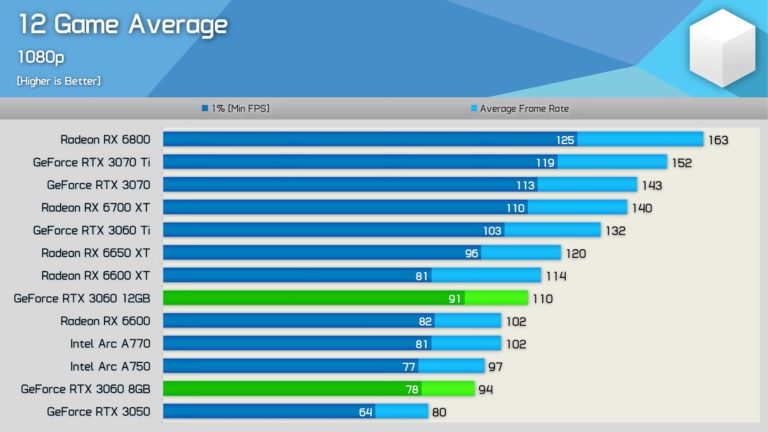 Hardware Unboxed tested the card at 1440p and 1080p resolutions with a goal not to exceed the 8GB memory buffer. This would show that the capacity is not the main issue, but the bandwidth. At 1080p resolution with 12 games tested, the performance difference between 12GB and 8GB model goes up to 17%. With higher resolution, the gap widens by 1% in favor of the original 12GB model. 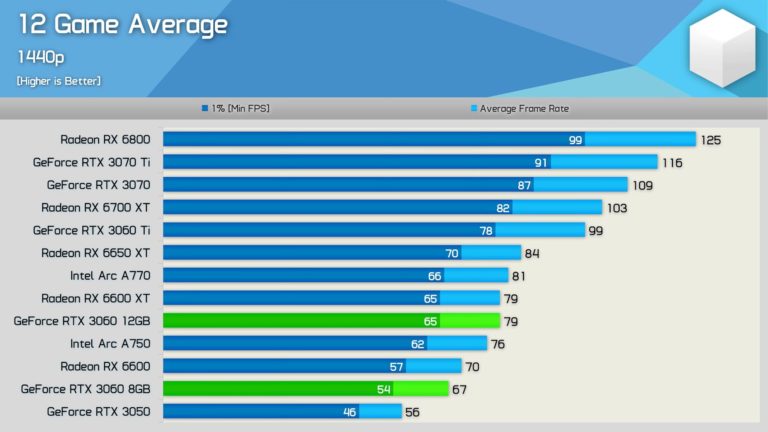 This model is now sold at nearly the same price as 12GB variant in US, while being 100 AUD cheaper in Australia. Consumers will have to ensure they are buying the correct model by checking the specs or looking for memory capacity information on the packaging.

The reviewer summarized the testing by calling RTX 3060 8GB a “horrible anti-consumer move by NVIDIA” mainly due to confusing SKU naming and a large performance gap between both SKUs. On the other hand, RTX 3060 8GB would make sense if the card was significantly cheaper than the original 2-year-old model, which unfortunately is not the case.