We have been receiving tips from various sources in regard to the upcoming NVIDIA GeForce RTX 3060 Ti graphics cards being listed across Europe. These cards are not expected to launch sooner than December 2nd. It is currently unclear how much will they cost in Europe, but it seems that many custom cards currently listed are selling for at least 484 EUR up to 592 EUR, depending on the model. Meanwhile, the Founders Edition, which has already shipped to reviewers, is rumored to cost 399 USD in the US.

Latvian Dateks has quite a few RTX 3060 Ti cards listed. The pricing appears to be randomized (for instance the OC model being cheaper than non-0C): 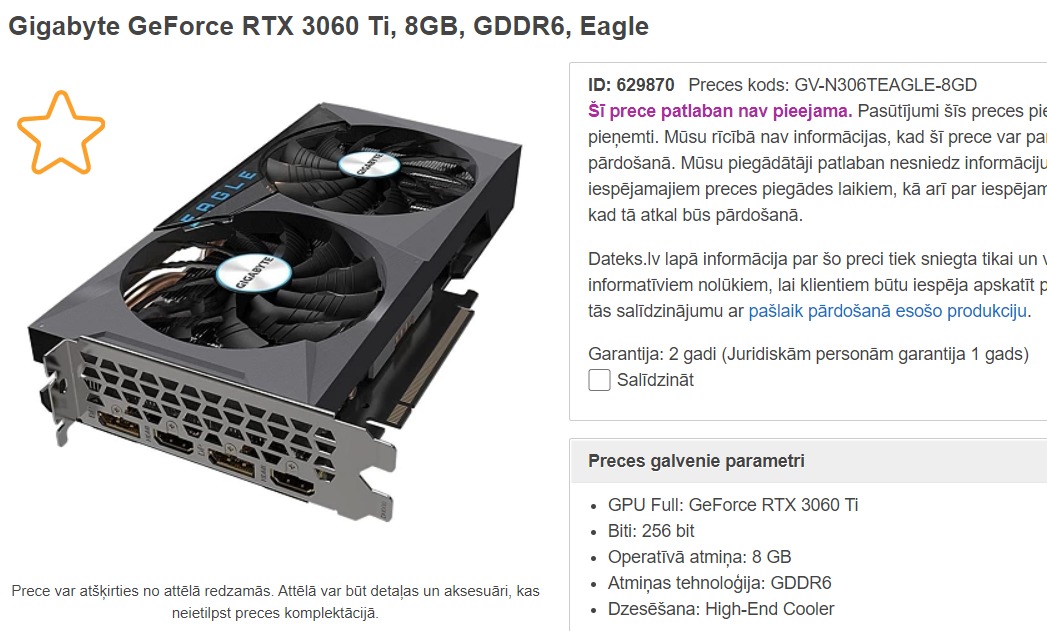 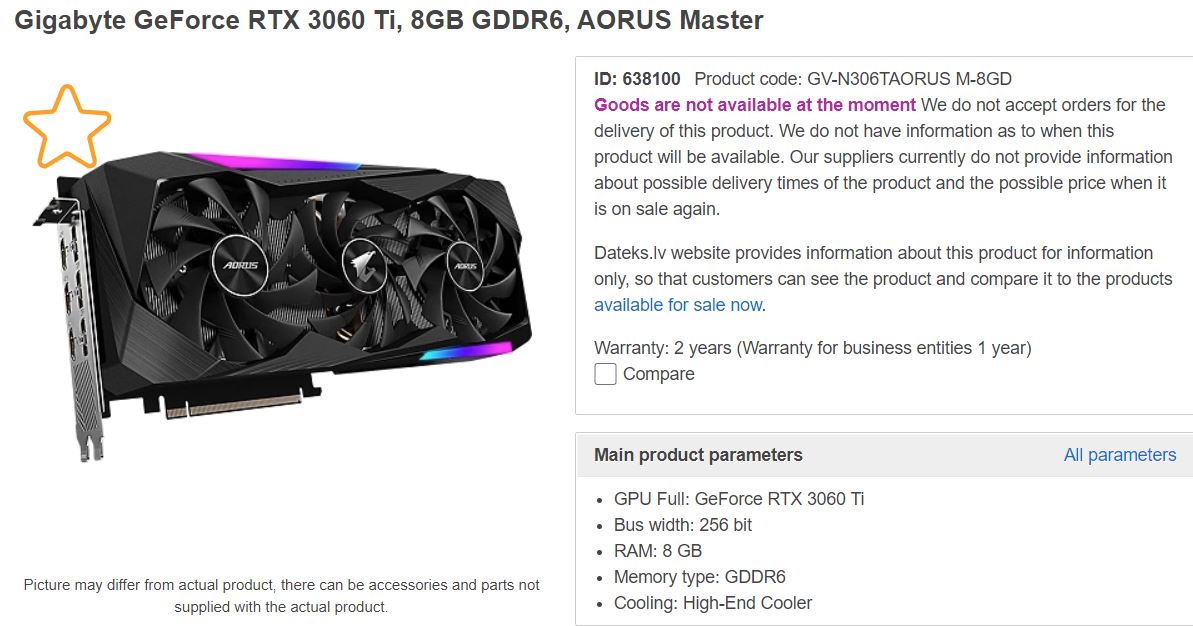 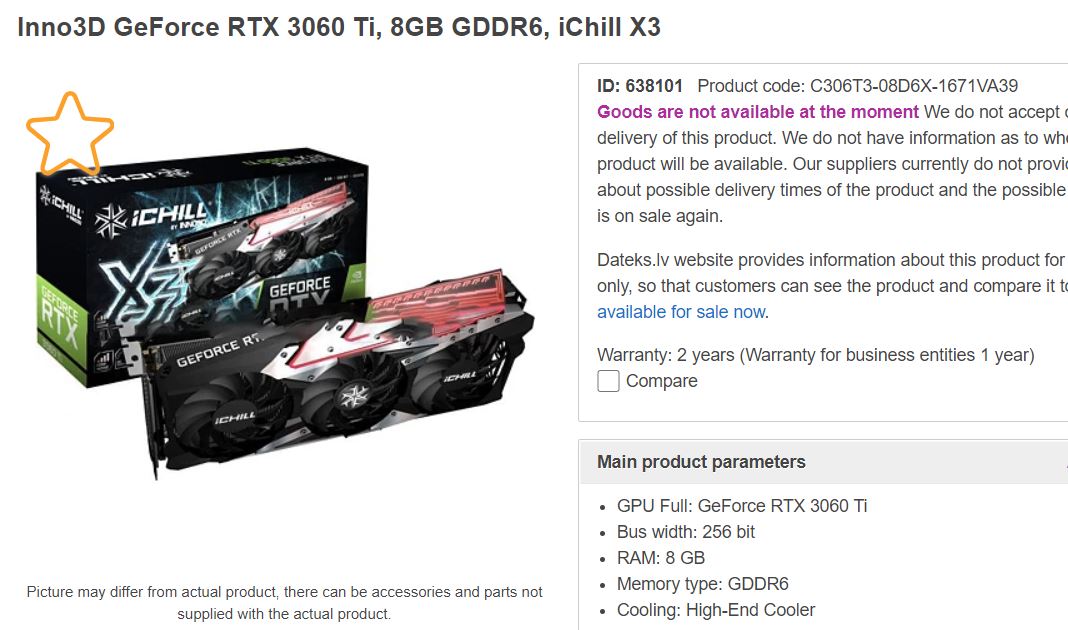 A new PNY card with the most unforgettable name possible has been listed by Spanish retailer 101gigas. The PNY RTX 3060 Ti Gaming Revel EPIC-X is listed as a dual-fan model that will retail at 526.92 EUR with VAT:

Scan UK has the RTX 3060 Ti EAGLE listed from Gigabyte with no pricing available. The card is not available for pre-order, but we learnt that the NDA ends on December 2nd, as expected.

PCDiga has RTX 3060 Ti Gaming OC listed from Gigabyte at a price of 525.90 EUR. Delivery is expected on December 4th: