The GA104-200 based NVIDIA GeForce RTX 3060 Ti is now listed by retailers on Taobao. The graphics card is not expected to launch until mid-November. NVIDIA has not yet confirmed the graphics card publically, but we expect official news very soon, possibly right after the manufacturer announces GeForce RTX 3070 (October 29th).

The graphics card offers 4864 CUDA cores paired with 8GB of GDDR6 memory. The retailers seem to believe that the new Ampere SKU should be faster than GeForce RTX 2080, which shouldn’t be really that surprising, considering that RTX 3070 is advertised as faster than RTX 2080 Ti.

Please note that the pictures attached below do not show the actual cards. However, but is a fact, they are expected to look very similar to RTX 3070 designs.

The seller believes that RTX 3060 Ti should become available after November: 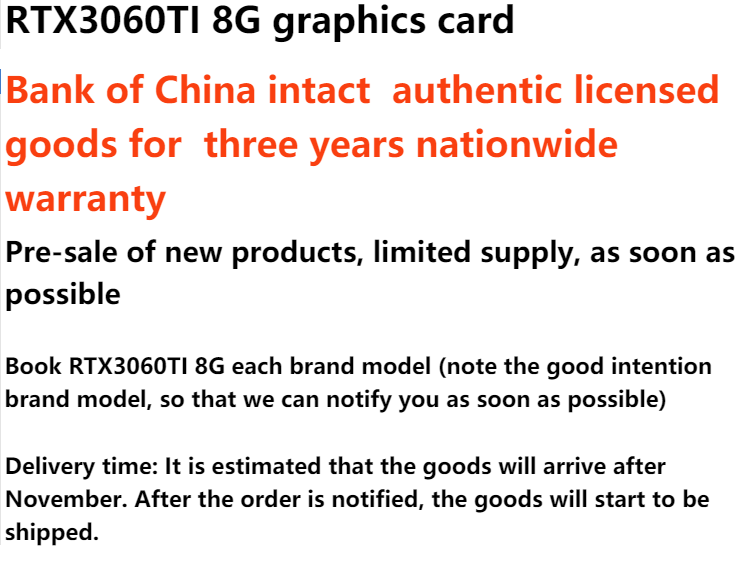