Last week NVIDIA formally introduced its GeForce RTX 3080 and RTX 3070 Laptop GPUs. The higher-end mobile graphics cards are both based on GA104 GPU. The RTX 3060 which is being formally launched today (reviews and sales) features GA106 GPU, making it the first NVIDIA product to be available with this processor.

NVIDIA is introducing a long list of Ampere mobile graphics cards. A list provided to ComputerBase featured 28 different configurations. The RTX 3060 features 3840 CUDA cores, which is more than the desktop variant that will launch by the end of this month. The graphics card is paired with 6GB of GDDR6 memory which is attached to a 192-bit wide memory bus. Officially the graphics card is available in 60 to 115W variants with clock speeds varying from 1283 to 1703 MHz.

There aren’t that many reviews online yet (feel free to post them in the comments should you find any). A new review featuring RTX 3060 Laptop GPU has been shared by HardwareUnboxed. Interesting though this review covers two variants of the RTX 3060 GPU: 115W and 80W variant.

The review is based on XMG Apex 17 gaming laptops (one with AMD Ryzen CPU and the other with Intel Core). The AMD-based system features an RTX 3060 graphics card with a boost clock of 1702 MHz, supports Dynamic Boost, and has Resizable Bar support. It does not support Whisper Mode or Advanced Optimus though. This SKU is presumably the top RTX 3060 SKU in the current lineup. 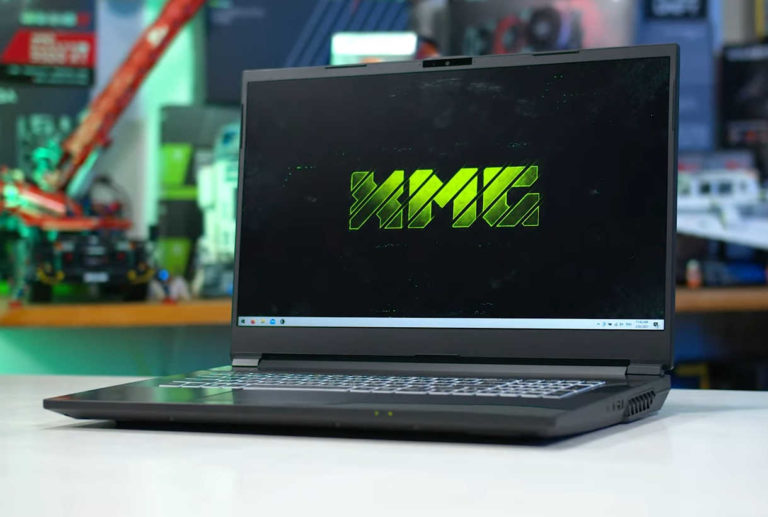 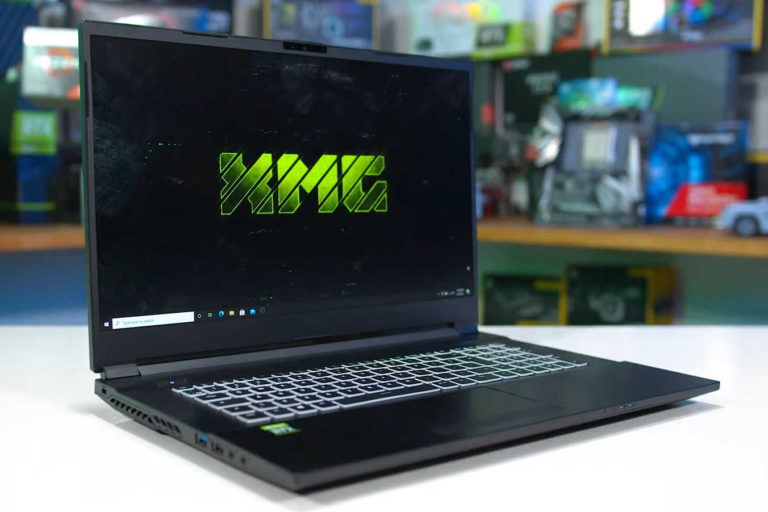 Intel-based XMG Apex 17 has a 1425 MHz boost and TGP of 80W (this is literally the second slowest RT 30 Mobile GPU in the whole lineup). Unlike the AMD system, this laptop does not support Resizable BAR, while it does support Whisper Mode. Both laptops have 14 Gbps memory. 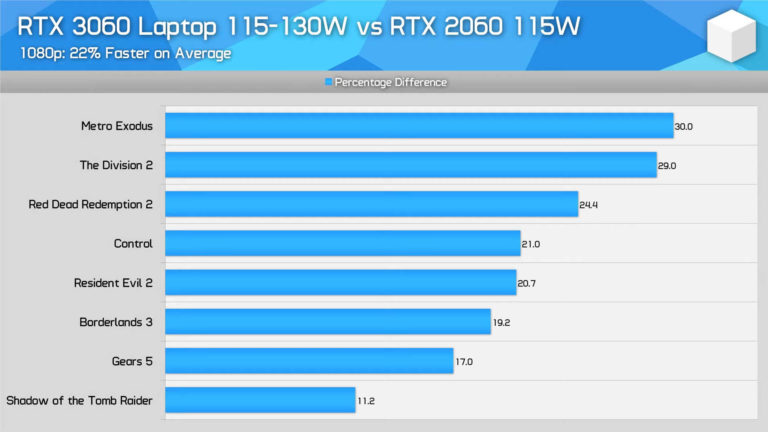 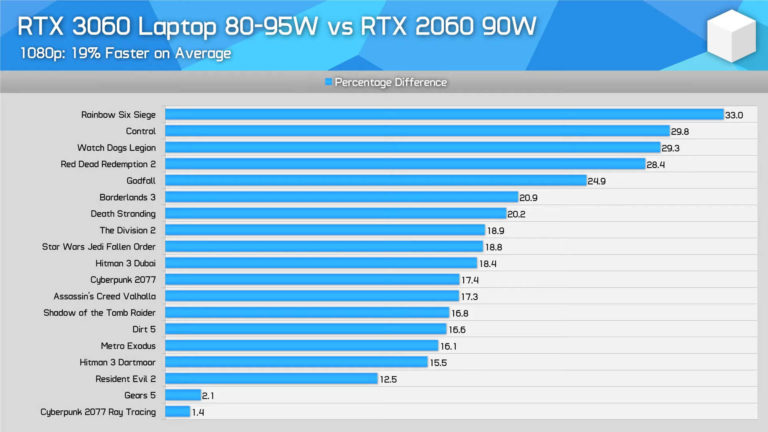 Laptops are now available from retailers such as Scan UK (who formally announced their availability). The price ranges from 999 GBP for ASUS TUF Dash F15 to 2249 GBP for Ryzen Blade 7 Pro. 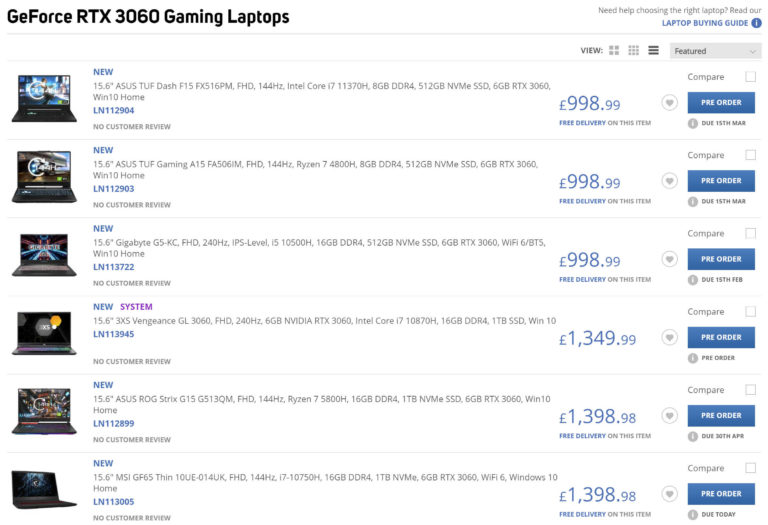 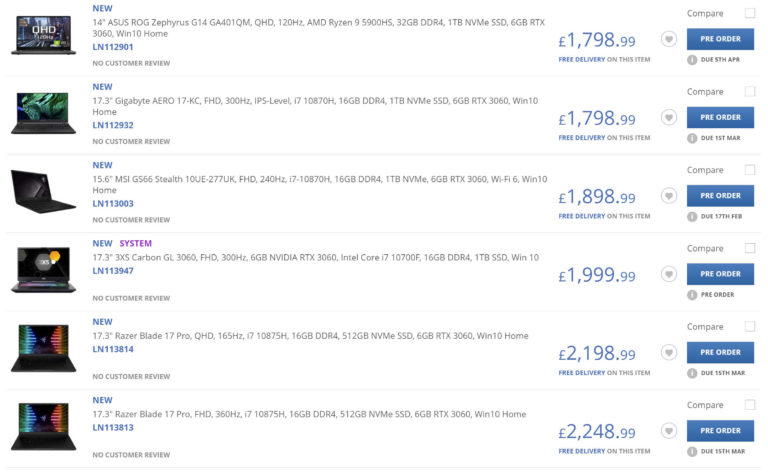