The desktop GeForce RTX 3060 is not here yet, but the mobile version apparently already has already reached first customers.

The mobile and desktop RTX 3060 series are both based on GA106 GPU, however, they offer a different number of CUDA cores. The RTX 3060 Laptop GPU has 3840 CUDA cores whereas the desktop variant only ships with 3584. The mobile variant will be power limited to 80W but can be configured up to 130W (35W from OEM adjustment and 15W from Dynamic Boost). Meanwhile, the desktop RTX 3060 will have a TDP of 170W.

According to the message posted on Tieba Baidu forums, an overclocked RTX 3060 Mobile is able to reach 48.99 MH/s in ETH mining (nbminer). This is around 19% slower than RTX 3070 desktop, in other words, a very good value, almost as good as GeForce RTX 2080 SUPER.

At this moment is it unclear how much faster or slower the desktop RTX 3060 might be from the laptop version. The former is not expected to launch until late February, but laptops featuring GA106 GPUs can already be seen in the wild. This particular laptop is from Clevo (NH5x_7xDPx) and features an Intel Core i5-10200H CPU. 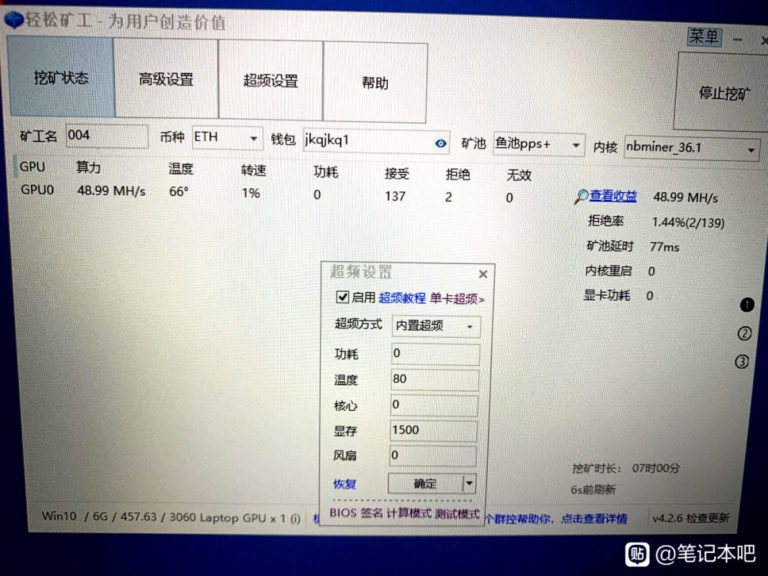 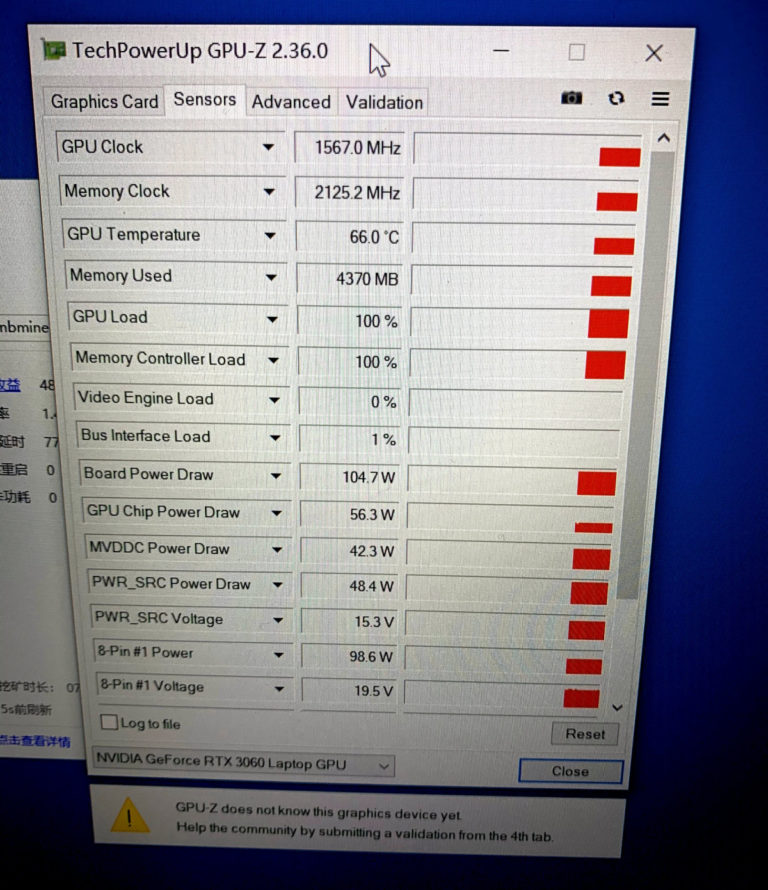 Many thanks to hansungniame for the tip!