According to our information, NVIDIA had only released a press driver yesterday. With only four days for independent tests, reviewers are rushing to verify the performance of this upcoming mid-range graphics card from NVIDIA.

In Ashes of the Singularity benchmark database, the first results have just appeared. The graphics card has been tested twice, one result could be stock, while the other could be with overclocking applied. In the Crazy 1080p benchmark, the card scored 6600 points or 67.8 average framerate. The second test increased the score to 6800 points and 69.8 FPS on average. 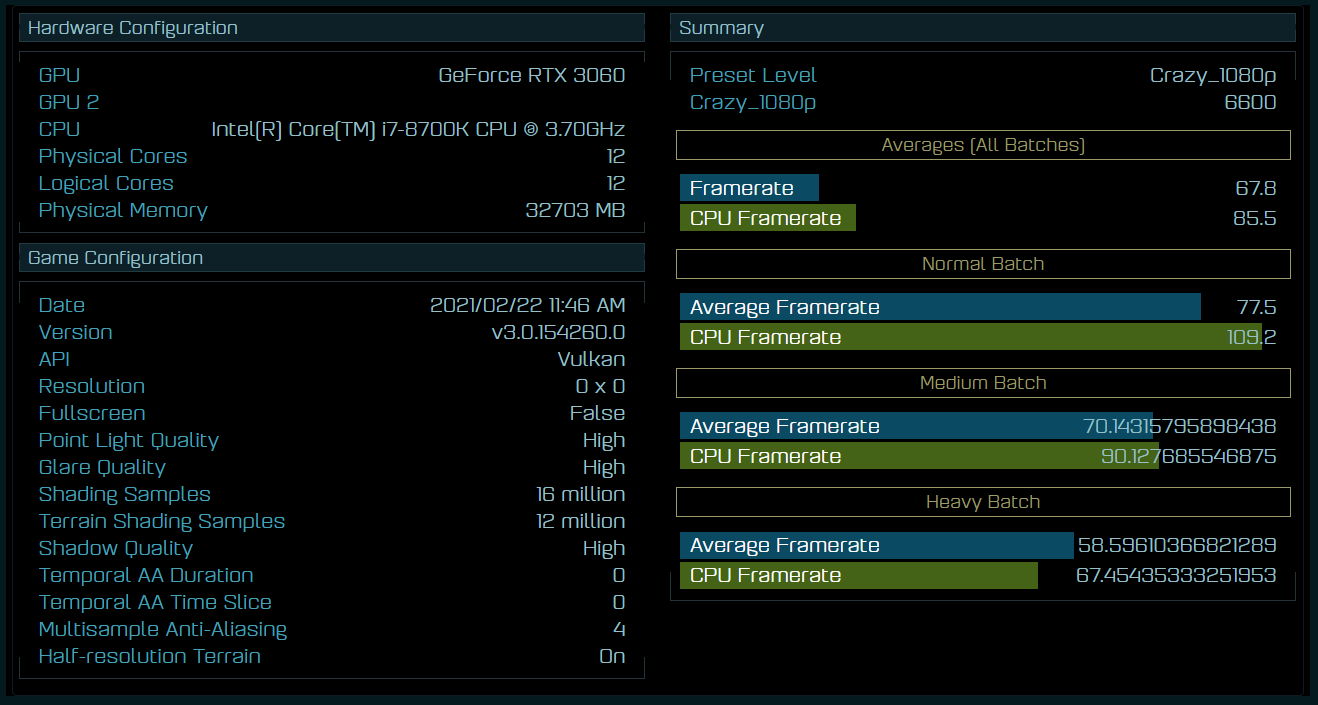 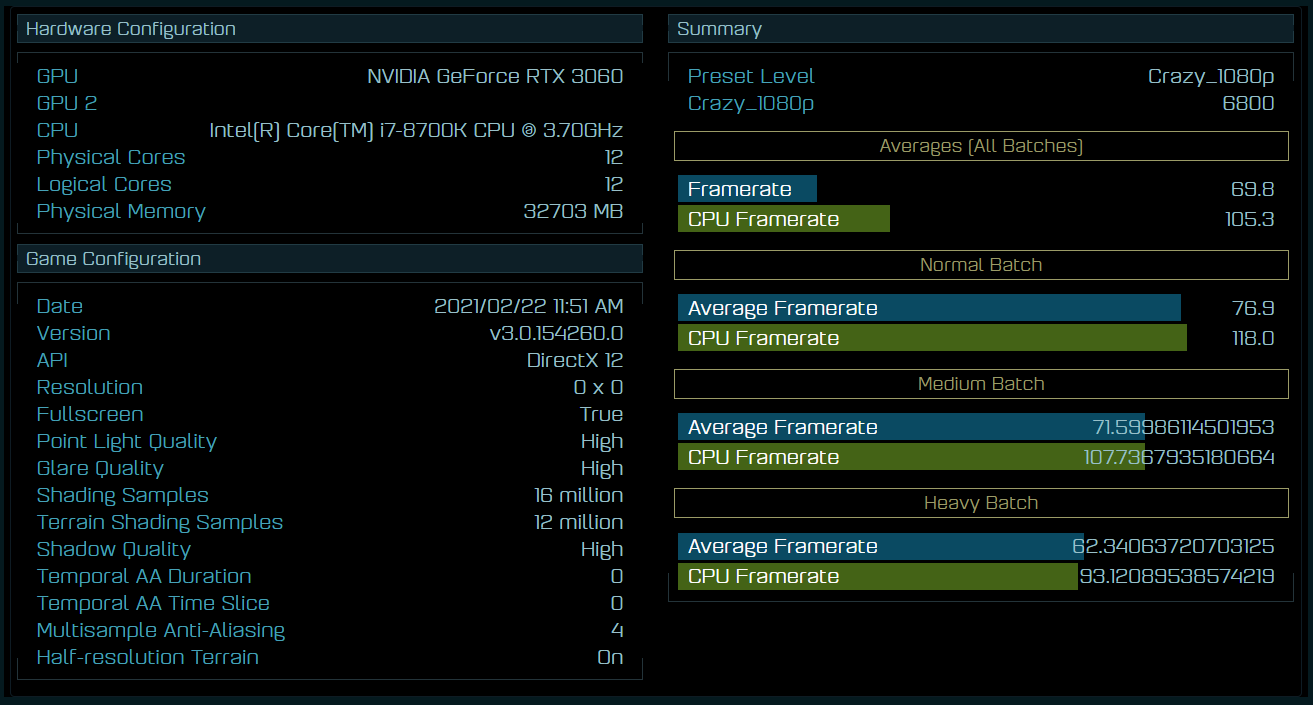 We compiled a list of graphics cards tested by the same user. All tests are in Crazy 1080p preset and have been performed on Intel Core i7-8700K CPU. Do note that the model tested could be a custom model with factory-overclocking applied. NVIDIA will not launch RTX 3060 Founders Edition.

With an average score of 6700 points, the Ampere-based GeForce RTX 3060 is 19% faster than its predecessor, the RTX 2060. The graphics card is actually even faster than RTX 2070 with a 9% performance advantage.

NVIDIA GeForce RTX 3060 will officially launch on February 25th. This is the first GA106-based model which is equipped with 12GB GDDR6 memory and 3584 CUDA cores. The card has an MSRP of 329 USD, however, we are yet to see this card at this price in a single store.