NVIDIA’s upcoming mid-range GeForce RTX 3060 graphics card has just appeared on Belarusian second-hand market Onliner. Probably no other graphics card in history was sold in this number before it was even officially released. We have been hearing about distributors and retailers selling RTX 3060 before the embargo in almost every part of the planet. This is despite no drivers being available, which essentially generates those cards useless in gaming, but not for mining.

A person named Artem is offering three Gigabyte GeForce RTX 3060 Eagle OC graphics cards for sale at a price of 2800 BYN, which is 1080 USD. Unfortunately, this is not the price of all three cards, but for a single one. So yes, this person is selling RTX 3060 for 1080 USD each. 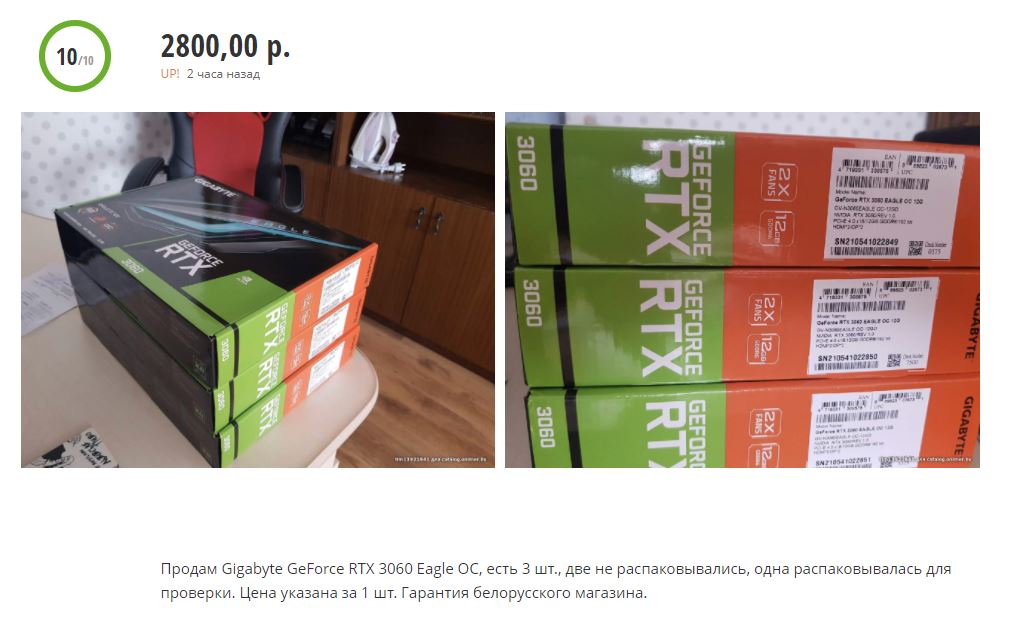 The description says that one of the graphics cards was already unpacked for verification. One would guess that the verification was limited to checking mining performance. NVIDIA has announced that RTX 3060 will be the first graphics card that will feature a crypto-mining limiter, that will reduce the hash rate once the firmware detects the mining algorithm. Upon checking how slow the graphics card is, the seller might have decided to get rid of the graphics cards. However, there are reports that due to the high value of cryptocurrency, the RTX 3060 can still generate enough money to be considered profitable.

Whether the seller decided to sell the cards because they are no longer useful for mining, or he is simply a scalper who is trying to make a profit, we don’t know. Unfortunately for the original seller/distributor, the photos reveal serial codes of the cards being offered. This can easily lead Gigabyte to track where the cards were sold and by whom. 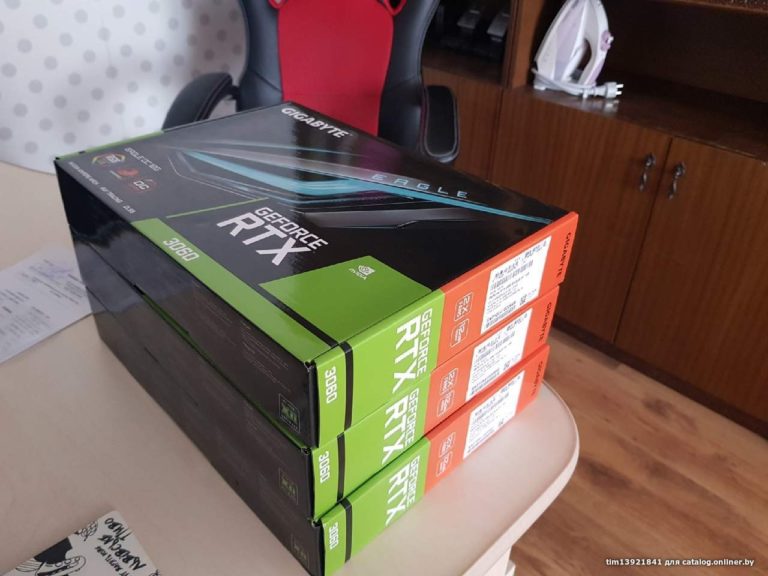 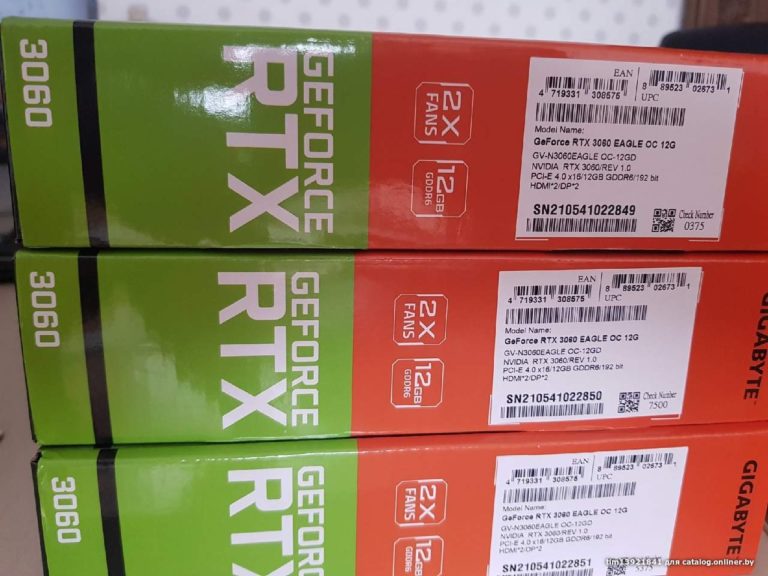