According to leaked photos from a retailer warehouse, the launch stock of the upcoming RTX 3060 graphics card has already reached the stores. 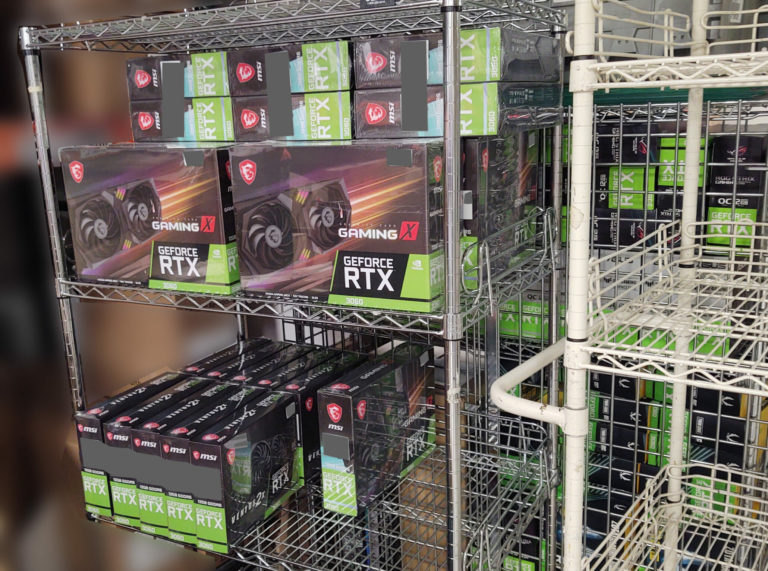 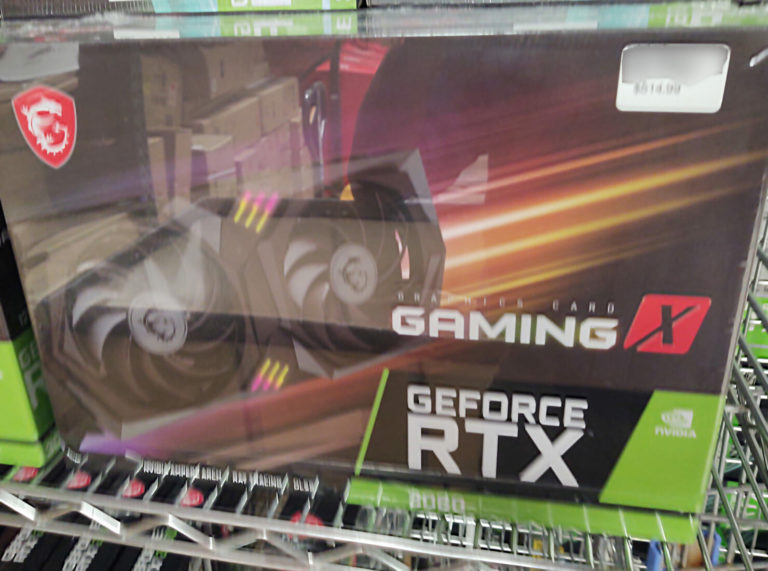 Those who expected to buy GeForce RTX 3060 at NVIDA’s suggested retail price (MSRP) may need to look elsewhere. An undisclosed retailer is already stacking RTX 3060 cards from popular board partners. According to the photos, some cards will cost as much as 515 USD, with the cheapest models going for around 485 USD. This is well above the MSRP of 329 USD.

MSI GeForce RTX 3060 Gaming X TRIO, the flagship model from the manufacturer will cost 515 USD, according to the price tag that is seen in the photos. The same manufacturer has already shipped RTX 3060 Ventus 2X models apparently, which would retail at 485 USD. Meanwhile, ASUS RTX 3060 ROG STRIX OC is now expected to cost 500 USD with the TUF Gaming model being around 10 USD cheaper. ZOTAC Twin Edge OC might retail at 500 USD, nearly 170 USD above MSRP.

Pricing of GeForce RTX 3060 at undisclosed US retailer:

It is hard to guess from the photos, but it would appear that the retailer has already around 30-50 cards in stock. We do not know if this is just a branch of a bigger franchise or a local retailer. Hopefully, this shop will enforce strict rules as to how many cards can each customer buy. Despite the very high price, it is expected that this RTX 3060 stock will be sold out within minutes. Gamers simply have no other choice, as no other high-end graphics cards are currently in stock. 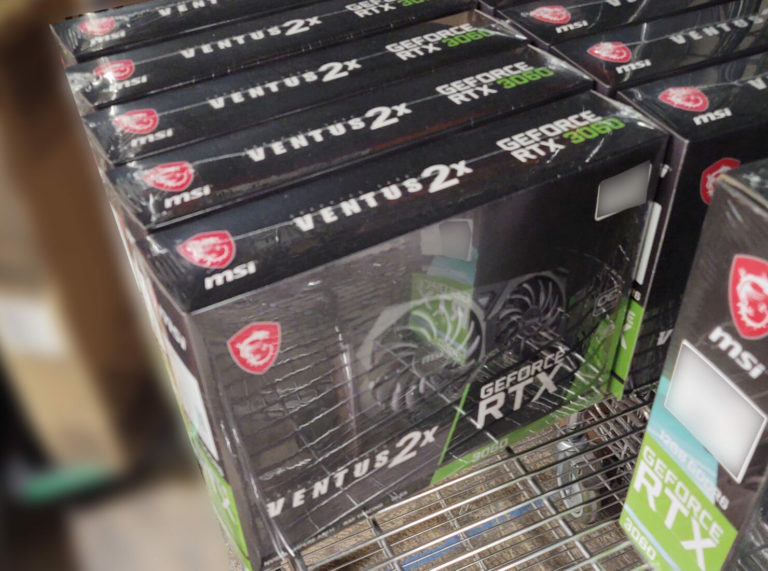 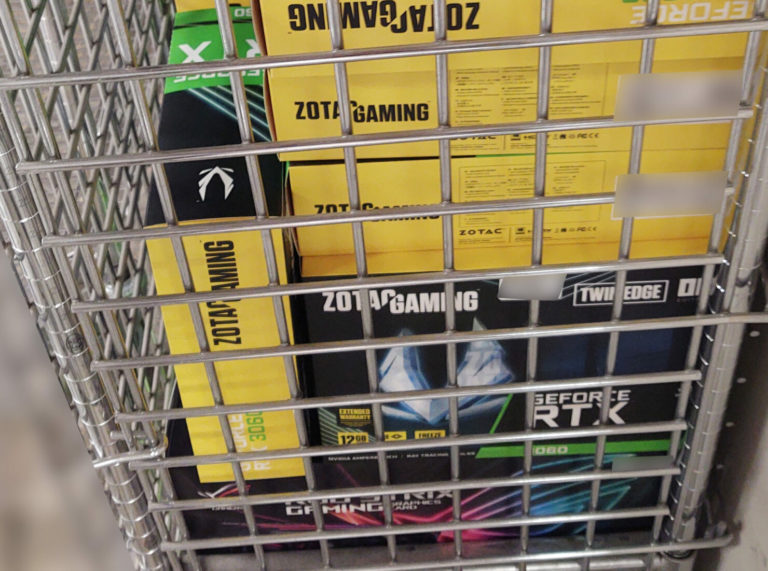 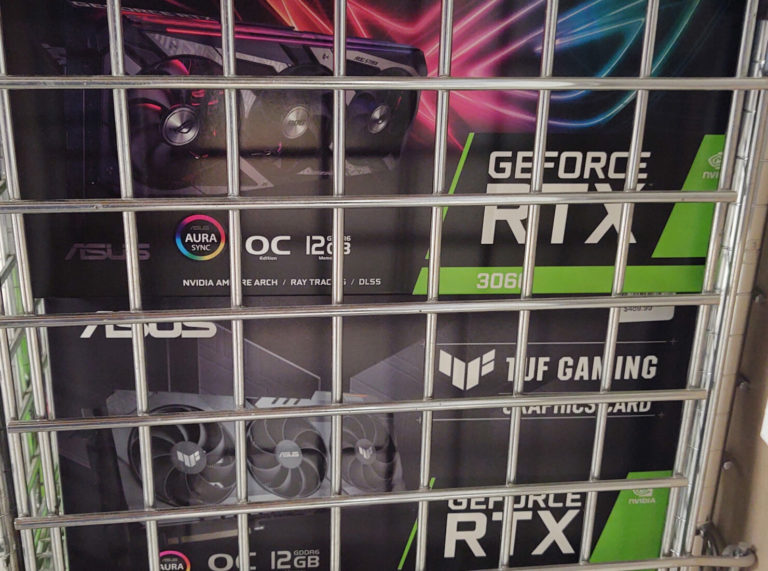