The GPU has just been spotted on Geekbench with 16 Compute Units (Streaming Multiprocessors). With each SM featuring 128 CUDA cores, the full GPU configuration features 2048 CUDAs in total. The RTX 3050 mobile and desktop series is likely to feature NVIDIA’s new Ampere GA107 GPU. According to the specifications shared by the software, this entry-level gaming GPU will be offered with 4GB of RAM (possibly GDDR6).

The RTX 3050 Laptop GPU appears at the same time as Intel is preparing its Tiger Lake-H series of CPUs. In this particular leak, the GPU appears alongside Core i5-11400H, one of the slowest Tiger Lake-H processors in the series. This CPU has a base clock of 2.7 GHz and a boost of 4.5 GHz, according to the leak. 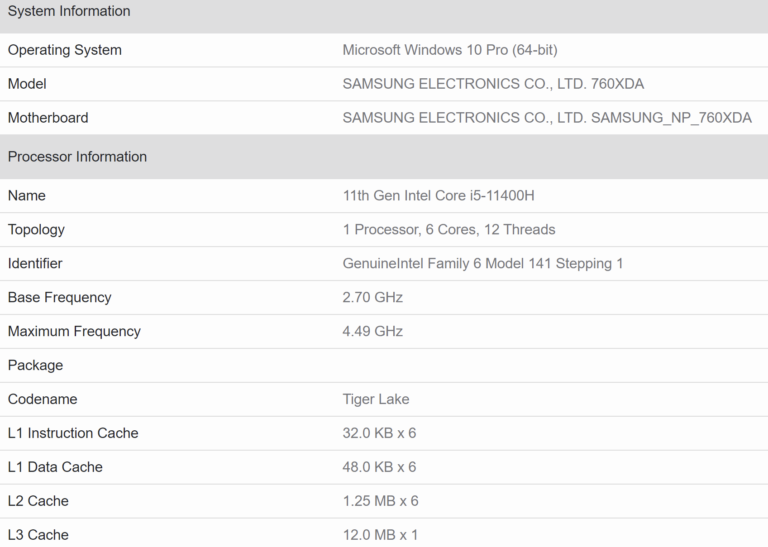 NVIDIA GeForce RTX 3050 series have already appeared on the ASUS website. It is possible that both variants (Ti and non-Ti) will launch at the same time.

The RTX 3050 will be the fifth graphics card in the RTX 30 Laptop GPU series: