NVIDIA GeForce RTX 3050 is not good for Ethereum mining

NVIDIA GeForce RTX 3050 is for gamers, not miners

Our source in China provided some Ethereum mining performance of the upcoming RTX 3050 graphics card. It appears that the card ships with the Lite Hash Rate algorithm in place because the hash rate drops from 20-ish to 12.5 MH/s in a matter of seconds. You can see that to achieve this hash rate, the card only consumes 73W. 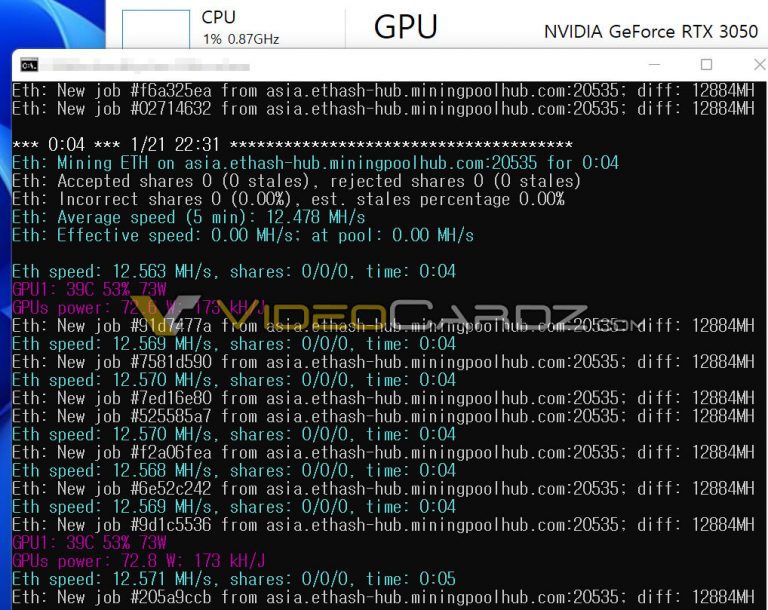 Those figures appear to be confirmed by a Chinese YouTuber 潮玩客, who published similar results using a different mining software. According to those results, the card offers 13.66 MH/s at 57W, which implies further optimizations (power limit/memory overclocking): 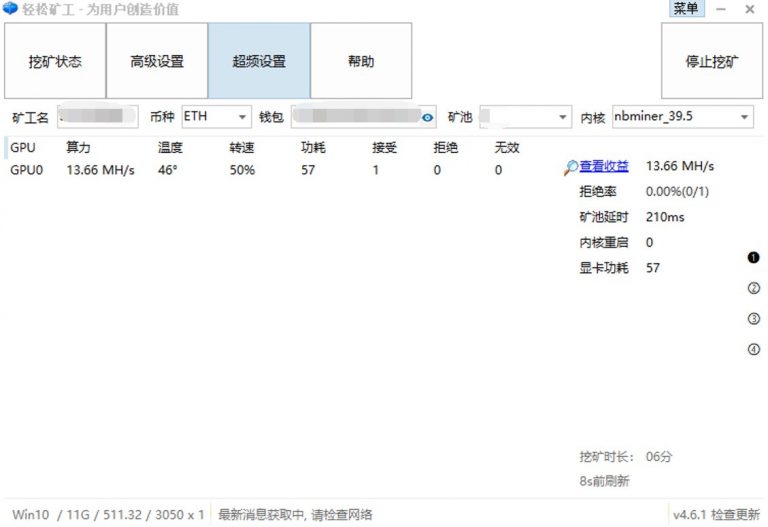 Now, taking those figures into account, with NVIDIA’s suggested retail price and the current value of Ethereum, the return of investment for RTX 3050 is already at 500 days and that’s assuming the card costs 250 USD. In any other case, such as the card going retail at 350 USD, the ROI is 700 days.

With crypto coins value going down and the supposed Ehtereum transition to proof of stake model now planned for June 2022, it makes no sense to invest in RTX 3050 to mine. Gamers rejoice.