We have some first benchmark results of the upcoming RTX 3050 desktop entry-level GPU.

In 3DMark Time Spy, NVIDIA’s latest card can offer up to 24% more performance than AMD’s Radeon RX 6500 XT. Interestingly, the AMD card is just a few percent slower than RTX 3050 in FireStrike, which favors powerful rasterization engines, such as AMD’s RDNA2 GPUs. 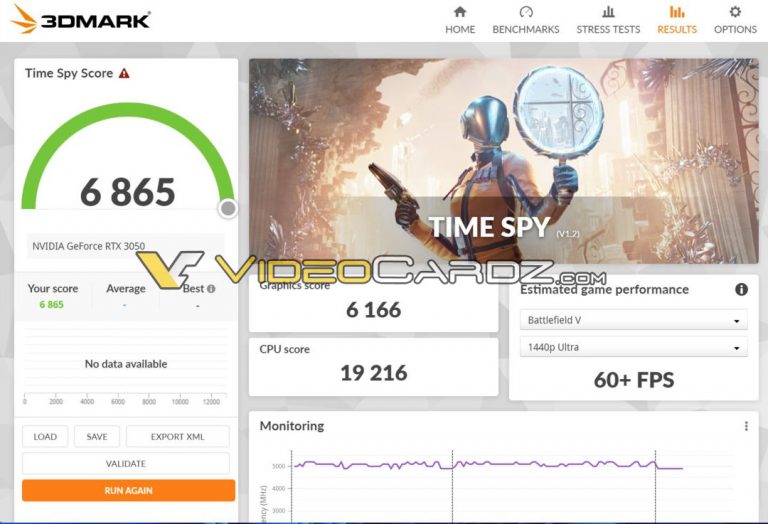 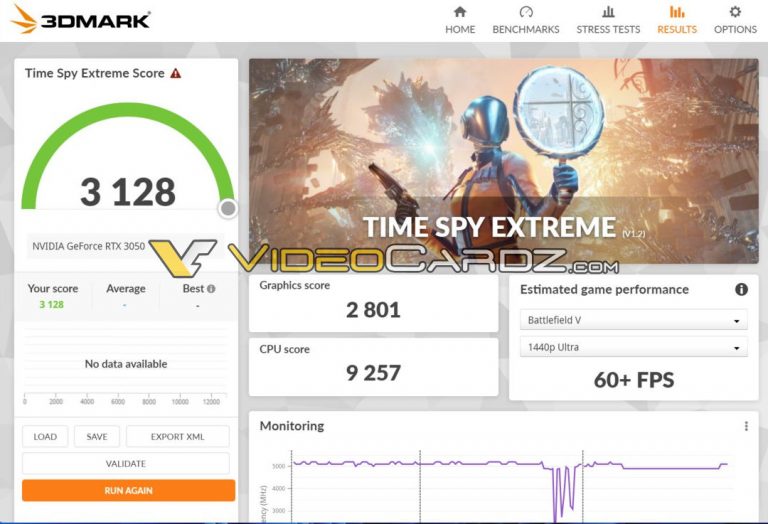 Of course, 3DMark scores are no longer as important for gamers as they used to, especially when new technologies are in places, such as raytracing or DLSS. However, they still serve well for SKU comparisons, especially under the same architecture.

One should notice that RTX 3050 performance should be on pair with NVIDIA GTX 1660 Ti, the most powerful non-RTX Turing from the previous generation.  This card lacks ray tracing and DLSS support, and yet it retails at a minimum of 480 EUR. Hopefully, this is not an indicator of RTX 3050 ‘actual’ retail price. 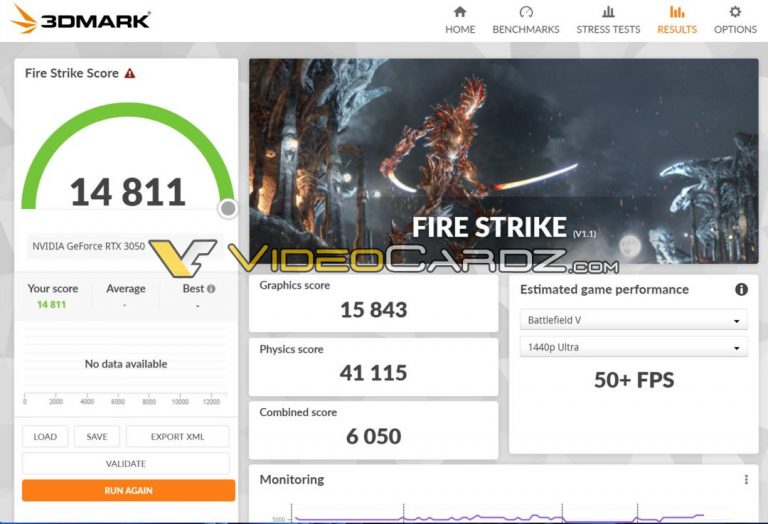 The card launches on January 27th, but the first independent reviews drop a day sooner. The card will retail at 250 USD/279 EUR and it should become available on the same day it launches. It has already been confirmed that the RTX 3050 is not good at Ethereum mining, so maybe, just maybe this time around it will be easier to buy NVIDIA’s newest card.