Notebookcheck has exclusive information on the upcoming GA107 based laptop GPUs from NVIDIA.

The site has confirmed that GeForce RTX 3050 Laptop GPU will feature 2048 CUDA cores while RTX 3050 Ti will sport 2560 cores. Both GPUs are to be based on GA107 GPU, the upcoming entry-level GPU from NVIDIA. Notebookcheck has no details on the GPU architecture of the new graphics processor, but being part of the RTX series it clearly is the first entry-level chip (xx50 Series) featuring RT and Tensor cores – a major upgrade over GTX 16 series.

Both SKUs are to offer the same memory configuration of 4GB GDDR6 and 128-bit memory bus. Judging from the 5.5 GHz memory clock, these GeForce RTX cards are targeted at 1080p gaming at most.

The site also received initial synthetic and gaming benchmarks. The data shown appears to reflect mobile GPUs performance, not their desktop variants. According to the data, RTX 3050 Ti would be 9% faster than the non-Ti variant in 3DMark Time Spy and up to 15% and 41% faster in Shadow of the Tomb Raider at Ultra and Medium presets respectively (resolution not specified).

In comparison to GTX 1650 Ti, the RTX 3050 Ti offers over 46% uplift in Time Spy and 63% in Tomb Raider at Medium (44% at Ultra). The RTX 3050 is 37% faster in Time Spy and 27%/36% after in Tomb Raider at Medium and Ultra respectively. Those are indeed significant upgrades over the Turing GTX series, assuming that all data was collected on similarly spec’ed machines and similar TGP mobile GPU variants. That unfortunately is not clarified either. 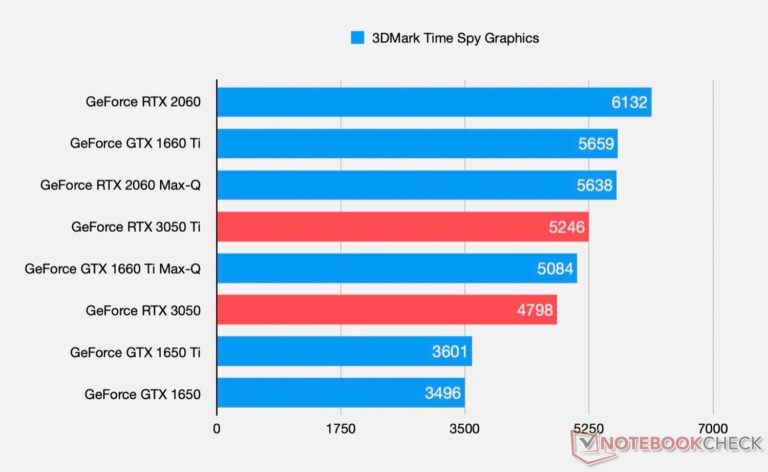 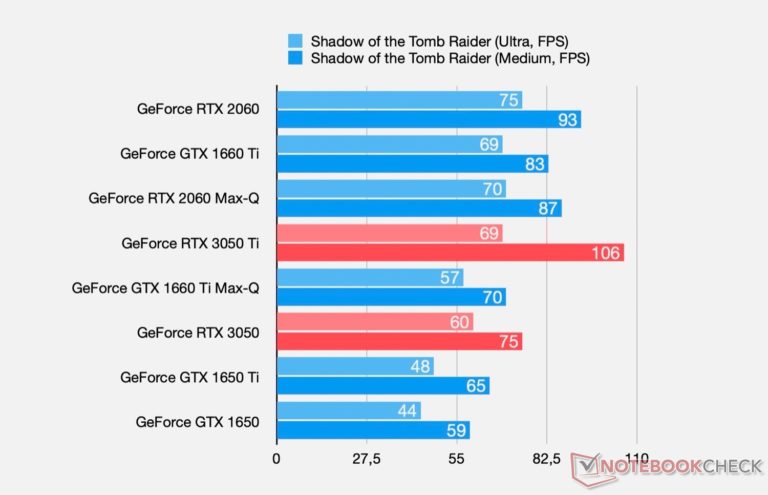