In November, Notebookcheck exclusively reported that NVIDIA will launch a SUPER refresh of their existing GeForce 20 Mobile series. Today a new entry in Geekbench discovered by APISAK confirms that the new series is very close.

NVIDIA RTX 2080 SUPER, codenamed N18-G3R, is expected to be 80W TGP card in Max-Q design (as in the leak) and 150W+ in the standard version. This model will still feature 8GB GDDR6 memory.

Interestingly, the new GeForce RTX is paired with yet unreleased Comet Lake-H CPU, the Core i9-10980HK, possibly the flagship mobile CPU for the 10th Gen Core series. The 10980HK is an 8-core and 16-thread processor with a reported boost at 4.92 GHz (but Intel already advertised 5GHz+ clocks for the upcoming H-series). So the actual boost frequency should be much higher, considering this is the i9 part, not i7 as in the CES 2020 presentation.

This also gives us a timeframe for the RTX 2080 SUPER release, as Intel already confirmed that the Comet Lake-H series will launch this quarter. 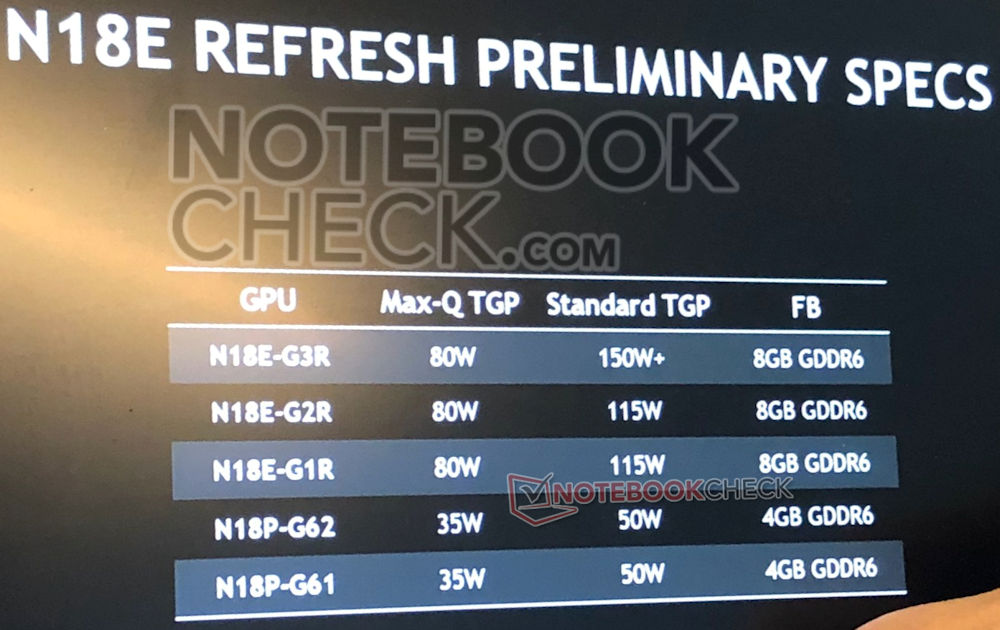