Yet unreleased GeForce RTX 2060 graphics card has been discovered by APISAK in Final Fantasy XV benchmark database. Interestingly, the leak would suggest that NVIDIA’s upcoming mid-range model is still featuring RTX branding, not GTX as previously speculated. This would indicate that even mid-range card would feature RT Cores and possibly even Tensor cores.

The leak puts RTX 2060 between GTX 1070 and GTX 1060 6GB. Performance-wise the mid-range card would be twice as slow as RTX 2080, which scored 4880 – give or take. Which means the RTX 2060 would follow the footsteps of their predecessors in terms of where the model would stack in the series. 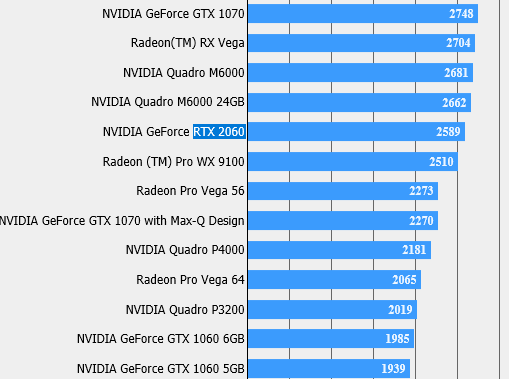